Come Out, Come Out To See Act V's Dear Harvey

Come Out, Come Out To See Act V's Dear Harvey

December 1st and 2nd at 8pm and December 3rd at 2pm in Memorial Auditorium. 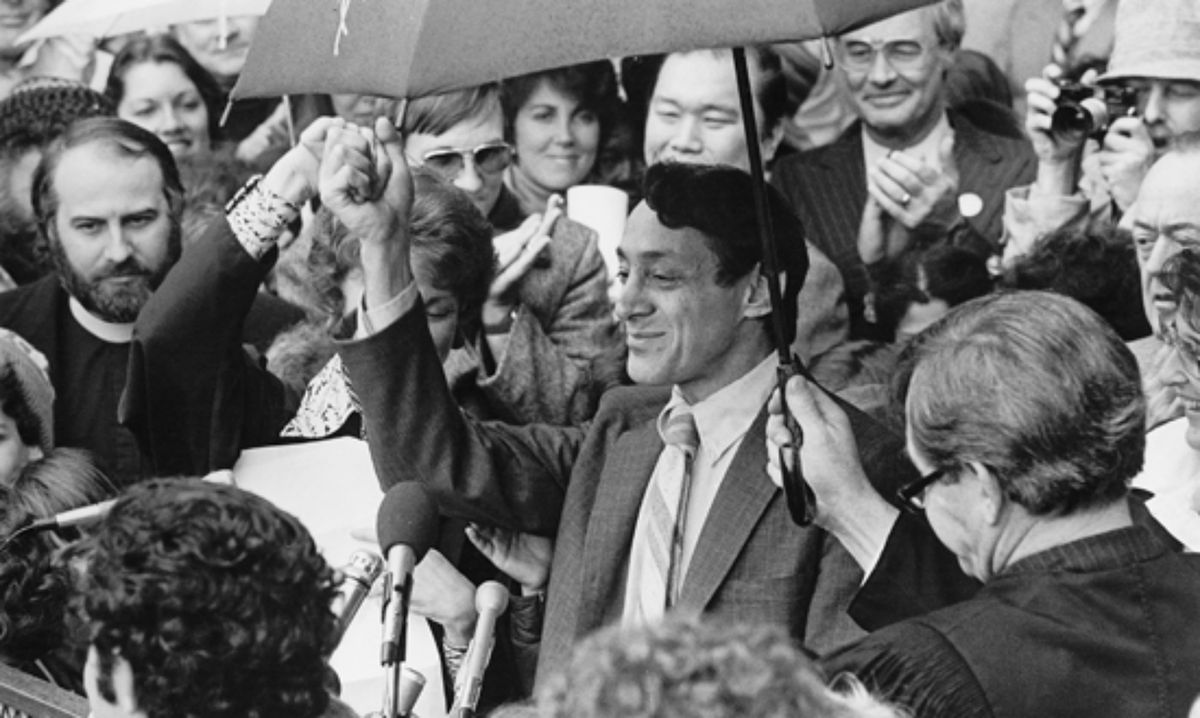 For the past few years, Act V Theatre Company has presented a comedy for their fall play. This year is different; "Dear Harvey" is a true story that details the rise and fall of LGBT political activist, Harvey Milk. The heart-wrenching and brutally honest production is presented through memories and stories told by his closest friends and colleagues. In short, this is one Act V Theatre Company Production you don't want to miss.

Written by playwright Patricia Loughrey with music composed by Thomas Hodges and photography by Daniel Nicoletta, "Dear Harvey" presents not only personal stories and anecdotes but also Milk's legacy that he left behind after his tragically short political career. The play was written for the 30th anniversary of Harvey's assassination, which happens to be coming upon us soon: November 27.

During his year in office, Harvey faced an outpouring of discrimination and prejudice. This never stopped him from fighting for the rights of LGBT citizens, both in The Castro and across the nation. Finding an ally in Mayor George Moscone, Harvey fought against the anti-gay campaigns of John Briggs and Anita Bryant, two people who fought tooth and nail to "constitutionalize bigotry."

Milk fought against their attempts to discriminate against LGBT members of society within their homes, their workplaces, and even in the streets. "The fact is, is that in 1978 it is perfectly acceptable to fire a gay person from his or her job, not for any reason related to the job but simply because that person is gay." 1978 was a year where gay people could be arrested for dancing in bars, teaching children, getting in fights, and other unfair offenses. It was a critical time for the LGBT community and Harvey Milk and his friends came together to reform LGBT rights.

Featuring trailblazers such as Cleve Jones, Robin Tyler, and Anne Kronenberg, "Dear Harvey" is a tale of green hair, open windows, a lavender pen, and eleven months. It is a story about Harvey Milk but it is also a story about all of us.

Join Act V Theatre Company in remembering Harvey and all of his friends during their production of "Dear Harvey" running from December 1-3. On Friday and Saturday, the shows begin at 8 p.m. and on Sunday, the matinee begins at 2 p.m. All productions will be performed in Memorial Auditorium. Tickets are $3 with SU ID and $5 for the general public.