Colton Underwood Should NOT Be The New 'Bachelor'

His issues with love do not need to be broadcasted across the nation. 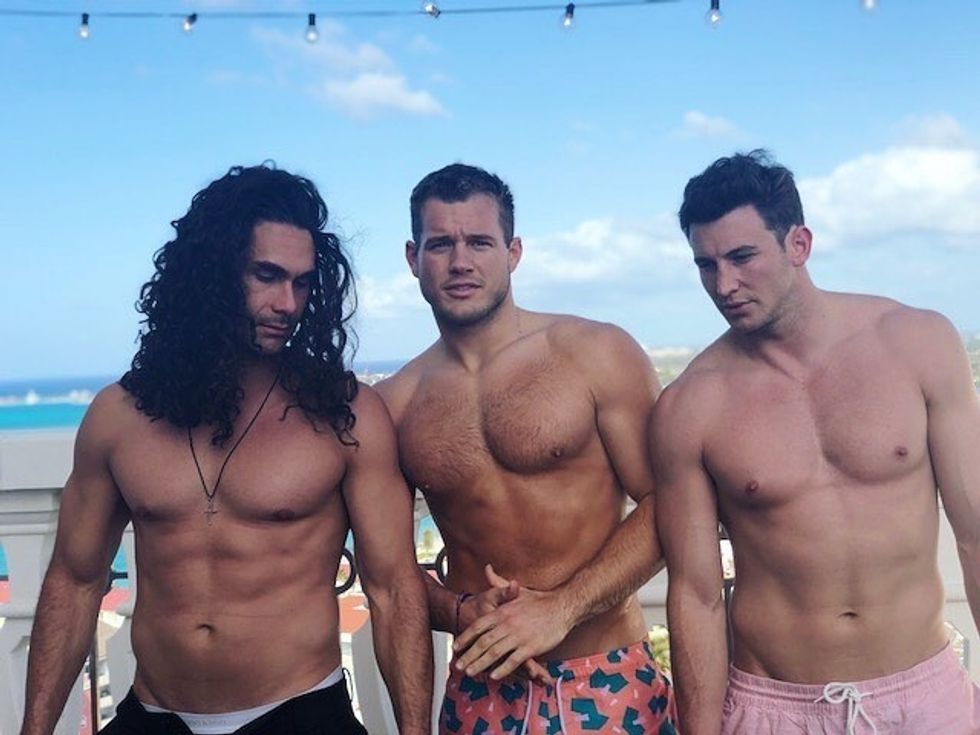 Before anyone virtually throws tomatoes at me, I want to start this off by saying I like Colton. In fact, I wanted him to win Becca's season. It was the events after Becca's season that turned me off to this idea, no matter how much I like him. He is a great guy with a great personality, but his issues with love do not need to be broadcast across the nation.

I know I do not know him personally, but he has had quite a bit of airtime lately. He has shown multiple sides of himself, opening up to Tia as well as other "Bachelor In Paradise" cast members. He is kind, I cannot argue with that, but he is horribly immature. If he simply didn't know what he wanted that would be one thing, but he is uncontrollably indecisive when it comes to love.

I understand that this is not only his doing, but Tia was apart of it as well. However, how he handled the situation was poorly thought out. On Becca's season, he did the right thing. In fact, I don't believe he had any intention of ever getting back with Tia or seeing her again. When she first appeared during the spa night he was just as taken aback as anyone else. He worked it out with Becca in a very mature way and moved on with their relationship. Even when he was not given a rose, he was mature about his departure.

If that had been the last time the audience had seen him, he would've had a much cleaner, "Mr. America's Sweetheart" reputation among Americans. However, his intentions and actions on "Bachelor In Paradise" completely shattered this idea. I'm not even going to talk about his arrival, he was obviously planning to speak with Tia once arriving but ignoring her before doing this was wrong. As the show progressed I could only shake my head, even more, he completely fell apart. He didn't seem to be going in any direction, and not knowing what you want is a huge issue in paradise.

I am not knocking him for being indecisive, I understand he's young and heartbroken. However, he crossed a line and took this mindset way too far, hurting Tia along the way. When he and Tia finally got together I was extremely happy, he should've done this all along. When they broke up again is when I began to lose faith in him, yet again. I understand why they broke up, they gave it a shot and that's all anyone can do. However, this brings me to my main reason for him not being the bachelor.

He and Tia dragged out a relationship instead of handling it in a mature way from the beginning. If they had worked it out and left things on a better note, Becca, Chris (even though he deserved anything that happened to him), and any other person romantically involved would not have been hurt or emotionally drained by their off-and-on feelings.

If he is the bachelor, what's stopping Tia from walking back on the show and continuing this cycle? I know she says they're over, but she said that on Becca's season as well. Why are the producers getting even more women involved simply for the views? The only thing I can think of is that they know they will make more money off of more drama being produced, which shows absolutely no humanity for the women who are about to be involved and potentially not even be chosen. The cycle keeps repeating itself, so why wouldn't it happen again?

I am going to give him the benefit of the doubt, but my heart goes out to all of the women he's about to date. He has shown his character over and over again with Tia, and he's clearly not ready for this. Good luck ladies, maybe you can convince me otherwise.