College Don't Go The Way You Thought They Would
Odyssey

I made it through some terrible first years of college, and so can you. 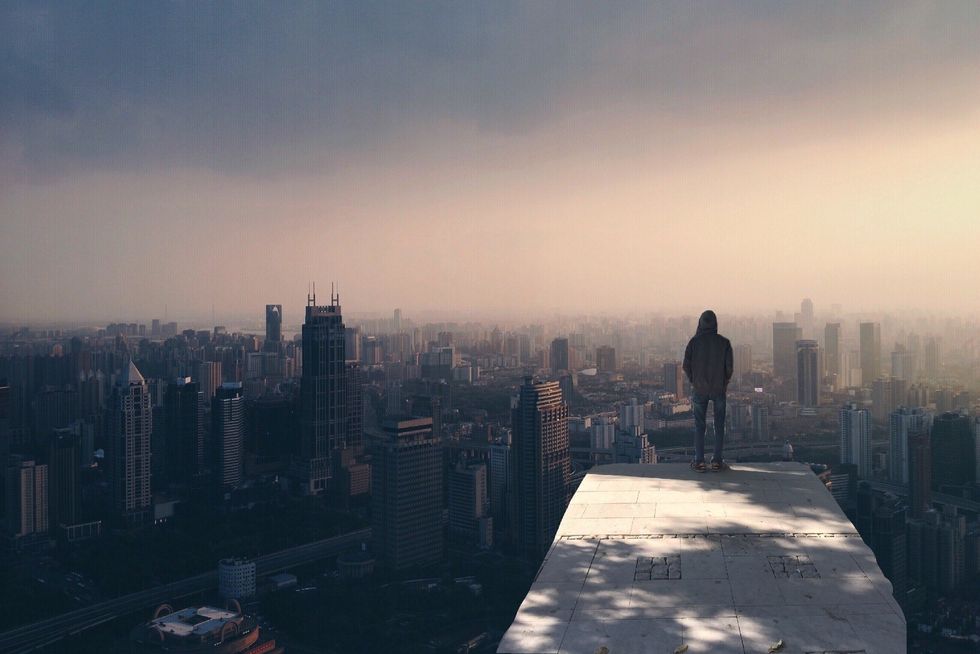 I started college at the University of Minnesota - Twin Cities in the fall of 2015 pretty confidently. I was coming off of a pretty successful senior year of high school: I'd maintained high grades right up to the end in spite of my AP classes' best efforts, scored high on the ACT, won a championship with my school's marching band, worked enough over the summer to be sitting pretty comfortably for my freshman year and had even finally picked a haircut that didn't make me look 13.

The only real concern I had was my tendency towards introversion and shyness when meeting new people. I had pretty much relied on the same group of friends back home for the last six years of my life, and none of them were going to the U of M, so I was anxious about starting anew.

Based on what I'd been told by my parents and friends, college was supposed to be this incredibly freeing experience that turned you into the strong independent person you were meant to be. This excited me, of course, but also made me feel a lot of pressure right from the start to make sure I hit the ground running. Despite my anxieties, based on how successful my high school years were, I was sure I could handle it.

Generally, when you first arrive at college, your first opportunity to make new friends is through your freshman orientation group. I'm terrible at forging relationships through getting-to-know-you formats like an orientation group and was even worse at it back then. While I tried to power through my discomfort, eventually the perceived pressure for me to be immediately like=able got to me and I started skipping events, preferring to camp out in my dorm room until classes started. I figured that instead of trying to befriend people through silly games and small talk, I could just work on befriending my roommate first. My roommate was a nice enough guy, but he had an enormously busy schedule and a pre-established group of friends, so I didn't feel like I had much of a chance there.

During one of the evenings I was supposed to be at some orientation event, I decided to call home. I was in need of a bit of support, and my family encouraged me to try to get out of my comfort zone and go try to initiate a conversation with someone in my hall. I resolved to do it, but, just as I was hanging up the phone, there was very loud cheering directly outside my dorm. I open the door to find the hallway filled with a crowd standing in a circle around a few people. In the center was a student I recognized, looking a bit loopy and holding a glass of milk, and a student laying on the floor, gasping for air and vomiting aggressively. The student holding the milk turned to me and, with a half-gone smile, offered me the milk. I promptly shut the door, laid on my bed, read for the rest of the night and figured that maybe I'd try the friend-making thing another time. I later found out that the glass of milk had actually been full of ghost peppers.

In hindsight, it would have been beneficial for me to not let this incident set the tone for the rest of the year; unfortunately, I let it do just that. You might notice a pattern emerging from the behavior I've described so far: as soon as things got intimidating, I quickly gave up. The same behavior kept me from forming any relationships through classes.

In a school like the U of M, freshman class sizes are often enormous, so very intimidating at first glance. I tried a few clubs that aligned with my interests, but I couldn't manage to feel like I fit in with any of them and eventually left them all. I didn't really have that much free time for hanging out with anyone either, because any time I wasn't studying or at class was taken up by work.

Eventually, I became desperate for some fulfilling human interaction and ended up falling back into toxic friendships from high school that I had originally tried to end. My self-esteem dropped fast, and I basically lost the ability to stop my mistakes from snowballing. By my third semester of college, I lost my job and only source of income and therefore had to move back home. I failed multiple classes, nearly given up my desire to play drums, made no significant friendships, had no real academic plan and was seeing a therapist for depression. Basically, everything went wrong.

So, what's my point in all this? College seems pretty daunting from the start of it, and, faced with the immediate pressure to your perfect new college life, early missteps can make it seem like everything has gone wrong. And maybe everything will go wrong; I can't guarantee that it won't. The weird thing about growing up is that, sometimes, there's no better place to regain your footing than at rock bottom.

While I lost my confidence in improving my state in life, I managed to retain the awareness that this was not where I wanted to be. So, I took stock of what I had: a place to live, food to eat, a car to get around, a therapist to talk to, and family to support and I just got to work. One by one, I did the things I needed to do, even though my brain was telling me the whole time that these tiny steps forward were meaningless and that I shouldn't even bother.

Now, I commute to school each semester, confident that I'm making progress academically. I found an academic plan that works for me and have nearly completed it. I have successfully completed multiple jobs and internships. I'm currently better at drums than I've ever been before. Though I wouldn't say my depression has vanished, I have a pretty good handle on it now, enough so that I no longer need a therapist. Not only do I now have multiple friendships that are affirming and based on mutual trust and respect, but I'm also much more comfortable in my ability to meet new people. By going through a few bad years and a period of recovery, I am now far happier and stronger than I've ever been.

Some of you may be just starting your new college life. Some of you may already be a few years in and feel like you've already hit rock bottom. To all of you I say, just keep taking steps forward, even if everything in you is telling you to give up. Do what you need to for yourself. College is just a man behind a curtain making a big scary face at you, and once you face it head-on, you'll realize that you're strong enough to take on anything thrown your way.