If College Majors Were Each One Of The 'Jersey Shore' Crew 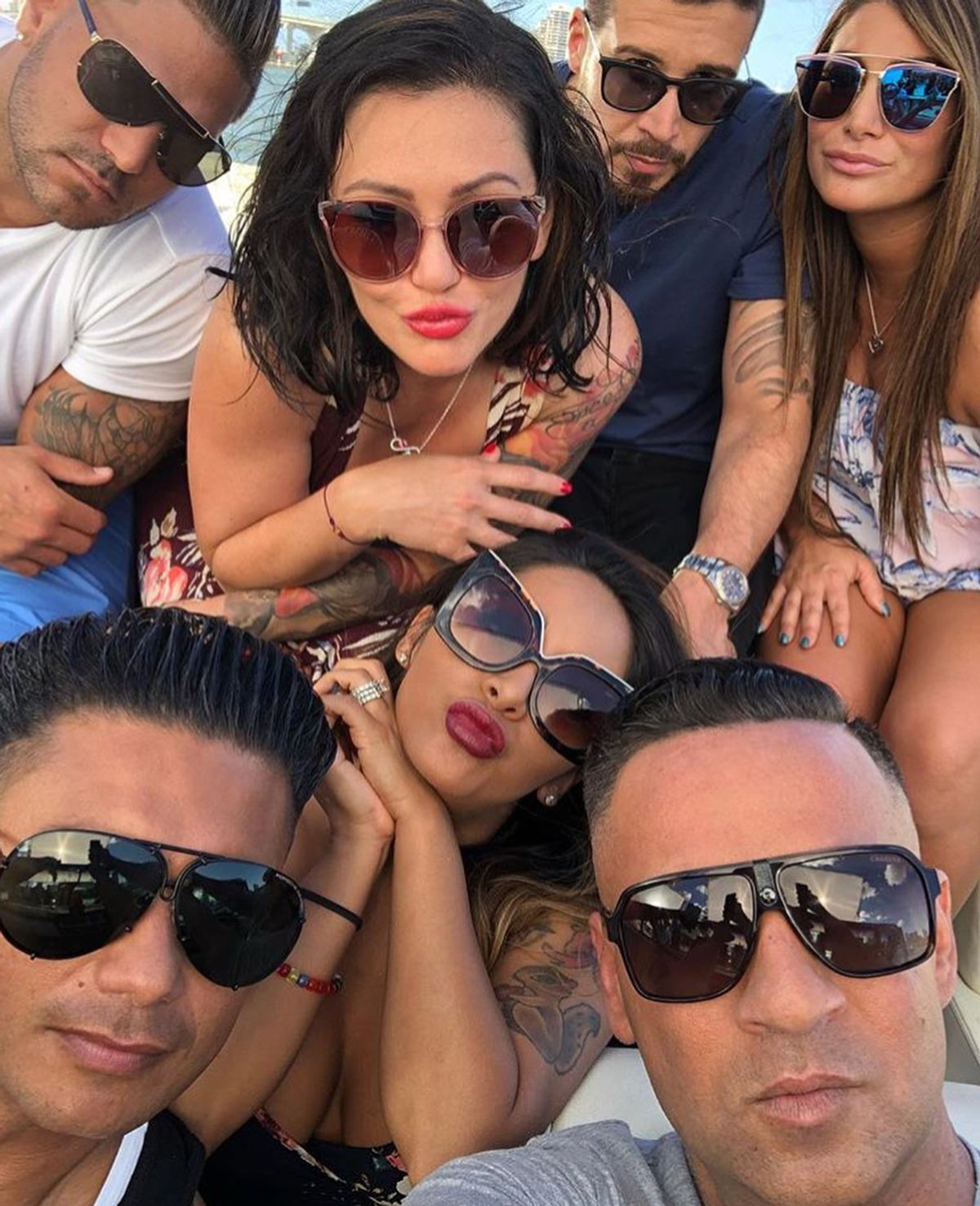 With a new season of "Jersey Shore" coming up, it is only right to acknowledge the original cast members' infamous lines and personas. But, in the midst of midterm season, with all of us drowning in our work and bags forming beneath our eyes, we have to relate the cast of "Jersey Shore" to our beloved majors.

So, here's a look at some of the most popular college majors as told by the cast of "Jersey Shore."

With Mike's lingering legal problems beginning to take precedent for the upcoming season and his past alcohol and drug addictions being prevalent in the last season of the show, it's only right that Mike is known as an example of what many of us criminal justice majors learn about in our classes on a daily basis.

Whether it be the note that she and Jenni cleverly wrote to Sammi, or telling the housemates how she really feels, Snooki encompasses all that Communications has to offer. Public relations, journalism, and, most notably, television, Snooki knows how to appeal to the public eye and tell all of those around her exactly how she is feeling and how to help those around her.

Between directing Snooki and Deena's means of communicating with one another, or very simply clarifying the Jersey and New York accents for those around them, Vinny surely knows how to convey his argument.

With his incredible DJ skills from Jersey to Italy to Miami and back, DJ Pauly D may be an anomaly for the typical music major on campus, but he surely understands the complexities and challenges that all musicians face in their career.

Be it fighting with Ron, figuring out who wrote the letter, or wearing her emotions on her sleeve, Sammi epitomizes all that a psychology major will learn about in their college career. The emotional rollercoasters are a vital component of the psychology curriculum!

Whether its taking care of one of her injured housemates, taking her friends to the doctor's or fixing a foot injury for herself, Jenni is the one to go to when you are hurt or sick in the "Jersey Shore" house!

Although there are so many different majors in the world and only so many "Jersey Shore" cast members, it took lots to narrow down the best fits for each. One can only wonder if these characterizations will remain with the new season coming out!