I am ready to go on a great adventure. 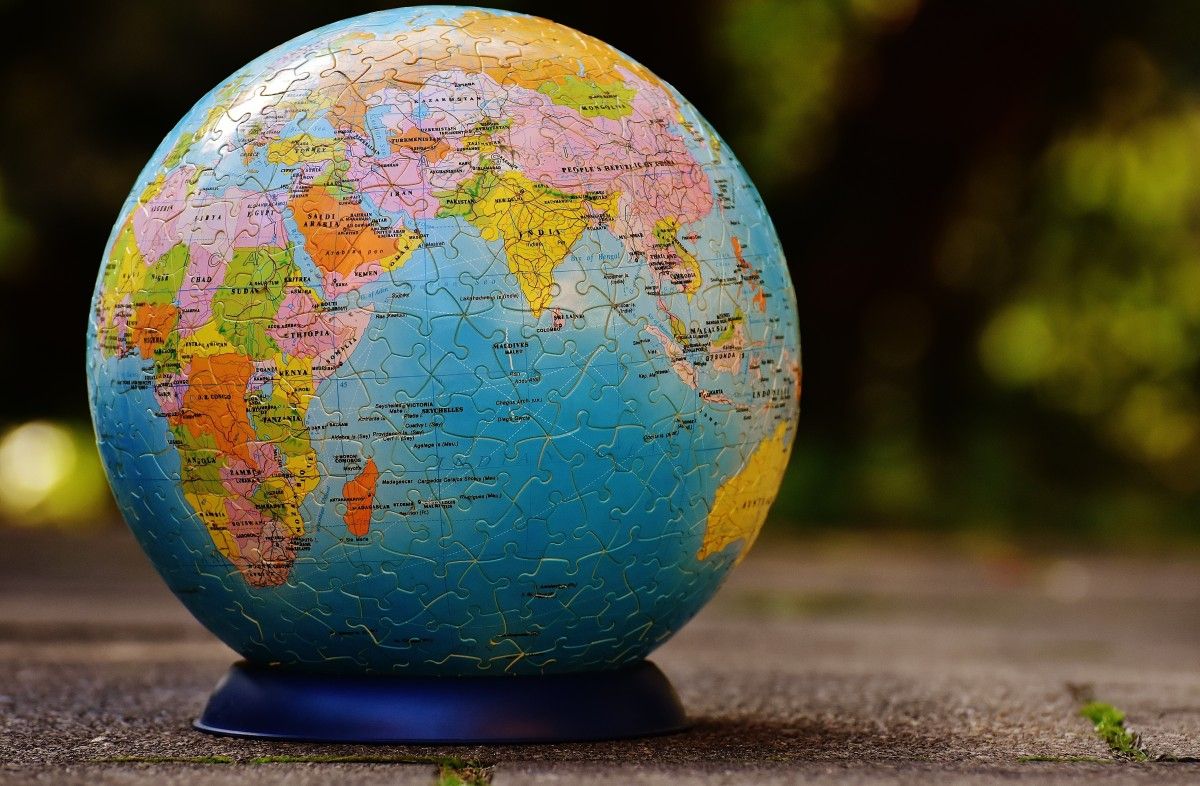 I have already been to several amazing vacation locations, a couple appear on this list, but there are so many more amazing places that I want to explore. From old cities full of history to sandy, white beaches, every spot has a story and I cannot wait to find them for myself one day. So here is my personal vacation bucket list, and I think everyone would enjoy seeing some of these places.

My favorite place in the entire world! So, of course, it has to be #1, From the amazing beaches to the amazing locals, Barcelona has an adventure waiting around every turn.

A city full of history, every building has a story to tell. More importantly, who is down with going on a little Lizzie McGuire tour with me?

Let's go say hello to the Queen and see the city at night at the top of the London Eye. The city is also home to a great number of nightclubs and some fascinating, old bars.

This port city on River Clyde has something for everyone. Go hiking, or explore museums, or go on a history tour through Glasgow Cathedral.

What more could be said besides the city of love! And right now I need a little love in my life.

Let's go explore some of the most fascinating, gorgeous ruins in the entire world.

From Old Town Square to the Prague Castle, this city has a historic core at the center of their heart. Which makes sense since Prague is nicknamed "the City of a Hundred Spires".

Marrakesh is filled with Palaces and Gardens just waiting to be explored.

Home to some of the richest, Dubai has skyscrapers upon skyscrapers. Maybe we will be brave enough to climb to the top of Burj Khalifa, the tallest building in Dubai, to get a noteworthy Instagram.

This capital city is the largest Himalayan state in Asia and is home to the famous Hindu shrine, Pashupatinath.

Once the capital of the Inca Empire, it is now home to some of the best Spanish colonial architecture and a grand number of archaeological remains.

If you are into wine then Porto is the city for you. This coastal city is known for their port wine production.

When you go to Venice be aware that this city has no roads and when there is a high tide, the city goes about a foot under water. Don't worry though, this city is used to that so none of the shops close.

This city is packed full of history, it is home to the Van Gogh Museum, the Anne Frank House, Rijksmuseum, and so much more.

Let's make a trip to Dublin to explore the Dublin Castle, and maybe the Guinness Storehouse if that is what you are into.

This one is more personal since I do have some German ancestry, but Berlin is home to the Berlin Zoological Garden and the Pergamon Museum. And don't forget about exploring what is left of the Berlin Wall.

Palaces and Cathedrals are around every turn in this city. I can't wait to explore the Winter Palace and daydream about what it would be like to live there.

This city, cut in half by the River Danube, offers one of the oldest churches in the world, the 13th-century Matthias Church.

This one is a given since my favorite movies are the Lord of the Rings trilogy and the Hobbit trilogy. So being able to explore Hobbiton would be a dream come true.

Placed right along the Nile River, this city is right next to the historic sites of the iconic pyramids and the Great Sphinx.

As the starting point to three of the world's major religions, this city has a great story to tell no matter what you believe in.

This is home to the royal temple, Wat Phra Kaew, that once housed the jade, Emerald Buddha.

Being the capital city of Taiwan, it is home to busy shopping streets and contemporary buildings. And is also home to the Taipei 101 skyscraper, and an extremely lively street-food market.

With one of the most colorful downtowns in the world, this small town makes its guests feel like they are stepping into a coloring book.

This city holds the most theater rooms in the entire world. It is also famous for its cafes and tango.

This is an entire village floating on water! It is also home to the best soccer team in Thailand. They practice on a floating soccer pitch!

This city is the capital of Brazil's northeastern state of Pernambuco and is home to the popular Boa Viagem Beach.

If you mix beautiful beaches with amazing mountains, Cape Town is what you get. And who wouldn't want to see hundreds of penguins waddle back to the ocean during the Penguin Festival that happens every October?

This capital of India is home to the Red Fort, Humayun's Tomb, and the Lotus Temple. Also how cool would it be to ride an elephant, maybe?

This city straddles Europe and Asia across the Bosphorus Strait and is home to Hagia Sophia d Topkapi Palace.

This city is located on the southernmost tip of South America, so there may be a chance to go day exploring in Antarctica.

Glorie Martinez
4148
Why I Write On Odyssey