It's been quite a year. 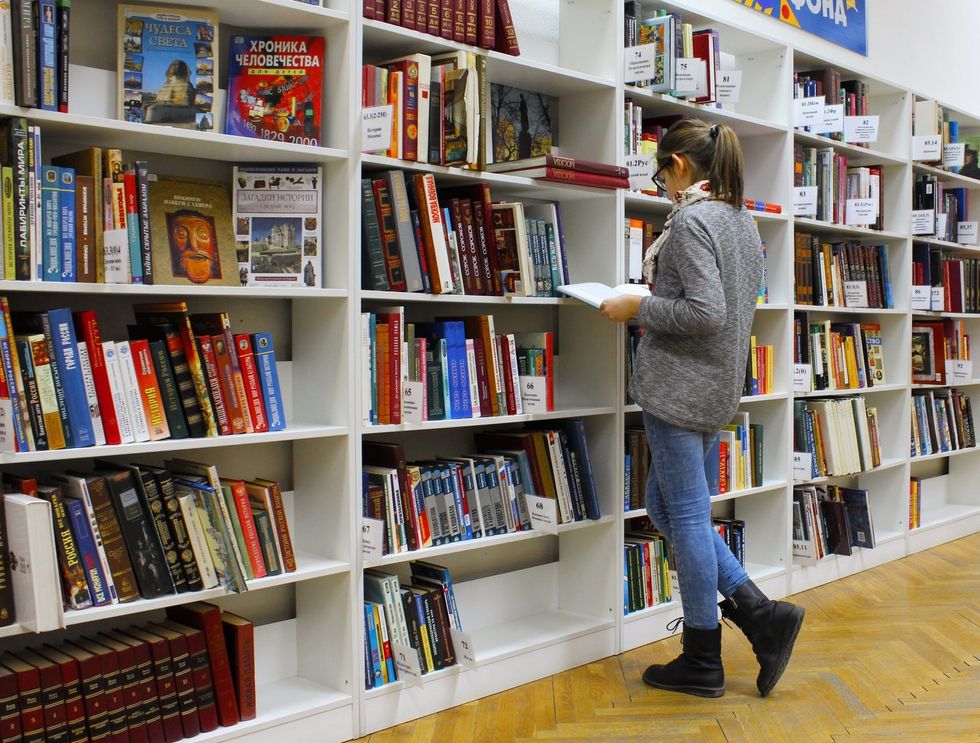 I was not in the right headspace when I wrote my first college essay. I trembled. I shivered. And I got headaches.

Now that I am in college, I realize that I let the rigidness of money, power, and greed (aka "The System") get in the way of my thinking.

As I sat in my Art History class lecture fall semester, I noticed a guy in front of me kept on fidgeting in his seat. Naturally, I was bothered, but I noticed that his fidgeting was a constant thing. He sat in the same seat every lecture. I closely observed him (in a non-stalker way) and realized that the back support kept on popping out of place because it was missing a cap—that all the other seats had—to keep that part attached to the actual seat.

All this time, I was bothered and irritated by the guy and his fidgeting, but he refused to change his seat because he, probably, wanted to remain in the front at a certain position that kept him close to the professor and the door. I, also, always sat by the front near the steps that led to the door.

The real reason I sat near the steps that led to the door is that I hated sitting next to people. I also felt safer closer to the door (I could leave at any time.) The door was a sense of security for me.

Before I go off on a tangent about the guy, let me just state that this boy's fidgeting—always fixing his seat—had more than a physical meaning to me. It was like a spiritual touch, an emotional awareness. The fixing of the seat by him every class was like a reaffirmation that the sacrifice of his comfortability (at the expense of my mood every morning we had class) was worth it. He was in one of the most prestigious schools in the world. He was sitting in front of a mastermind who promised to enlightened his mind. And no matter how many times he "popped" out of place, he would compose himself back to who he really was and is to be; his path to success was as adjustable as the chair because he was already here, nothing or anybody could stop him unless he let it happen.

I can resonate with him a lot but after further analyzing, I started thinking about where I sat in class. I realized that we all (the students) sat in seats that better suited our needs of security and comfort not only in captivating the words of the professor but also how we interact socially with others.

One day as I was leaving class, I noticed a beautiful, curvy girl who always sat in the back near the door, in the dimmest part of the lecture hall. And I saw her there again, and again, and again. I could relate to that girl because I, too, sat in the dim lighting, in the back, away from the hub at some point of my earlier life, when I felt ashamed of my body and jean size. At some point, I hated my body, my acne, and the fact that I was not a social butterfly. But I learned how to love myself and that led to a bettering in my confidence. That same confidence led me to sit in the front of the hall, even when I came in late and all eyes stared at me.

I also noticed that in the center you could see the tiny "cliques" that had formulated. These social beings personified their confidence. But looking at it through a microscope, I concluded that these people sat together because they too may have been scared of being alone in such a vast lecture hall. They must have had the urge to talk when the professor talked in order to feel a sense of control over themselves as they drowned in low GPAs and failed midterms. They must have packed up (interrupted the professor) before class ended just to show they were "too cool for school" and "didn't give a shit" because they were driving Maseratis and getting their tuition paid by their wealthy parents. Or maybe, they just wanted to fit in—something foreign to them in their high school years.

The seats chosen by students in a lecture hall, their movements, their actions during lectures reflect who they are not only academically, but also personally. We may put on a mask, but ultimately how we act is how others perceive us. And that's why "actions speak louder than words."

The boy that sits in the broken chair irritated me because deep down, I knew I lacked his enthusiasm for learning and growth. And that has been missing but it's finally re-sparked.

I learned that you should never take for granted what you observe visually because the physical things we perceive are more than meets the eye and the chemical processes in our minds.

To conclude, my college essay did not reflect any story that built "me;" it was more of a pity cry because I wanted to appeal to the demographics colleges around the country need to fulfill every academic year. I knew that being a woman of color made it easy to fit those demographics, but that should not be what defines me as an underprivileged student. I was too focused on choosing a major that suited the industry, that suited capitalism, but did not suit me. I should have never let myself write an essay that did not show me, but only showed the current living situation I was in.

This is me. The girl who loves to learn, to analyze life in intricate ways, and to write. I am more than the obstacles I have faced, am facing, and will face. This is the story I shall tell in different forms continuously until I can no longer find a way to express myself.