What I Learned From The CMA Journalism Convention

What I Learned From The CMA Journalism Convention

After attending the College Media Association's annual convention, I have a clear dream and the motivation to chase it. 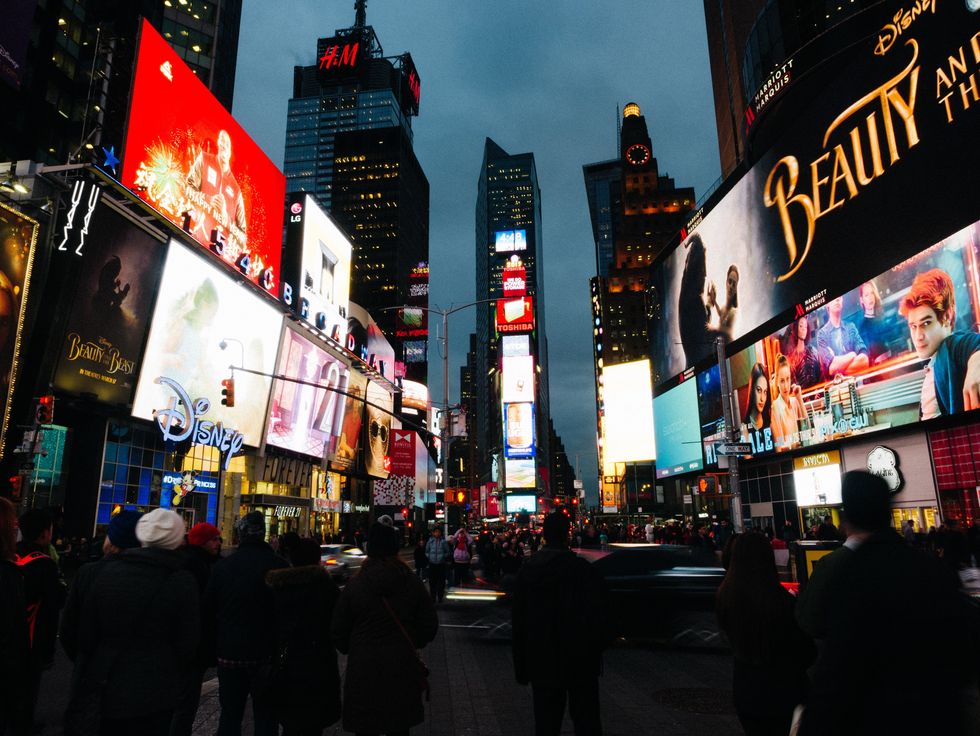 I've been lucky enough to visit New York City three times in my life, and each trip has left me more in love with the city than the last. The first trip was for less than 24 hours on black friday. I took the train with my grandparents and cousins from New Jersey to Penn Station and spent one glorious day hitting the pavement, topping it all off with attending the Rockettes Christmas show at Radio City Music hall.

The second time was as a graduation present during my senior year of high school. I went with my mom for a few days, and it was magical. Since then, I had yearned to go back to the Big Apple and once again feel the rush of energy that the city gives you every time you immerse yourself in it.

After my second trip, I didn't know when I would get to return, but this past month, I got a golden opportunity to go back to my favorite city in the world. I was invited to attend the College Media Association's annual spring convention for student journalists, from March 6-10. I went along with five other students from my college newspaper, and I was absolutely thrilled.

It was truly surreal to be back. Even though it had been two years since my last trip, it felt like I had never even left. Ironically, the convention was held at the same hotel I stayed at the last time, so I genuinely felt right at home. A lot of my time was spent working, where I got to learn about journalism from experts in the business. All of the sessions I attended were interesting and incredibly relevant to my career, and the speakers were passionate and helpful with their advice.

The highlight of the convention for me was getting to go to the Good Morning America studios to see a taping of Strahan and Sara. Michael Strahan and Sara Haines were so nice and the overall energy of the show was upbeat, positive and fun. I enjoyed every second of my experience there, and I will always cherish the photos I got with the two hosts.

Outside of work, I managed to score tickets to the Late Show with Stephen Colbert, and so my roommate and I spent one glorious evening at the Ed Sullivan theatre. It was so exhilarating and fun, and I even got to go onstage while the musical guest, Mumford and Sons, was performing.

After the convention, I walked away with a clearer sense of what my career goals were as a journalist. Throughout my experience both in the sessions and in the television studios, I realized that broadcast journalism was my passion and what I wanted to pursue. Journalism is a field that is ever-changing as technology grows and evolves, so it can feel overwhelming to find your place as a reporter. There's the traditional print route, broadcast, or all of the new opportunities that the digital world is offering, not to mention the in-depth investigative reporting that transcends all mediums. But for me, the feeling of adrenaline when I was in the audience of the tv shows was indescribable, and it was something that made me feel more inspired than ever.

I know it is a lofty goal to be a news anchor on TV, and I know it is a goal that is shared by many others. But thanks to the convention and the bright lights of New York City, I know that it is a goal I want to chase with all my might. I can't wait to see what the future holds, and I am counting down the days until I can return to the Big Apple again.