If College Stereotypes Were Alcoholic Beverages

If Every College Stereotype Was An Alcoholic Beverage 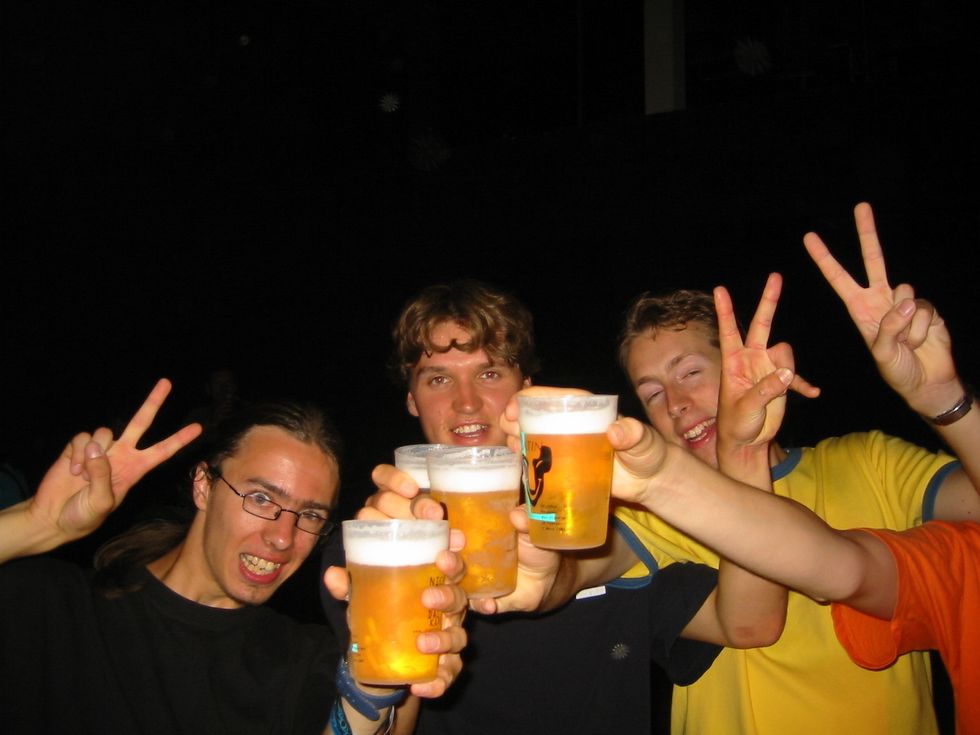 The definition of college is this: 10-page papers, brutal exams, and binge drinking on the weekends. While you spend your time there, you do end up following some sort of stereotype, whether you like it or not.

"Who do you know here?" These are your Vineyard Vines, Sperry-clad party boys and sweet girls. They want to be messed up, binge drink, and want their frat house guests to partake in the same. Natty Light is bland and easy to find, like most frat guys. (Not all of them are this way. There are a few decent ones, but most follow the stereotype.) They've got money to throw and Natty is cheaper than most, so they can buy a lot of it. Jungle juice is the opposing gender–the female army. Most sorority girls are nice and inclusive, like the jungle juice mixture itself.

"Square up, bro. How much do you lift?" These are the people whose dedication to health and sports are insane, just like Four Loko. Anyone who drinks Four Loko has a death wish. Sometimes, athletes go far beyond the normal workout regimen to achieve peak athleticism. Those athletes are the equivalent of people who shotgun Four Lokos, which is a whole different level of crazy.

3. Hipsters: Blue Moon or an IPA

"But I liked the Lumineers before they were even cool." This alcohol choice shouldn't be shocking, even to the hipsters. Any drink that is really hoppy will attract hipsters. These are the "cool" drinks that are aesthetically pleasing in design, much like a hipster's wardrobe. No one can disagree that their general style isn't cool looking, it's just the obnoxious few that ruin hipsters for everyone. But these people are an acquired taste, much like IPAs or beer in general.

"Hey, wanna dance?" We all know the club regulars. These are the people whose tolerance is through the roof. They go clubbing every night, even with a life-altering exam the following day at 8 A.M. No matter the theme night, they're there and they're down for anything. Trash cans are drinks that get you messed up quickly and are as reckless and careless as the club-goers themselves. They not only down these like apple juice, but they'd probably bathe in those cheap drinks to prepare for the next day of partying and creepily walking up behind people instead of asking them to dance.

"Fight for your right!" For those who are sophisticated and have their shit together, wine is the perfect drink. They fight to better the school and to make it better for the students who attend. They're cool, calm, and collected–like most wine. Plus, wine just makes you feel cool when you drink it.

"Boi, howdy." This is also pretty unsurprising when one thinks of the country music-loving, custom truck folk. You barely see them, especially when they're wearing camo. You'll never see them coming, much like moonshine's effect. You don't think that moonshine will creep on you that quickly, but it does. There's nothing wrong with this group of people, except for the fact that they like Bud Light.

"No, the floatie belt doesn't go with the kickboards." As a student employee, all I need after a long shift is a strong drink. While Burnett's is the Natty Light of vodkas, it gets the job done. Student employees do their jobs and do them well. They have to start paying for college somehow, so their jobs matter. Also, Bernie is a great mixer and helps everyone get along. It rewards those who work hard so that the rest of the students don't have to.

Older and wiser–much like the maturity of whiskey–they've been through enough college and just want to be ahead of their competition in the real world. Sometimes, the pressures of extra schooling lead them to harder liquor. Who can blame them? They're killing the game and will have a higher-paying job right out of school than we undergrads will. Just know that grad students, no matter their school, are going through a lot and whiskey tends to be the answer.

While not everyone follows their stereotypes, each alcohol fits them perfectly. No one can prove me wrong. No matter how bad these cliques seem, you always end up in one. You might not realize it right away, but you will soon. I just hope it isn't during a drunk revelation because then that turns to alcoholism.

Good luck figuring yourself out!