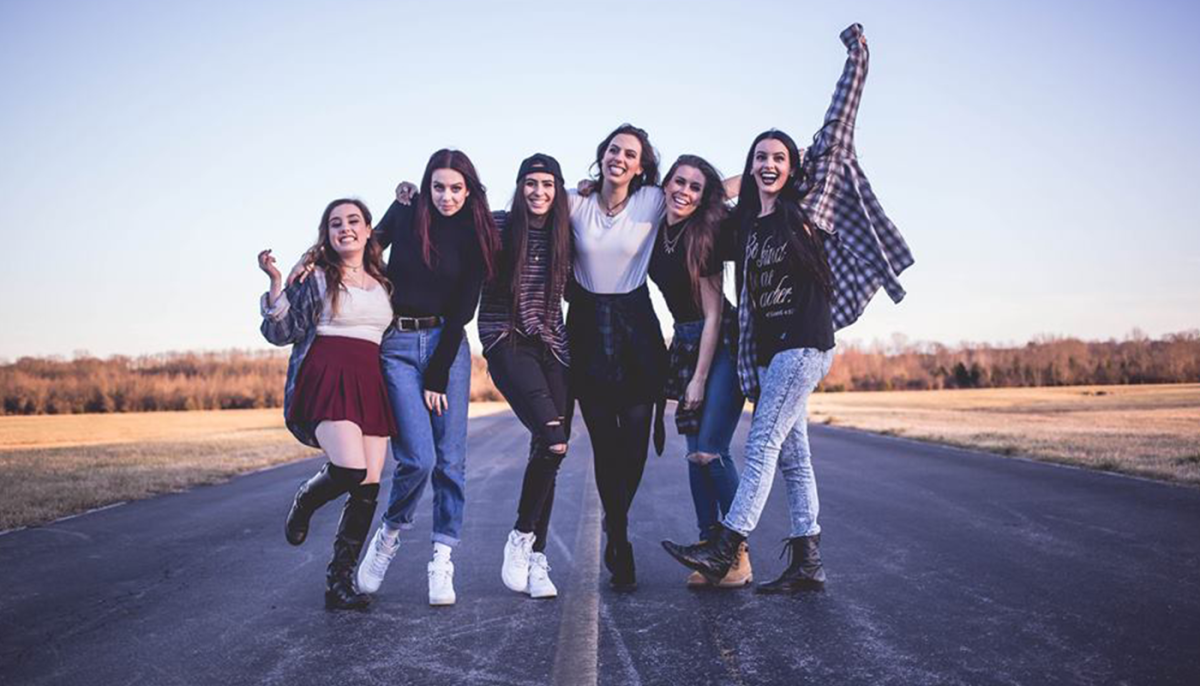 California grown singing group Cimorelli released their second full-length album, "Alive," on May 5th, 2017, which reflected their Christian roots, through songs full of inspiration and compassion.

Cimorelli consists of six sisters, out of eleven siblings in total. The sisters, as well as their family, originated in Sacramento, Ca and had moved to Los Angeles, CA to further their singing career.

In 2007, the eldest of the six, Christina formed the group along with her four younger sisters, Katherine, Lisa, Amy, and Lauren. In 2010, their sixth and youngest sister, Dani, joined the group, leading Cimorelli to be what they are at the present. Since their formation, the sisters have released countless covers and songs on YouTube, which is how they initially gained popularity. They have also released six EPs, one mix-tape and two albums, including "Alive."

In 2013, they won the Teen Choice Award for Choice Web Star.

"Alive" consists of ten songs. The days leading up to the album release, they posted videos on Instagram explaining the inspirations and reasonings behind each song on the album. The full videos were posted to their Facebook page.

The first song on the album gives a bright image of what is to follow, immediately expressing a love and appreciation for God. "It makes you feel so happy," Katherine said, equating it to "praising God with joy." Katherine said that they really wanted to write an album with a good amount of worship music and "Your Name is Forever" is the perfect introductory song for the rest of the album.

The second song on the album is all about taking the chance and pushing forward one more night, even if you are feeling like you cannot make it one more day. Dani wrote the majority of this song, being inspired after talking to a fan online that she had grown to know over time. The fan was sharing with Dani how she didn't think she could make herself go on and Dani pleaded with her to just take things one day at a time, to go to sleep and keep on living. This conversation is what led to "One More Night."

The third track emphasizes the emotions we as human beings feel on a daily basis. Every day, we are hounded with feelings from multiple aspects of life, and half of the time we don't know how to handle it. Katherine shares how a huge heartbreak that she had dealt with when she was 21 is what inspired this song for herself, explaining it one of the situations where you "deeply connect with someone that you know you shouldn't be with."

Lauren shared how she felt and what inspired her to create the fourth song on the album. She felt overwhelmed like she could not handle everything that was on her plate. She shared how she fell down to her knees early one morning and prayed to God for help because she knew that she couldn't handle everything that was thrown at her. The following day, she knew that she was okay and that God wasn't going to let her fall away.

Most of this song is inspired by situations that Lisa had gone through. She shares how her actions, toward others as well as herself, were at the lowest point they could be. Her self-esteem had gotten so low and she realized this while on tour. The song is about how actions taken don't always have bad intentions and that sometimes, bad things happen when you don't mean them to.

Katherine shared how excited she was to write the melody for this track. She said she was driving home from church one day and was overcome with pure and intense love. Overcome with emotion, she recorded a melody that popped into her head and after working with it, they incorporated it into the album.

Christina co-wrote this song, inspired by when she was a teenager and had dreams and ambitions when it came to music. She would get discouraged by the reactions people had toward her goals, however, she maintained her excitement for music and being in the music industry. She explained it as relying on a "small string of hope," and when it came time to come together in the studio, she convinced herself to share what her thoughts were.

Christina shared that she wrote this song with she was around 16 or 17 years old. While in high school, she put all of her feelings down through music and noticed that she was very down on herself. She noticed that she had a lot of habits that were bad for her, which is what inspired her to write about kicking a bad habit. When sitting down to write this album, they reworked her song into what is now "Kick the Habit."

Amy shared about how when she was younger she would sit on the deck at her old home, as it was a place that she felt she could be alone. One night, she sat and wrote about anything that was coming to mind, from good people in her life to things that got her down, such as lost friendships and relationships. Writing this song gave her something to hold onto until she found what she wanted in life.

Lauren shared about how they all came into the studio a bit after their grandmother died. They felt emotional and inspired to share their thoughts in a soft, peaceful lullaby. As a listener, you can hear the deep and powerful emotion in their voices with this song.

The music video for "Alive" was also released and is below!