When I broke, not only did I physically break, but mentally as well. 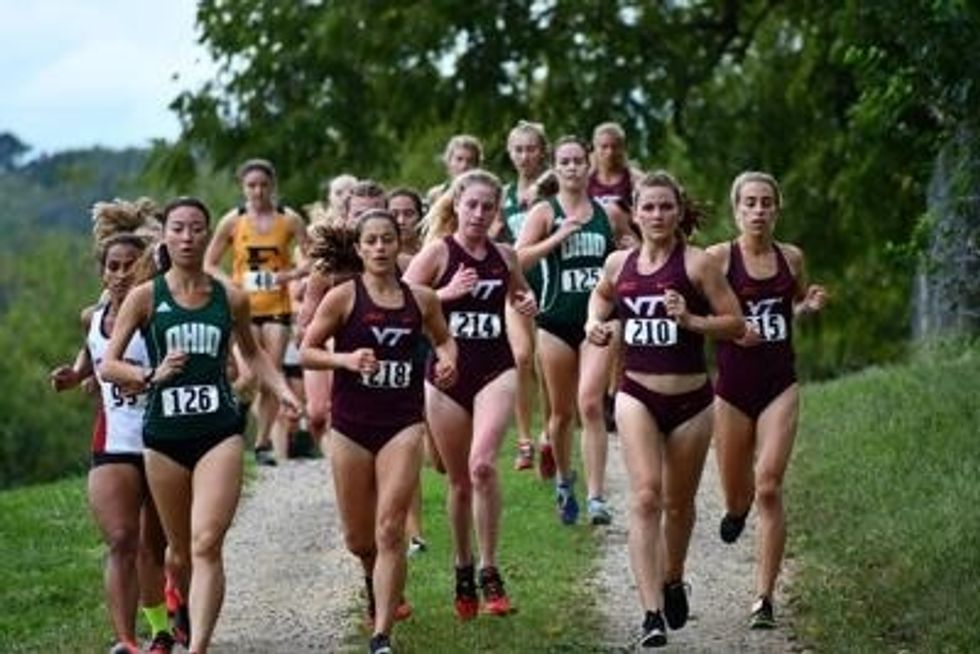 I wasn't born a runner.

You're probably thinking, "How could she say that? She runs marathons."

But I wasn't always this way.

I used to cringe at the thought of running a mile around my neighborhood, but I did it to prove to myself that I can do anything I set my mind to.

I wasn't always a runner. I was a dancer, a cheerleader, a girl who never dreamed of running 26.2 miles for fun. But 22 years later, I've run six marathons, my last one being the Boston Marathon.

Something I never saw myself doing, became my life. I pushed myself, extremely hard. Nearly every day.

I walked onto my college's cross country team, while also training for marathons. Silly me. To think I was so invincible to be able to handle such a vigorous regimen. I bent, and bent, and bent, but I never broke.

So, I figured I could handle keeping up such a routine, to push my body close enough, but never too far. Until I finally bent so hard, that my body had no other choice than to break.

When I broke, not only did I physically break, but mentally as well.

I've written that story so many times before. But, this time, it's not about just the running.

I had to step away from a team I loved so much. I was surrounded by so many girls who loved, supported, and wanted me to get better. I thought that the vigorous routine I was forcing myself to do, was one I had to do, but it was a choice, a choice I made every single day.

I put cross country on the back burner. I let my obsessive marathon mentality take over. I didn't allow myself to be the runner I could be.

The injury made me step away from something I knew I was good at, but it also held me back from becoming good at running in another way. In an actual competitive sport, with an actual team, working towards something that wasn't just benefiting me. By not fully investing myself into my team, and putting it second, I was letting them down.

Taking a year off from running collegiately has opened my eyes tremendously. I'm ready to put my team first. I'm ready to tap into my full potential as a college runner while I can. The marathon will always be there. I can always come back to it.

In the meanwhile, I'm getting faster, stronger, fitter. I'm making memories with an incredible team. I'm allowing the joy to come back into running. I'm done obsessing and being so rigid with my training. I'm ready to have fun. I'm going to embrace this second chance that I was given, and I fully intend to make the most out of it.

Although this sport may have broken me, in the words of Maya Angelou, "But still, like dust, I'll rise."