How Children Of Divorced Parents Love Differently
Odyssey
CurrentlySwoonLifestyleHealth & WellnessStudent LifeContent InspirationEntertainmentPolitics and ActivismSportsAdulting
About usAdvertiseTermsPrivacyDMCAContact us
® 2023 ODYSSEY
Welcome back
Sign in to comment to your favorite stories, participate in your community and interact with your friends
or
LOG IN WITH FACEBOOK
No account? Create one
Start writing a post
popular

We are not broken, fragile or naïve; we're strong, mature and wise for our years. 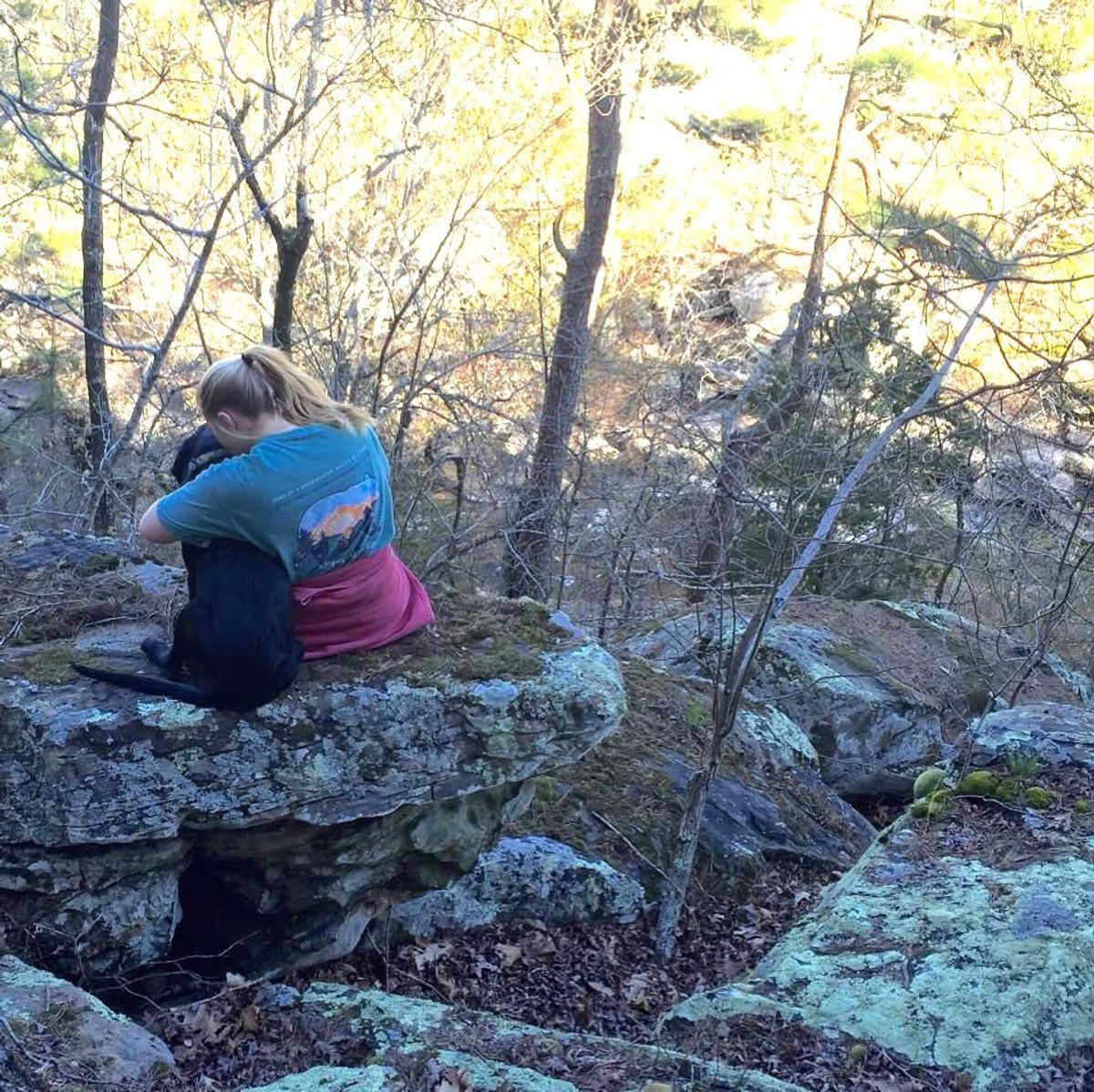 As millennials, it's very common to know multiple people whose parents are divorced.

It's normal to see marriages end and separate regardless of whether or not children are involved.

But what's it like to love someone who grew up with divorced parents? To love someone who has been shuffled back and forth between the two people who were supposed to be the model for their future? These children eventually grow up. We've seen it all and then some.

We have a grasp and an insight to relationships and love that many people do not.

Our hearts and minds tick a little differently because we were forced to grow up faster than necessary. But let me be clear, we are not broken in any shape, form or fashion.

Commitment is hard for us.

We're very cautious when it comes to allowing people inside our walls that we've so carefully built around our hearts. It's not that we don't believe in love or want it, but we've seen first hand how it can go wrong. Because of this, we keep people at a distance or even push them out completely.

To get inside the walls we've built takes a little more time and effort than with the normal person. But once you've gained our trust, you'll see that the time it took is more than worth it.

We know that love alone is not enough. We don't need a dozen roses or a song written for us. We know that relationships need so much more; we know what can save and what can ruin one. We want more than empty promises. We want actions. Loyalty and communication go a long way with us.

We've also learned to read the people in our lives like a book. So chances are we've determined your intentions long before you have. We've seen and heard it all; therefore we are anything but fragile. Give it to us straight. We aren't naïve little kids anymore.

We don't expect you to be perfect.

We know that life is unpredictable and we know the realities of marriage. We may have to move. I may quit my job. You may lose yours. Death and illnesses will occur. One of us may not be able to have kids. We'll have bad days and bad weeks. We want someone that can withstand whatever life throws at us.

Someone who doesn't care if our hair is a mess or that we don't have any makeup on. Someone who can see us at our lowest points and not flinch. Someone who will eat waffles with us and watch Harry Potter marathons all day. Someone who also believes that “for better or for worse" are more than just words, because to us they are.

We know what we want.

We put ourselves first because we are our number one priority. Focusing on and bettering ourselves is where most of our time and energy is spent.

We focus on important matters such as God, school, work and our family. We focus on these matters because we want to be independent. We don't want to have to depend on another person, because the reality is that that person isn't always going to be around.

We've been in tough situations with our own families as children, therefore we know how we want our future children to feel and how we don't want them to feel.

When we love, we love hard.

We know the harsh truths about relationships and the possible outcomes. We know it isn't invincible and that it requires 100 percent from each partner. It's not a joke to us, and we don't take it for granted.

Because of what we've watched our parents go through, we're very picky about whom we take this chance on. We know that every relationship argues because if one doesn't there are more than likely secrets within that relationship. We know that we aren't always going to have it all together, but divorce isn't going to be an option for us. You've got us for the long haul.

Because of what we have watched our parents go through, whatever the reasons may have been, we are stronger. We are wiser because we have seen their mistakes firsthand and watched them learn from each mistake. We're more mature because we had to be at such a young age as a result of what we were exposed to.

I'm in no way bashing my parents for their decision or anyone for that matter. Sometimes relationships don't work, and that's okay. Sometimes people aren't meant to be in each other's lives forever, that's okay, too.

I honestly think I am a better person as a result of my parents' divorce. Now that I'm older I realize they weren't meant for one another. I was their sole purpose for being together and now they've moved on with their lives.

I learned a valuable lesson watching my parents while I was growing up that I won't have to learn as an adult.