It's okay to let your child dream big, but make sure they're being realistic while doing it. 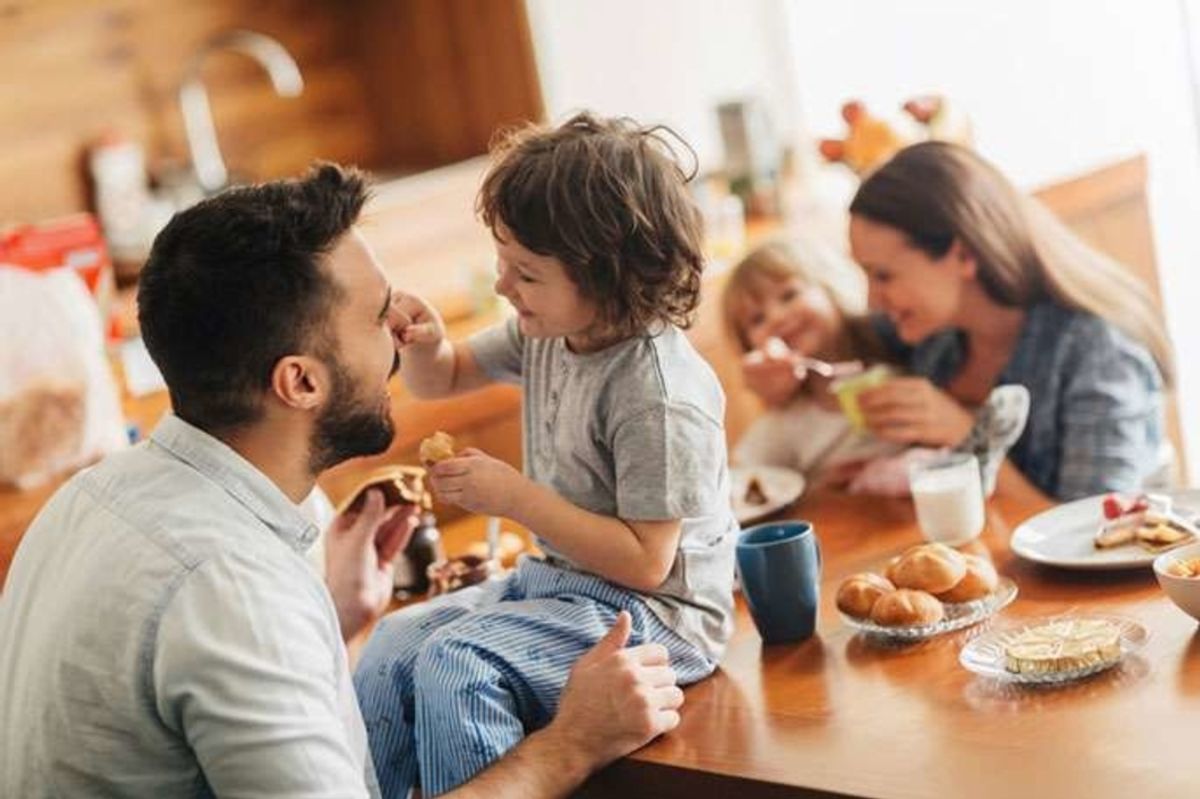 When I was a child, I had this idea that I was going to be an Academy Award-winning actor by the time I was 20. I even had a vision in my head of what I would wear while accepting my award and who I would address my thanks to in the audience.

When I was a child, I had this idea that I was going to be a millionaire, travel the world, own a beachfront home, and drive a Porsche.

When I was a child, I had this idea that I was going to marry Prince Charming and live happily ever after.

Call me stupid or call me crazy for believing in such "nonsense," but as children, we were allowed to believe in the impossible - in fact, we were encouraged.

From a young age, we were given this idea that we could be whatever we wanted to be.

"Dream big," our elders told us, because "You can do anything you set your mind to." As children, nothing was off limits because the world was our kingdom and we were living in it. Dreaming was encouraged because the last thing any parent wanted to do was be honest with their child and tell them that they probably wouldn't amount to everything they've ever wanted.

If you don't believe me, ask yourself, "Who was the first person to tell you that you couldn't do something? How did you feel about them after that?" Chances are, someone popped into your head right away, and that person probably fueled your desire for whatever it was that you wanted even more because you wanted to prove them wrong.

Parents are expected to encourage their child to dream big because at the end of the day, every parent wants their child to be successful and happy, and telling them otherwise would just disappoint them and break their heart.

However, there is a fine line between encouraging your child to dream big and getting their hopes up. The question is, should we tell children that they can be whatever they want to be, or should we be realistic with them from day one?

We all know that the chances of actually becoming a princess are few and far, unless you're Kate Middleton or Meghan Markle. We all know that the chances of becoming President of the United States are limited, unless you're one of the 43 men who have been sworn into office. So why should we tell our children that they can be whatever they want to be, when realistically, that's probably not going to happen?

Canadian writer Leslie Garret wrote an article and quoted a line that actor Will Smith once said. Smith said, "Being realistic is the most commonly traveled road to mediocrity." Garret followed with, "By implying that the only options are superstardom or mediocrity, we ignore where most of us ultimately land - that huge middle ground between anything and nothing much at all."

In other words, if you tell your child that they can be a princess or an astronaut, they are going to be disappointed when they land a 9-5 job without a crown on their head.

Encouraging children to dream big is important because it implants the importance of setting goals and working towards them at a young age.

However, you shouldn't give them the notion that they can be "whatever" they want to be because you're giving them unrealistic expectations as to how their life will really pan out.

Now, I'm not saying to go crush your toddler's heart by telling them that they're not actually going to visit the moon, marry a prince, or win an Academy Award, because they very well could do those things, but you need to be honest with them and tell them that some of their dreams won't come true, and that it's okay if they don't.

We need to encourage children to dream big, but realistically, we need to let them know that everyone's dreams are different and everyone's lives turn out different - just because your best friend gets a star on the Hollywood Walk of Fame doesn't mean that your job as a nurse or a teacher is any less important, because every job is important. If everyone scored the highest paying, high-profile jobs, there wouldn't be anyone left to take on the jobs that are just as important in society, like cashiers, waiters, and bank tellers.

I realize now that becoming an Academy Award-winning actor and marrying a prince are very unrealistic, but when I was younger I didn't know any better because no one was honest with me about how life really works. I admire my elders for letting me dream big, because dreaming big is an essential part of childhood, as it represents the carefree, oblivious spirit within a child, but as a result, I have felt like a failure numerous times throughout my life when my "big dreams" didn't come true - I felt mediocre. While mediocrity is typically looked down on, is it all that bad if we're mediocre and happy?

During job interviews, the most common questions I've been asked are "Tell me something that makes you stand out from other people," and "What makes you special?" I usually manage to summon up some response that impresses them, but it's usually a fabricated or exaggerated story because in this context, being mediocre just isn't good enough. Interviews usually leave me feeling hopeless or empty inside when I realize that I really am just a mediocre and average individual, but, again, why is being mediocre so bad? If we were all as special as the next person, we would all be clones of one another and we would lose a sense of uniqueness.

Instead of telling children that they can be whatever they want to be, we should encourage them to be whoever they want to be. At the end of your life, people aren't going to remember how much money you made, how many houses you owned, or what kind of car you drove; they are going to remember the kind of person you were. Being a good person matters more than how successful you are.

In today's society, there is so much pressure to be successful, because anything but makes us mediocre, and being mediocre just isn't good enough.

If you're happy with your life and who's in it and who you are and you feel like you've done enough, everything else should be meaningless. Besides, success comes in different variations; my version of success might be completely different than yours, so is there really a clear definition of success when everyone views it differently?

If anyone reading this still has a lifelong dream of becoming a princess or an actor, keep dreaming and keep pursuing that dream, because it's happened to other people and it very well could happen to you, but don't be surprised if it doesn't work out.

You're going to be disappointed and heartbroken at first, but if I've learned anything in my life about dreaming big, some things just aren't meant to be. As Alexander Graham Bell once said, "When one door closes, another opens, but we often look so long and so regretfully upon the closed door that we do not see the one which has opened for us."

If you've learned nothing from this and only take away one thing, take this: Dream big, but be realistic while you're doing it.

If you haven't already realized by now, I do not have an Academy Award sitting on my shelf, my bank account is empty, I have only been out of the country twice (meaning that I haven't "traveled the world"), I still live with my parents, I drive a car more than a decade old, and I can't even get a college boyfriend, let alone "Prince Charming."