Childish Gambino's "This is America"
Odyssey

Childish Gambino's "This is America"

Satire, contemporary dramatization, all in visual in a warehouse shared by depiction of cultural aspect on Black America. 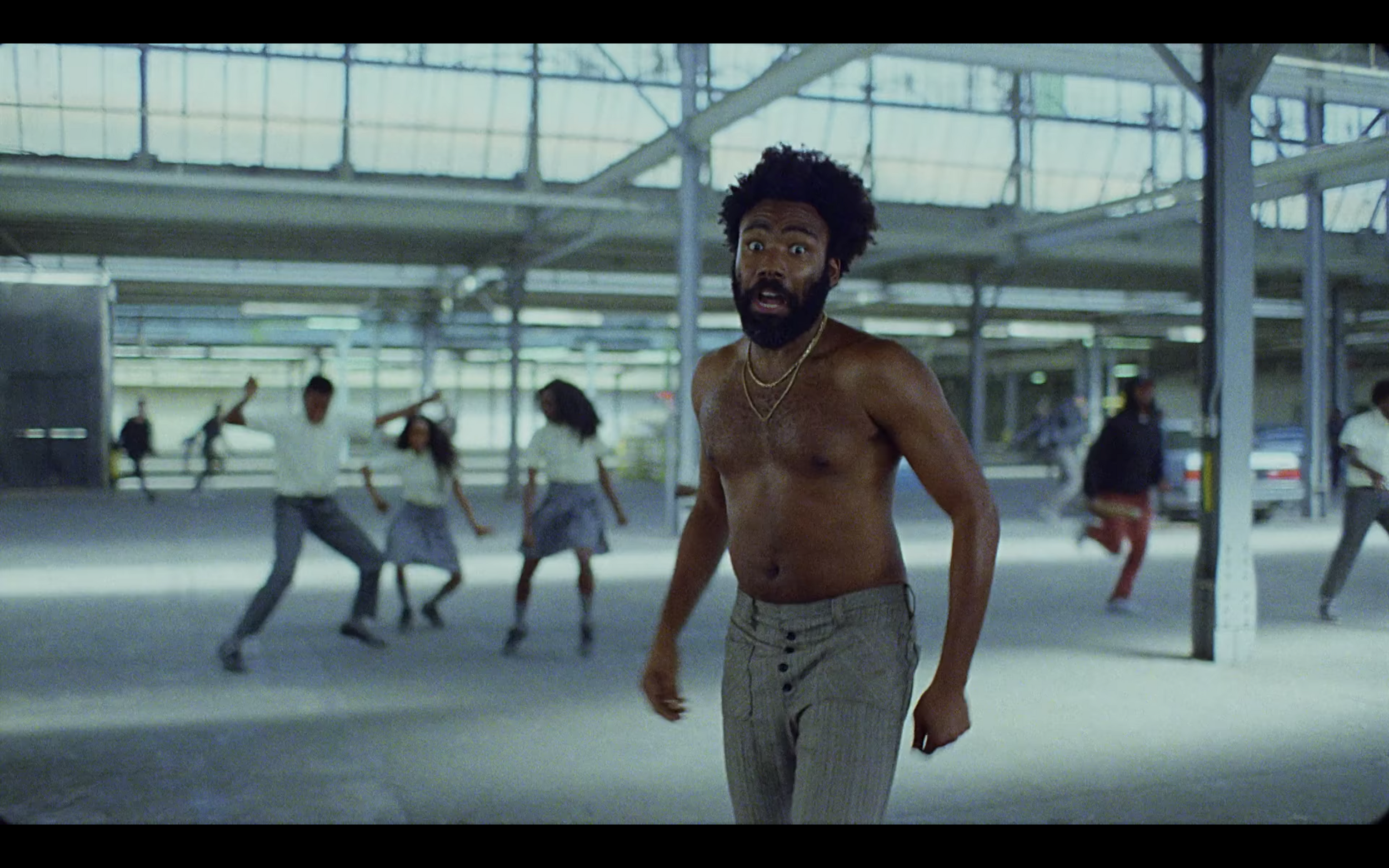 Donald Glover, better known as Childish Gambino was the host and performer on Saturday Night Live, introducing two new singles “Saturday,” and “This is America.”Prior to the new releases on SNL, a music video of “This is America,” was also posted.

The music video is a combination of satire, contemporary dramatization, all in visual in a warehouse shared by depiction of cultural aspect on Black America.

For instance, the motifs in the video portrayed, black culture aspect like gun violence, riots, protest, several popular dance moves and gospel.This video is a juxtaposition of multiple scenarios into one molded by a shirtless Glover, motioning around in a long take sequences with a SZA cameo.

“This is America,” is aesthetic rhythm bop, incorporating the mixture of chants with melodic acoustic to a transition of deep bass dignifying to the lyrical flow of Gambino.

Donald Glover has been a busy man, completing Season 2 of his Fox hit show Atlanta, being cast as the young Lando Calrissian in Solo: Star Wars Story.The music video was directed by Hiro Murai and produce by Doomsday with Ibra Ake and Fam Rothstein of Wolf + Rothstein.

Glover will start touring again in September with Rae Sremmurd and Vince Staples.

Below is “This America,” check it out: