Witness the genius that is Gambino. 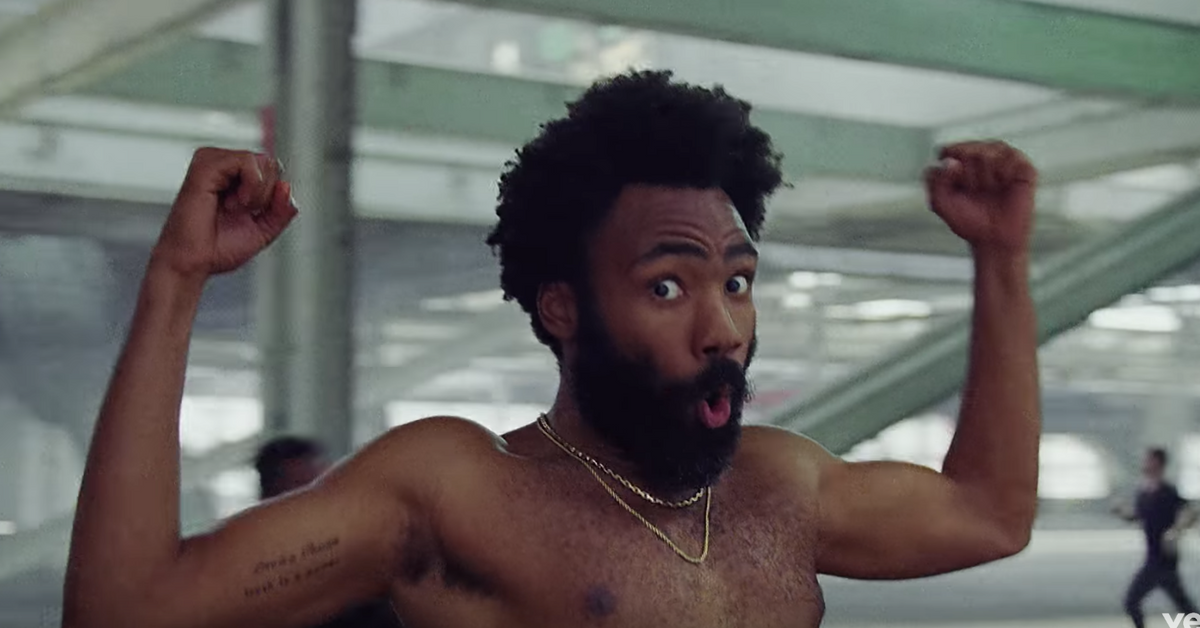 Childish Gambino newest music video for his single “This is America” has become a cultural phenomenon. With its depiction of black life in America, Childish Gambino has managed to squeeze a ton of references into the four-minute video. Here are some of the big ones.

Jim Crow was a caricature that was commonly used by white people to appropriate black culture and eventually became a symbol of oppression. It also was the famous character associated with “Jim Crow laws” which mandated segregation in many states.

Today, Jim Crow symbolizes the mass incarceration of black people in America which is probably what Gambino was getting at in his video. Currently, African Americans are incarcerated five times more than white Americans and treated worse in our unbalanced prison system meaning Jim Crow is still a dark symbol in America.

2. Pop culture is a distraction from violence

In this scene in the video, a hooded figure rides a white horse in the background, an image meant to symbolize death, while a police car follows. This is most likely a reference to police brutality in America which often results in the death or assault of black Americans. In the foreground, Gambino and his dancers dance as a “distraction” from the real issues going on.

For most of the video, if you ignore the dancers in the foreground, you see the violence portrayed in the background symbolizes America’s dark underbelly. This part points out how easily distracted we are from actual issues in America.

3. Guns have more value than people

The video shows scenes of Gambino shooting a hooded man in a chair and a whole church choir and the initial shock upon seeing this distracts you from the important part after. After every shooting, Gambino puts the gun carefully in a red cloth to symbolize the care with which we handle guns in America and how little regard there is for the human life just taken.

SZA makes a cameo in the video and many say (including her) that she is meant to symbolize Lady Liberty, who looks on at the violence passively but does nothing about it. This symbol comments on America’s warped view of “freedom” which still condones the marginalization of many members of society at the expense of the dominant members.

The shooting of the choir alludes to the mass shootings occurring in Charleston and Sutherland Springs which both had racially motivated killers. It also yet another depiction of the violence in America and, in particular, the presence of violence in holy places such as a church.

Glorie Martinez
116
Why I Write On Odyssey