What I Remember About Growing Up In The Early 2000s
Odyssey
CurrentlySwoonLifestyleHealth & WellnessStudent LifeContent InspirationEntertainmentPolitics and ActivismSportsAdulting
About usAdvertiseTermsPrivacyDMCAContact us
® 2023 ODYSSEY
Welcome back
Sign in to comment to your favorite stories, participate in your community and interact with your friends
or
LOG IN WITH FACEBOOK
No account? Create one
Start writing a post
Adulting

What I Remember About Growing Up In The Early 2000s 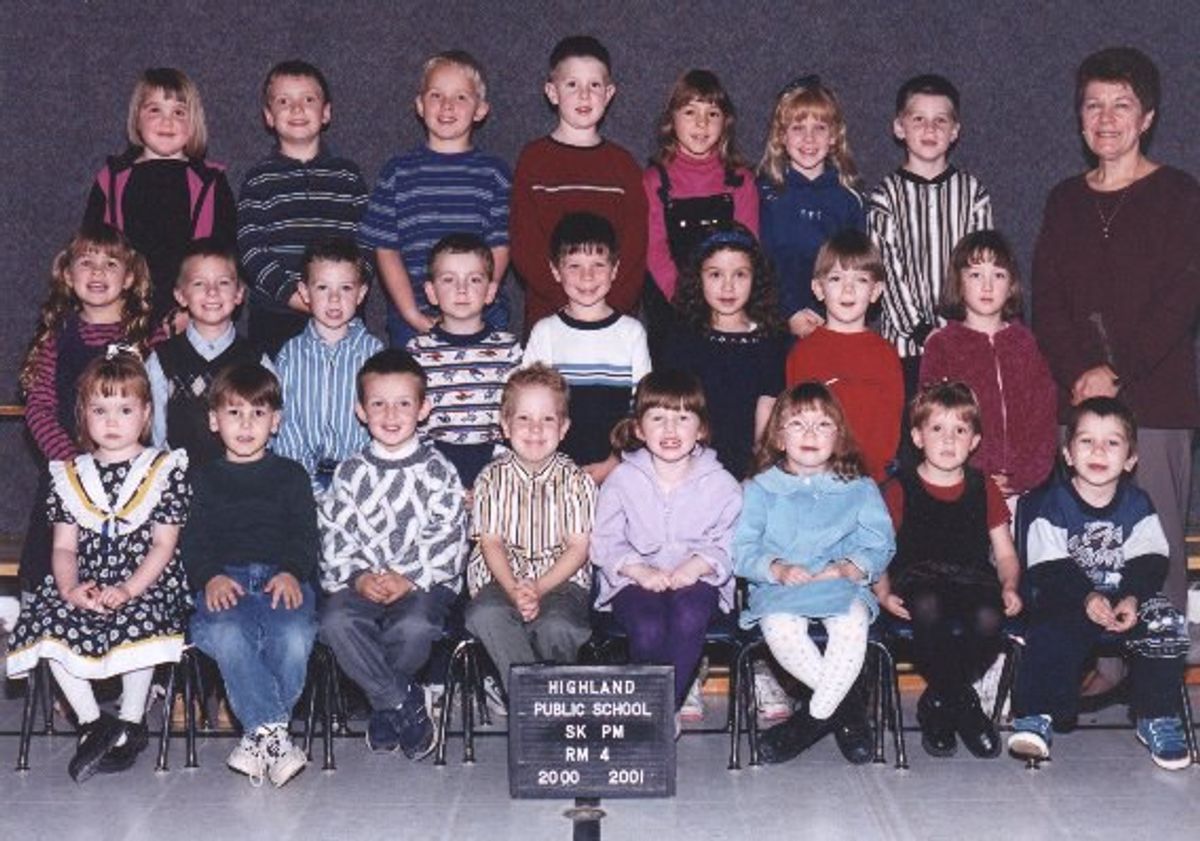 In a time before electronics were in every elementary school student's pocket and it was safe to leave the front door unlocked, the early 2000s was the perfect time to be growing up.

I was born in 1996, which some argue was too late in the decade to claim to be a “90s kid." I remember seeing episodes of the original "Mickey Mouse Club," "Bear and the Big Blue House," "Winnie the Pooh," "Reading Rainbow," "Out of the Box," "Barney and Friends," and many other shows that today's kids wouldn't recognize the way that we did.

I remember being able to run outside without being trained to lock the door behind me.

No one worried about someone breaking into our home while we were outside. It was safe to walk down the street by myself at 7 years old or ride my bike to my friend's house three streets over because the neighborhood was safe and the neighbors could be trusted.

I remember a time when, after you had finished your homework and dinner, you played outside until the sun went down.

Climbing trees, playing sports in the backyard, and having an imagination was the cool thing to do. If you fell and got hurt, all you did was run inside and throw on some Neosporin and a Band-Aid and you were good to go again.

I remember a time before life revolved around video games.

That was what we resorted to on rainy days when the weather was too bad to go outside and we ran out of imaginary games to play. After all, the most advanced game system we had was a GameCube, which was rarely chosen over my mom's hand-me-down Super Nintendo. (Super Mario Bros. all the way!)

I remember a time when the only way to play with your friends was to knock on their door.

Or call their home phone from your home phone, as long as no one was trying to use the internet. Only parents had cellphones, not kids. No one knew what texting or instant messaging was, all we did was write notes to each other and pass them back and forth at school the next day.

I remember a time when research projects were assigned and the only sources we had were from our school libraries.

Vocab lists were filled out from using our classroom dictionaries, and teachers took attendance with a pen and paper. Teachers used overhead projectors for their lessons, not PowerPoint. If we got lucky enough to have a movie day, we knew as soon as we walked in and saw the big TV cart sitting in front of the room.

I remember a time when freeze-tag, 4-square, basketball, and soccer were the coolest things at recess.

If sports and running weren't your thing, there was always a jungle gym that your imagination could run wild with. Tuesday, it could be a princess castle and Wednesday it could be a space station. Possibilities were endless. Best of all, playground fights stayed on the playground.

Once we went inside from recess, the kids from other classes couldn't bully you. There was no way for them to contact you all night, make nasty comments on your social media, or post mean things about you for their friends to see. Most times, things were forgotten about by the next day, which is a freedom today's kids know nothing about.

I remember a time when you were allowed to pack a PB&J sandwich for lunch without worrying about someone else having an allergic reaction to YOUR sandwich.

There weren't special accommodations for student lunches, no one was concerned about being gluten-free or vegan, and your only drink options were plain or chocolate milk. When schools started serving strawberry and vanilla milk, we thought we were pretty spoiled.

I remember a time before iPods were popular and everyone had portable CD players.

They were bulky, inconvenient, and you could only listen to one CD at a time. Our music libraries consisted of NSYNC, Back Street Boys, Hilary Duff, and Britney Spears.

I remember the good Disney shows like “Kim Possible," “The Proud Family," “Lizzie McGuire," “Sister Sister," and “Phil of the Future" were the TV shows we watched every evening.

The Disney Channel Original Movies like “Zenon: Girl of the 21st Century", “Cadet Kelly", “Pixel Perfect", and “Cheetah Girls" were even better!

Growing up in a time when technology was easily accessible but not so heavily relied upon was awesome.

We grew up with imaginations that today's kids don't have. We created our own games, imaginary places, and adventures. We knew how to interact with people face-to-face, mainly because it was our only option. If the internet was down for a day, we were still able to function.

The best part about growing up in the early 2000s is that we grew up alongside the technology, rather than being born into it.

A Letter To My Best Friend On Valentine's Day

Dear Mom, Have I Ever Told You?