So, when you pick up your phone to text your side chick, remember what your parents taught you when you played board games as a child. 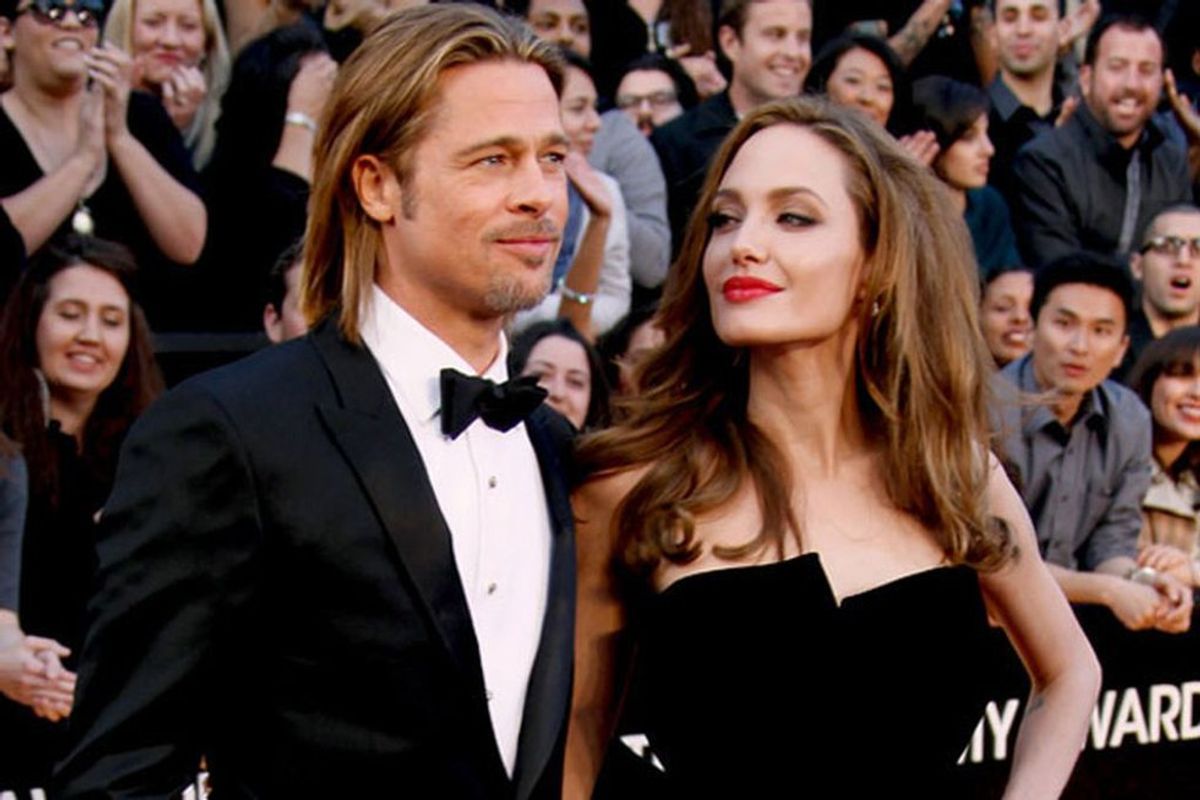 On Tuesday, the world was aflutter with the news that Hollywood power couple Brangelina is soon to become just Brad Pitt and Angelina Jolie. A moment of silence for what has been the leading Hollywood couple for over a decade. But with that news of Angelina’s decision to divorce Brad came speculations as to why. Did he cheat? I mean, he did it once, right? As it turns out, the divorce is sparked by different “parenting styles,” a fight on a private jet, alleged substance abuse, and a slew of theories from whatever People and Us Weekly come up with in the coming week. But the fact of the matter is that the “why” doesn’t really matter. In fact, how does their break up actually affect us at all?

Here’s what it did for my friends and fellow content creators: it opened up a discussion on cheating, specifically how emotional and physical cheating differ. Now, let’s take a quick jump back in time for a moment. This article was sparked by a comment that my friend brought up regarding Jennifer Aniston saying that she would “choose to believe” that Brad Pitt didn’t cheat on her with Angelina Jolie during filming of Mr. and Mrs. Smith in 2004. This comment was in reference to an August 2005 interview with People magazine with Jennifer Aniston. Also noted in the article is this quote from Aniston’s costar and friend Courtney Cox:

“I don’t think he started an affair physically, but I think he was attracted to her. There was a connection, and he was honest about that with Jen.”

Cool. He “wasn’t” having a physical affair with Jolie. Everything is all better. Not so much. Now, I can’t confirm or deny what Pitt told his then-wife Aniston, and I don’t really care.

It certainly isn’t only celebrities and politicians who deal with cheating, everyone does. In fact, in some instances cheating is almost glorified. It is "cool" to have a side chick, which ironically is rooted in misogynistic patriarchal ideals that men can be promiscuous but not women. From mainstream television, movies, and music, cheating is trotted out as a plot device that generally doesn't hold great consequence for the cheaters. Everyone has these subliminal messages sent to them through the media. From high school teens, to college students, to couples that have been married for decades. It can really happen to anyone. Physical or emotional, cheating is cheating and can happen out of nowhere. But the question is, is one form worse than the other?

What is physical cheating and what is emotional cheating? Well, for the purpose of this article, physical cheating is anything from kissing and making out to sex. Use your imagination. Emotional cheating? Harder to nail down, but for the purpose of this article, emotional cheating is flirting to developing feelings for another person while you maintain a relationship with someone else, whether in person, over the phone, or virally. Now the important part of both of those is that regardless of the aforementioned activities, you are maintaining a relationship with someone else and that is what makes it cheating and screwed up.

Emotional cheating, however, is much worse. Physical cheating can make you question yourself on physical level. Did they cheat because I wasn’t thin enough? Because I wouldn’t do certain things in bed? Because I’m not attractive enough in general? But emotional cheating? That hits you even worse. Because they are seeking out someone else to fill perceived gaps in the relationship rather than address it head on. If you sleep with someone once, there’s probably a good chance that you don’t feel much for them other than a sexual attraction. But emotional cheating means there is something else, chemistry or an intellectual attraction. That is the problem. When you let your attraction to someone else become a secret and you continue on a relationship with someone else, it is toxic.

You aren’t doing yourself, your partner, or even that other person a damn bit of justice. In fact, you’re setting yourself up to drop an emotional nuclear bomb on your partner. Rather than face facts, for whatever reason, and address the situation with the person you are in a relationship with, it builds up to the point where it is going to come out eventually and destroy that person. Sometimes, you can’t predict how that person is going to react. Humans are emotional creatures and when you mix anger and sadness together, you can sometimes end up with your car covered in window chalk or something worse. I mean, we have all heard “Before He Cheats” by Carrie Underwood, right? That may not be the “right” way to handle things…but…do you really expect people who are cheated on to be real cool with that fact? Probably not.

Emotional cheating destroys you. It blows you apart a thousand times over. You will continue to question and second guess yourself through many of your subsequent relationships. And for those people on the other side of the story? The “other woman/man”, if you will. What happens to them? Well, let’s ask Angelina how things worked out… don’t forget how that relationship and relationships like that start. If it’s rooted in cheating and secrets, your relationship probably is going to take a lot of extra work to maintain.

The fact of the matter is that cheating is bullshit and no one should have to experience it. Period end of story. For some it is physical cheating that breaks you, for some it is emotional. But cheating can destroy relationships, people, and even lives. It causes lasting damage to people’s psyches, emotions, and self-confidence. So, when you pick up your phone to text your side chick, remember what your parents taught you when you played board games as a child: Cheaters never win.

Kassie Hsu
Baylor University
453
Panda Whale
Here are 100 things I'd rather to than study. I know the semester just started, but
Featured