Tis' the season to be Jewish. 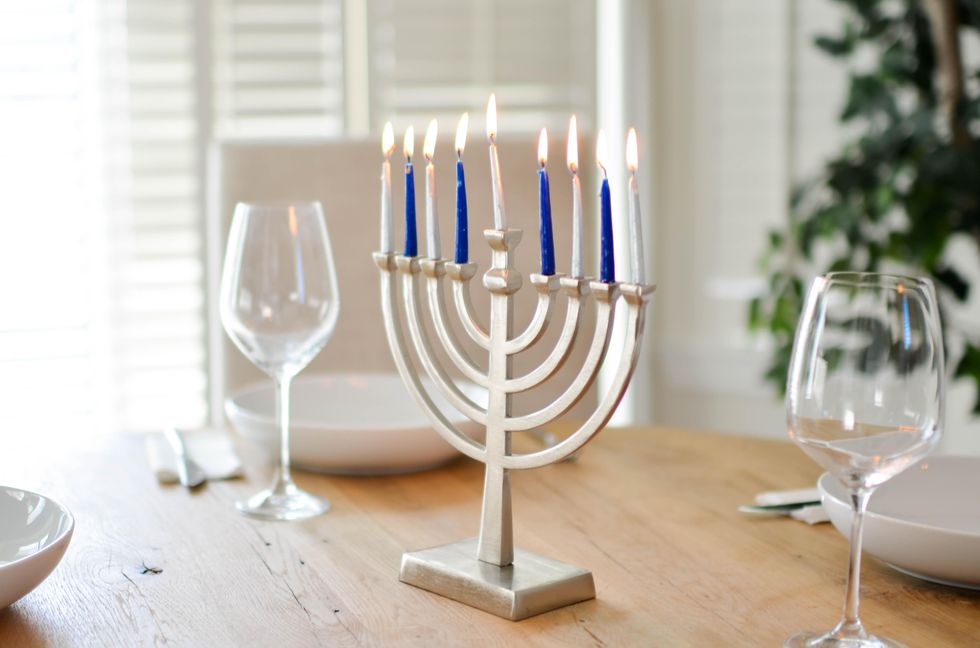 Photo by Element5 Digital on Unsplash

It's the most wonderful time of the year where everyone prepares months in advance for Christmas. Christmas decorations are put up, Christmas trees are being bought and presents are being wrapped. While all of that is going on for the majority of the world, there are a few of us who don't actually celebrate Christmas.

*GASP* I know right like who doesn't celebrate Christmas?

Well, no not exactly.

It's the holiday that many people just really don't know how it's celebrated or even why it is celebrated. Let me educate you for a moment so that you can understand more about the holiday.

Here are some key things to know about the holiday:

Hanukkah has nothing to do with Christmas

Christmas celebrates the birth of Jesus. Well, Jewish people don't pray to Jesus so we wouldn't celebrate a holiday about him. Our holiday celebrates miracles that happened a long time ago. Here's the short story of Hannukah.

There was a time when Syrian-Greeks ruled the Holy Land and demanded that everyone accept the Greek way of life. They didn't want Jewish people to pray to G-d or to practice their religion. There was a huge battle where a small Jewish army miraculously defeated the big Greek army. That is the first miracle. The Greeks had destroyed the Holy Temple and when the Jews when inside to light the menorah, they only found oil that would last one night, but it actually lasted eight nights. That's the second miracle and why we celebrate the holiday for eight nights.

We don’t believe in Santa Claus

Traditionally, we do receive presents for each night of Hannukah, but we don't believe in Santa or any other kind of figure that brings us gifts. We know our parents or grandparents bought gifts.

We don’t spoil the secret about Santa

There must be some unspoken rule out there that we all agreed to not spoil the secret about Santa to kids. Even after my elementary school teacher said to my class that anyone who doesn't believe in Santa is stupid, I still never said anything.

Hanukkah is not the same time every year

We all know Christmas is December 25th every year. Hanukkah changes because it goes off of the Hebrew calendar which is based on the moon, not the sun. So for 2020, the first night of Hannukah starts on December 10. Last year it started the night of December 22. It changes each year so look at your calendar.

The name is spelled different ways

You may see it spelled Chanukah or Hannukah. Which one is correct? There really is no correct way to spell it because you are taking a Hebrew word and translating it. In Hebrew, there is a letter that makes the "ch" sound but we don't have just one letter to do that. That is why you will see it spelled with a "ch" or an "h". If you are sending someone a card or just trying to wish them a happy holiday just say "Happy Hannukah!"

Dreidels are spinning tops. On each side of the top there is a letter. The four Hebrew letters are nun, gimel, hay and shin. They stand for a phrase that means a great miracle happened there referring to the miracles from the story. It's an easy game so if you are ever invited over to celebrate Chanukah, here's how to play.

We don’t get offended by Christmas or Christmas songs

I love Mariah Carey's "All I Want For Christmas Is You" as much as the next person. They are just songs. I always found it funny when the choir, orchestra and band in schools would always play five Christmas songs and then one Hannukah song. I'm only speaking for myself here, but I won't get offended if you don't include a Hannukah song. There are not that many out there and I don't really feel like playing "Dreidel, Dreidel, Dreidel" again.

That candle holder you have seen is called a menorah

On each night, we add another candle and light them. When we do this, we sing blessings and other songs.

We still work and go to school on Hanukkah

Every school is always closed for Christmas, but like I mentioned before Hannukah changes dates every year so we really don't eight days off for the holiday. Hanukkah is not a super religious holiday. It's definitely fun and a favorite among kids, but it's not a time where we need to take off from work to celebrate.

There is no such thing as a Hannukah tree or bush

Once again, that is a tradition to celebrate Christmas, not Hanukkah.

Yes, we do eat Chinese food and go to the movies on Christmas. It’s not a joke

It's an unofficial Jewish tradition. The reason for it is because the movies are open on Christmas as well as the Chinese restaurants.

Go watch Eight Crazy Nights. It's an Adam Sandler animated movie and it will help you understand the holiday better and it's funny which is a bonus.