Why I Changed My Major On A Whim
Odyssey
CurrentlySwoonLifestyleHealth & WellnessStudent LifeContent InspirationEntertainmentPolitics and ActivismSportsAdulting
About usAdvertiseTermsPrivacyDMCAContact us
® 2023 ODYSSEY
Welcome back
Sign in to comment to your favorite stories, participate in your community and interact with your friends
or
LOG IN WITH FACEBOOK
No account? Create one
Start writing a post
Politics and Activism

Why I Changed My Major On A Whim 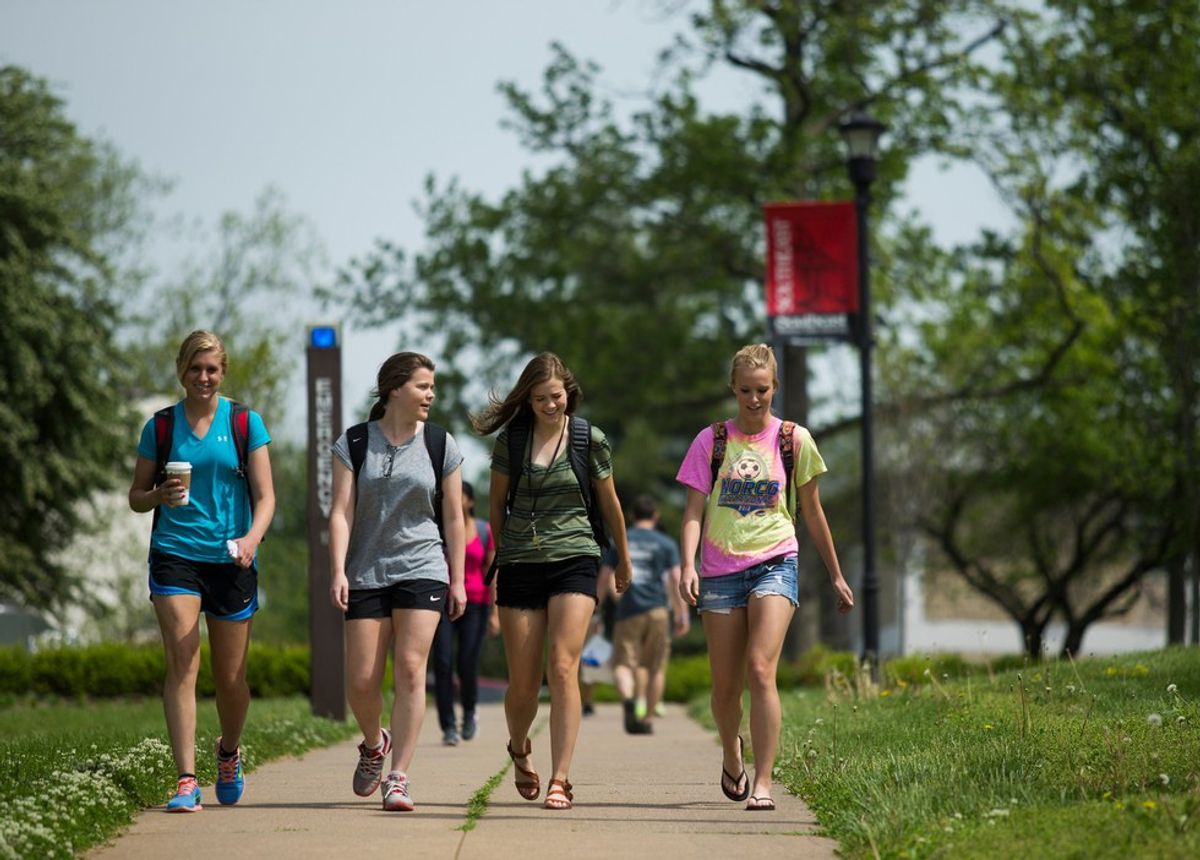 I was the type that was dead-set on what she wanted to do. I knew exactly what I wanted from a career, and how to go about getting it. I swore up and down for two years that I was the exception; I was the college student that would never change her major.

Boy, was I wrong.

For the past three semesters, I'd been a student on a Public Relations track. I wanted to be a publicist in the music industry or work for an environmental ally like the Sierra Club. I was going to major in Mass Communications: Public Relations, minor in writing, and possibly pick up a double minor in sustainability. I had this perfect plan for my life, and none of it included just randomly changing my major on a Thursday afternoon.


It all started back in August, when I got a letter explaining that I, as a Mass Communications major, would be obligated to buy a MacBook Pro (one of the most expensive laptops on the market) before the following August. This gave me exactly one year to save roughly $1700. At a minimum wage job working 15 hours a week, that was close to impossible. I tried raising money through GoFundMe, but only came up with about $170. That's only about a tenth of the cost of one of these overpriced, over-glorified chunks of lithium and plastic. But, nonetheless, I tried to push on, knowing that it was probably impossible to meet my goal and save all that money. I found myself bored in my PR classes. The instructors annoyed me with how much they talked about themselves, and I didn't feel like I was learning anything at all, let alone enjoying myself. I figured I'd find my passion in another class taught by someone a little different; I figured I'd hold out a little longer.

But then I took a creative writing class.

Have you ever had one of those professors that just inspires you to go after anything? One that encourages you, no matter what? My Intro to Creative Writing professor this semester is like that. He literally changed my life.

There we were, on Thursday afternoon, bantering back and forth about the building renovations. I mentioned that my PR Principles professor cancelled classes for the previous day because they moved all the desks out of her classroom. My professor replied jokingly, "If you were an English major, you wouldn't have to worry about that." I told him I really wanted to be, but I really didn't want to starve all my life. Long story short, he pulled out some research he had on hand (I know, it was almost meant to be) and started spouting off median salaries of some students that had graduated the English program here at SEMO, and assured me I wouldn't starve. And then it hit me:

If I changed my major, I wouldn't have to buy a MacBook Pro.

That afternoon, I dropped all of my Mass Comm classes for the next semester, enrolled in some English courses, and marched up to Grauel 301 to fill out the paperwork to change my major to English with an emphasis on writing.

The girl who swore to never give up Public Relations did it.

Changing my major scares me - don't get me wrong. Ever since I switched out of the PR program, I've been telling myself, "Okay, figure out what direction you want to take this English degree in, Karma." I don't know what I'm going to be doing three years from now. I don't know what kind of job I want or where I may end up, and that terrifies me. But, what scared me even more than this uncertainty was ending up doing something I wasn't happy with.

If you're unhappy with your major, I beg you to change it. Find something you love so you don't spend your life unhappy. Even if it isn't the most practical thing in the world, I want you to go for it. There's no better feeling than doing what you love.