Why We Should Be Giving Inmates A Second Chance
Odyssey
CurrentlySwoonLifestyleHealth & WellnessStudent LifeContent InspirationEntertainmentPolitics and ActivismSportsAdulting
About usAdvertiseTermsPrivacyDMCAContact us
® 2023 ODYSSEY
Welcome back
Sign in to comment to your favorite stories, participate in your community and interact with your friends
or
LOG IN WITH FACEBOOK
No account? Create one
Start writing a post
Politics

(Prison Reform could be a great start) 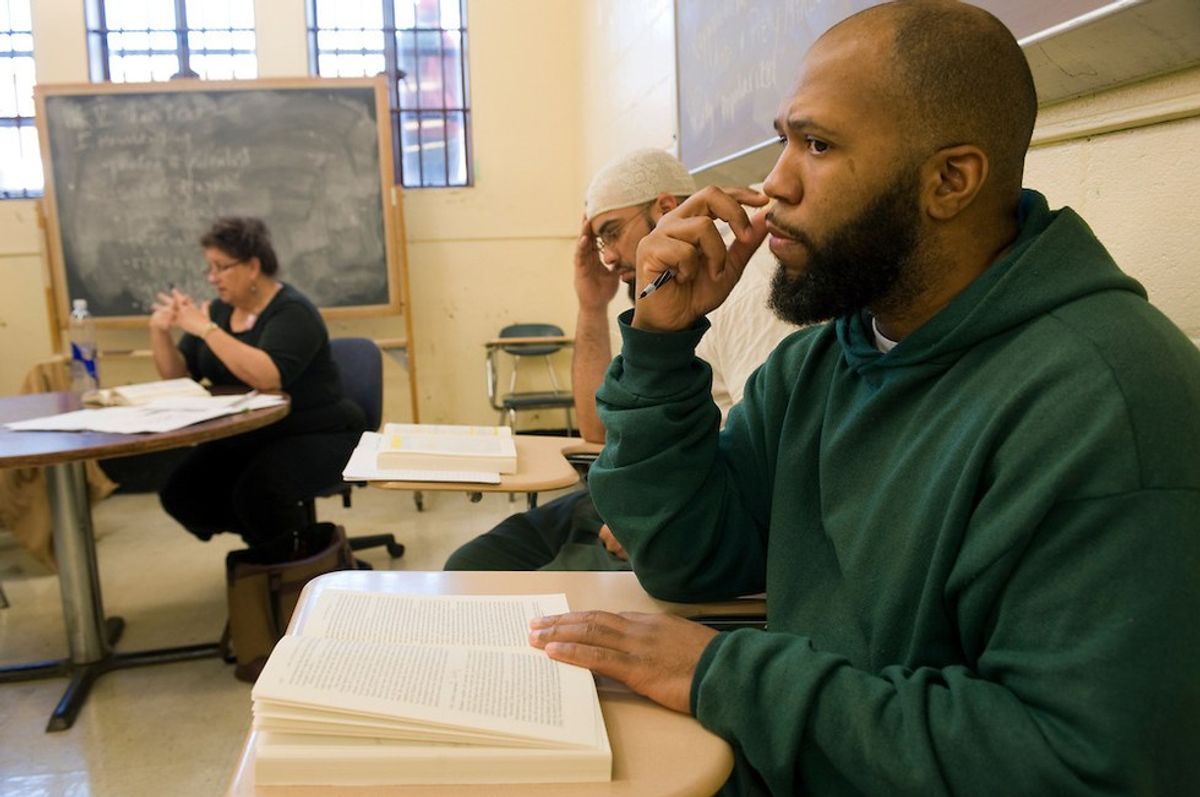 If you do the crime, you do the time. There’s no arguing that phrase. In fact, that’s been the motto for the American prison system for ages and it seems to be working pretty well right? It depends on who you ask. We’re doing a community a favor for putting away the bad guys but at the same time, there is an issue on how the bad guys are treated. Statistics from Generation Opportunity shows that America has the highest incarceration rate in the world, with 5% of the world's population and 25% of its prisoners. Nearly 2½ million Americans are in prison. Over 65 million people, or 20% of the country, have criminal records and 40% of our country's prisoners are African-Americans, who only make up 13% of the general population.

This is a pretty big issue, considering it would take about 90 years for the prison population to decline according to Slate. Whether it is because of the failure that is “War on Drugs” or the controversial Violent Crime Control and Law Enforcement Act of 1994, there are so many factors leading to why our prison system has so many twists and turns like a Six Flags roller coaster.

We even see ex-convicts have trouble adjusting to society, mainly because that same society won’t allow them to integrate properly. A vast majority of companies won’t hire them, ex-cons are ineligible to vote for two years, and they are left to live in a world that they are not accustomed to after being incarcerated for so long. My point is that there has to be much improvement for cons and ex-cons alike. Trust me, I’m not saying we should free every single prisoner (however, kudos to Obama for pardoning), but that instead of jamming people into overcrowded prisons with little to nothing to do, could we find a way to tackle issues and start working on reformation?

“That’s a stupid idea! Why do you want to help out actual convicts?! They deserve to be in jail and stay there!”

Last year, three inmates with criminal records beat a team of three Harvard University graduates. The same Harvard University in which Barack and Michelle Obama, Mark Zuckerberg, and Ryan Fitzpatrick all graduated from. Would you like to know how they did it? Because of The Bard Prison Initiative, a program that dedicated the last 15 years helping incarnated men and women graduate earn degrees. In another case, you have the story of Antwan Williams and Earlonne Woods, two prison inmates and award-winning co-producers of “Ear Hustle”, a podcast that focuses on inmates who live in solitary confinement. It all started thanks to Nigel Poor, a professor of photography at California State University who didn’t see a couple of convicts. She saw people who have aspirations, but things simply went wrong. That is the tale of almost every prisoner. They are induvial who want to have a second shot at certain goals they couldn’t finish. By giving these prisoners a chance at rehabilitation, the prison population could decline at a faster rate than anticipated. It all depends on whether or not, we want prison reformation.

Nicole Marie Nigro
Individual Creator
9792
c1.staticflickr.com
Where to start...... Let me start with the cliche that life throws us curveballs and what we do with it is what counts.

For Those Who Still Don't Know Which Candidate To Vote For