Celebrating The Birth Of The Hindu God Ganesha

Celebrating The Birth Of The Hindu God Ganesha

Celebrating a Hindu God's birthday one party at a time. 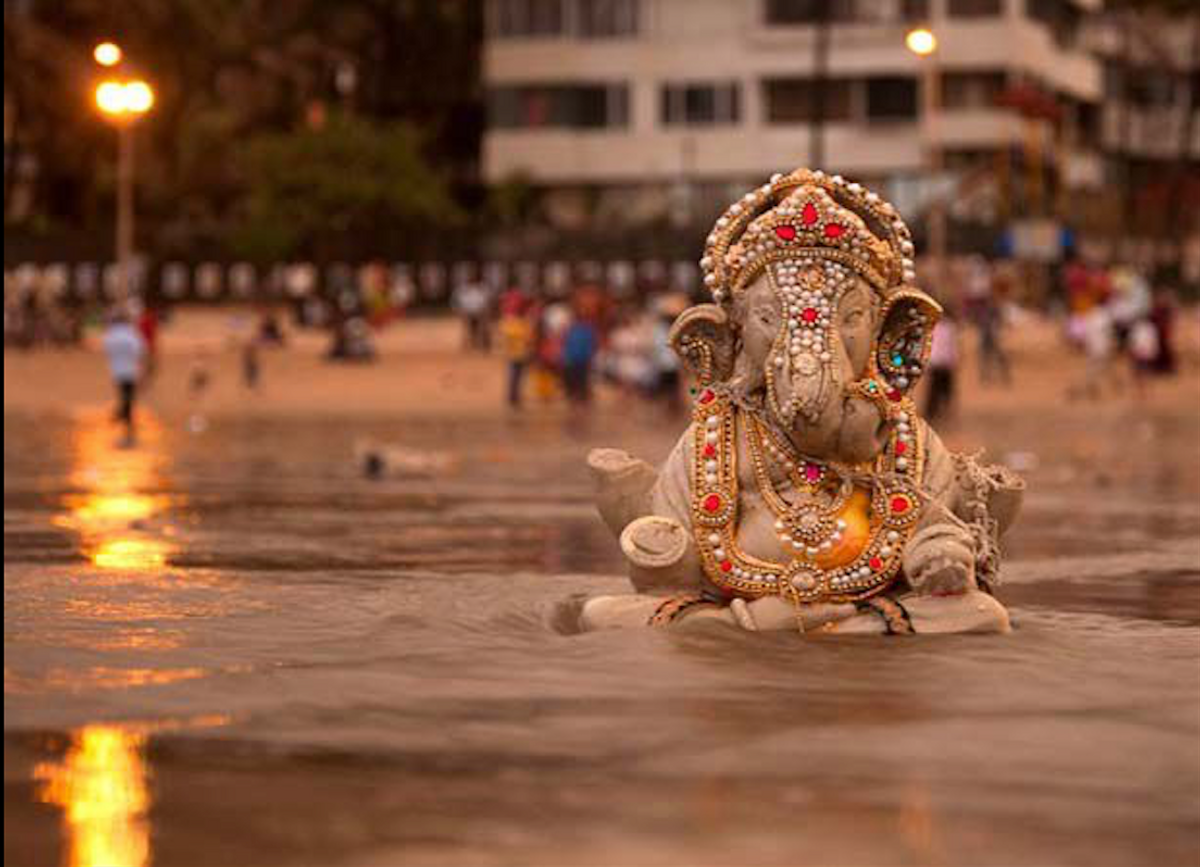 Coming from the Hindu culture in which we say Athiti Devo Bhava, which literally translates to ‘The guest is equivalent to god,’ preparing for god Ganesha’s arrival is almost next level.

Hindi mythology states that Lord Ganesha is the son of Shiva, who is the god of destruction in the Hindu Holy Trinity and his goddess Parvati. The story of Ganesha’s birth is that once while Parvati was bathing, she molded a human figure from her sweat and dirt and brought life to that figure and asked him to guard the door during her bath. Lord Shiva was meditating on the Kailash Mountain and was unaware of what Parvati had created. When Lord Shiva came to visit Parvati, her new guard did not let him pass. In anger, Lord Shiva cut off his head and this sent Parvati in rage. To repent what he did, Lord Shiva sent out his men to get the head of the first animal they could find and it happened to be that of an elephant, giving Lord Ganesha a human body with an elephant head.

Lord Ganesha with Lord Shiva and Paravati on Kailash Mountain

Today, Lord Ganesha is considered the first god to be worshiped at the start of any journey or venture as represented by his responsibility of actively guarding his mother’s bath and is now considered to be the guardian of the most auspicious beginnings and prosperity.

The festival’s history dates to almost 1857 when India was still under the British Empire. When the British had made it illegal for Indians to organize together in fear of conspiracies, leaders in the Indian community saw how revered and worshiped Lord Ganesha was amongst all the social classes and pushed for the festival from private family celebrations into large public events to help bridge the gap between the Brahmins and non-Brahmins and chose a fully representative god to help protest the British. With the independence of India in 1947, it was proclaimed to be a national festival.

The festival is celebrated with grand gestures in the states of Maharashtra, Tamil Nadu, Karnataka and Andhra Pradesh and many other parts of India. The festival is so popular that the preparations begin months in advance and homes are cleaned and decorated with flowers and marquees to house the idols of Ganesha. Bringing Ganesha home leads to the arrival of prosperity and welfare. Large facilities and wealthy families arrange for idols to be greater than 30 feet in height. During the 10 festival days of worship and prayer, Ganesha prayer services are performed daily.

The streets fill with people as they celebrate and continue their prayers as Ganesha is being immersed. Bright colors are thrown, people dance on the street, sing songs and chant.

In the home, families are busy preparing different types of sweets including the modak, Ganesha’s favorite sweet made from rice or flour stuffed with jiggery and dry fruits and nuts. They also invite their loved ones and dress themselves in new clothing. This union allows for a joyous occasion to celebrate health and success which they attribute to Ganesha’s arrival in their homes. The statue is to be immersed in a river or the sea following the 11th day of his arrival and it symbolizes a ritual see-off for the Lord in his journey towards his abode in Kailash while taking away with him the misfortunes of his devotees. Devotes sing and dance accompanied by the sounds of drums as they pray for an early arrival for Ganesha in the years to come.

Many delicious foods are prepared to appease the chubby god, including his favorite sweets, the modak.

Today, Lord Ganesha is considered one of the most popular Hindu deities. His friendly, childish and humble appearance has made him incredibly loved. Known as the vig-Nahar taa, or obstacle-averter, Lord Ganesha’s arrival helps create a year of prosperity and wisdom, and his devotees eagerly await his next arrival.