Cashier Pet Peeves: What Not To Do

Cashier Pet Peeves: What Not To Do

Don't do these things to a cashier, and treat them nicely! 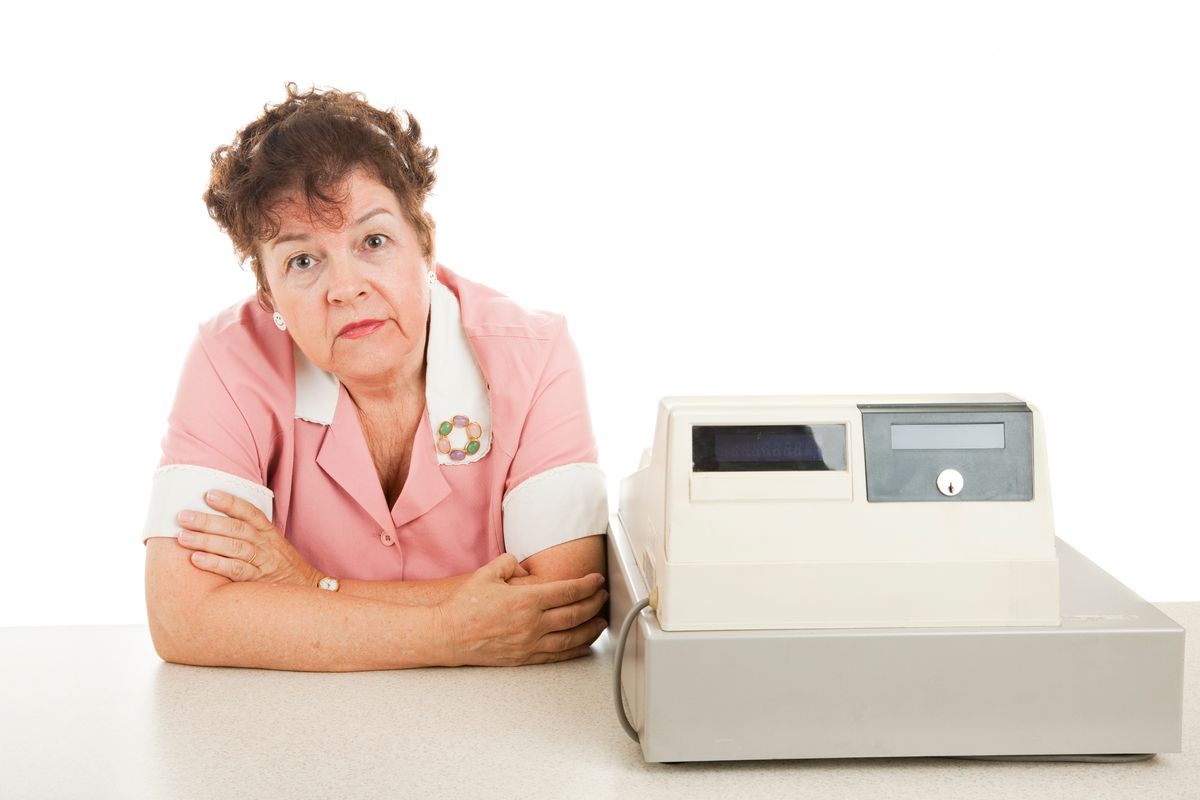 Being a cashier can be an easy job at times since all you do is scan, bag, and put a button to cash someone out. It also comes with it's own challenges and customers can be rude at times. Here are cashier pet peeves:

Don’t get mad at the cashier over long lines since they have no control over it.

It’s not the cashiers job to find an item that has a barcode, and they can’t move from the register. Make sure every item has one, or get a like item to avoid it.

Cashiers don’t control the prices so you can’t blame them for ringing it up wrong when all they do is scan, bag and hit a button.

If they bag items wrong don’t be rude about it instead be nice. Don’t make me cry because I will if you are that mean.

They have no control over your card; don’t blame them for it.

Never be on your cell phone when checking out. If you want to be that rude I might actually double scan your items since you aren’t paying attention.

Never leave your cart by the coral or counter since you pass by it as you come out the door. Be nice and take it with you to the front. In the parking lot put it in the cart place instead of leaving it in a parking spot.

Don’t make the comment it’s nice day to the cashier and then go too bad you are stuck here.

Never put your money on the counter instead put it in their hand.

Never be rude to them and ignore their nice greeting.

Don’t leave items at the register; put it away before you check out.

Use the divider when possible, and don’t be rude when saying it’s separate. A jerk actually said that like I was a naughty child when he didn’t say when his stuff ended.

Don’t point out the difference between parsley and cilantro since I’m sure they know it. They are looking for the code to type in the system.

They know how to count change since the register does it. Give them the change before they close the register.

Don’t stand too close to the person in line give them space. I’ve even had a customer get in my space, and he said he was not trying to steal my pin like he was trying to be funny about the fact that he was too close.

If a coupon expires don’t yell at the cashier about it since you are too stupid to read the date.

Never give them boob or sock money since that is disgusting.

Grab your bags yourself and don’t blame the cashier for forgetting to give you your bags since it’s also your responsibility to get your stuff too.

Don’t have your kids be rude in hanging the cashier items. I had one kid glare at me, and hand me stuff forcefully.

Also, your kids should not play on the bagging area. It’s annoying and I want to get you out as fast as possible.