Cardi B's Lyrics Aren't The Only Things Blowing Up, Her Career Is Too
Odyssey

Cardi B's Lyrics Aren't The Only Things Blowing Up, Her Career Is Too

Her rise to fame is one that proves hard work pays off. 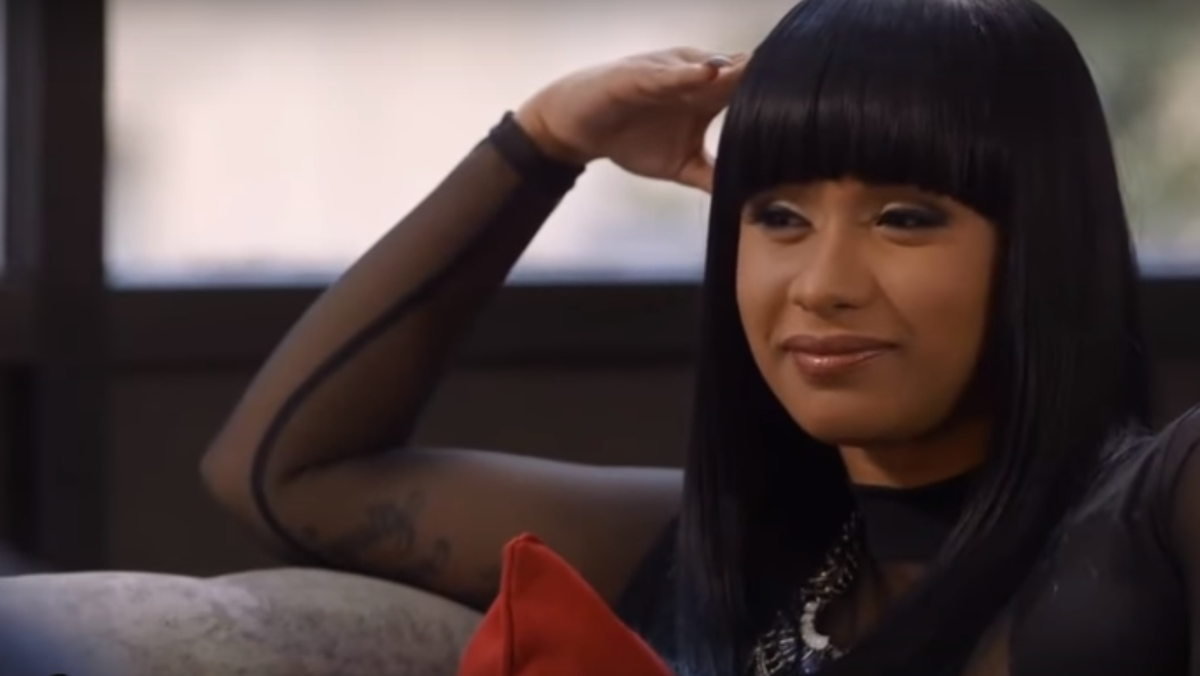 If Drake's lyrics "started from the bottom, now we here" ever applied to any celebrity before, that celebrity would be Cardi B.

From cashier, stripper, Instagram celebrity, reality television star and now a popular female rapper, her rise to fame is nothing short of meteoric. If you have a radio then you have definitely heard her song "Bodak Yellow." It's the song that took over last summer.

The fire lyrics also made her the first solo female rapper to top the Billboard 100 charts in over 20 years -- Lauryn Hill topped the charts in 1998 with her song "Doo Wop (That Thing)."

What makes the song so popular? Cardi B is unapologetically herself. She knows she has talent, has swag and she doesn't care about what anyone thinks. These lyrics themselves — "these expensive, these is red bottoms, these is bloody shoes/ hit the store, I can get 'em both, I don't wanna choose/ and I'm quick, cut a n***a off, so don't get comfortable" — shows that she knows what she has and isn't afraid of showing it off.

Of course, she didn't just obtain Louboutins overnight. She worked to get herself to where she is.

"A lot of people think I’m just a dumbass...Because I can’t talk English properly and it’s just, like, yo if I was dumb, I would not be in the position that I’m in,” she told Fader. "It’s just like damn everybody wanna be famous but, like, people don’t realize being famous don’t make you like rich. Like, yo you really gotta work to get rich.”

Her real name is Belcalis Almanzar. She was born to a Dominican father and a Trinidadian mother and raised in Bronx, New York. At 19, she was fired from her cashier job and began stripping in a New York strip club.

Her parents split when she was a pre-teen, and they worked very modest jobs. She grew up poor and not in the best conditions. She began stripping to escape her living conditions with her abusive ex-boyfriend.

Her Instagram videos, combining her wit and bold personality brought her to the spotlight in 2014.

The funny thing? Her videos go from her being goofy, promoting her strip club and giving actual solid advice. It wasn't long until she landed a spot on the reality television show, "Love and Hip Hop" in 2015.

Soon after, she released her mixtape and graced us with "Bodak Yellow." And she didn't have some fabulous advertisement team behind the song promoting it. She didn't have catchy memes or commercials about it.

She just released it.

And just like "Despacito" added Justin Bieber to increase its American audience, she recorded a Spanish version of "Bodak Yellow" with Dominican-American rapper Messiah to include her Spanish fans.

Besides her fire lyrics, Cardi B is also changing the game for women in general. In the industry, women are expected to have this image of perfection and hide their flaws or the fact that they work hard.

And, when we do get to see their work, they paint it as this beautiful and sparkly journey. They hide the ugly and just show you the pretty.

Instead of putting out an illusion of her life being perfect and her road to stardom being this magical thing, she comes out and says that nothing she has comes easily for her. She isn't afraid to show you how much work she does to create the Cardi B image.

When most celebrities would rather turn into smurfs than admit that they've gotten Botox or other cosmetic surgeries, Cardi B will list everything she has done. She also studies her industry extensively to keep on top of trends.

She isn't afraid to change to keep up with trends. The bold looks and her music all go with what is trending. As much as she loves her music and would love to do it the way she wants, she also loves having money to pay for her stuff.

Her ethos is "get that money," which is a hustle more commonly seen in men. They are the ones doing the dirty work. They don't have to glamorize their processes.

But Cardi B shows that same hustle. Actually, she won the "Hustler of the Year" award at the BET Awards in 2017. She is actually the first woman to win that award.

Aside from all of this success, Cardi B still considers herself a feminist. She says a lot of women do not consider her a feminist because she doesn't have a degree. She says, to her, being a feminist is "being equal to do what a man do."

So, again, I say, Cardi B has definitely started from the bottom and now she is here to stay.