Why I Can't Support Jeffree Star

I used to idolize him, but his racism and misogyny have crossed the line. 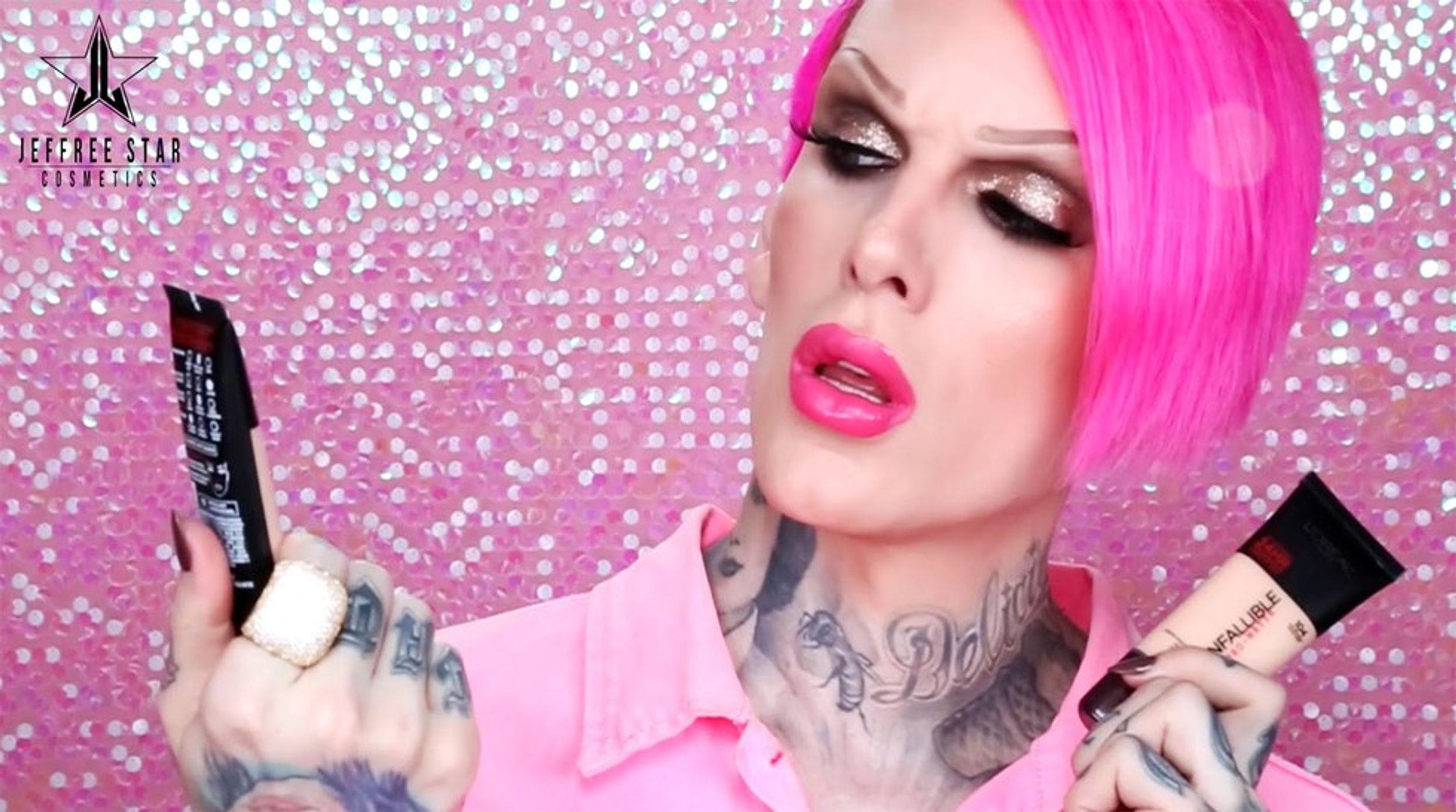 Like any other person obsessed with makeup, I follow many different makeup artists on YouTube and Instagram. I love watching their tutorials and reviews, all which leave me inspired to try new looks and teach me more about products that will up my makeup game. One of these beauty gurus that I used to follow is Jeffree Star, a singer/songwriter, model, and makeup artist who is probably best known for his popular makeup line, Jeffree Star Cosmetics, which features liquid lipsticks, lip scrubs, highlighters, and a new eyeshadow palette.

However, as of late, his cosmetic line isn’t the only thing making him a hot topic on social media; his extensive history of making racist comments has now become the subject of many YouTube videos by other vloggers and beauty gurus. One of the most disturbing incidents is a video he made ten years ago on MySpace. The video is supposed to be a satirical skit between him and a drag queen, who is in blackface. One of the disgusting comments made in the video is that he wants to throw battery acid on an African American woman to lighten her skin so it will match her foundation. Star also calls someone a “black b*tch” while his friend continues to pretend to be a stereotypical black woman. Even if the video was made ten years ago, he was still an adult at the time and should have known better than to make something so vile and racist. If he had been 15 years-old, that’s one thing. But he was at least 19 years-old at the time; there are no excuses.

Star has become infamous also for being a drama queen on social media, whether to be rude to fans complaining about his products or starting Twitter wars with other makeup artists. While most people know about his beef with Kylie Jenner over some defects with her liquid lipsticks, Star’s issues go far beyond just her. One feud that highlights his misogynistic and racist behavior is with MakeupShayla, another makeup artist. At an event they both attended, in his Snapchat story Star ranted that Shayla allegedly told another YouTouber that her face was disproportionate and to get lip fillers. Whether or not this was actually said in a rude manner, like he claims, is unknown. He then proceeded to rage about her being a c*nt and a h*e. Even though that comment had sent him in such a rage, Shayla said in her Snapchat story that he was all smiles when they ran into each other at the event.

On Twitter, the situation became even more intense. He called her out first for making the lip filler comment; if she had indeed said something rude like that, then confronting her about it is fine. However, he escalated things to a terrifying level. He threatened to beat her up several times, and when she criticized his fans for supporting someone who threatens violence against a woman, Star responded that she looks like man. I find it very ironic that he would claim that she was a bully, yet threaten her and hurl terrible insults at her. Shayla should not have made the rude comment about that woman needing lip fillers; however, she does not deserve to be threatened or insulted in this manner, especially since Star was too much of a coward to say anything to her face.

Moreover, despite his claims to be so against bullying, and to be such a supporter of female empowerment, he is friends with a bully. In one of his Snapchat stories, MannyMUA and the owner of Gerard Cosmetics made fun of a YouTuber who was reviewing the company’s products. In the last part of the Snapchats, the owner said that the reviewer was an ugly person. Manny later tried to apologize and say that the video cut off and that the owner was saying she had an ugly personality, but that’s not exactly better. Despite this incident, Jeffree and Manny are still the best of friends, and Manny was never beat up by Star for being rude. Moreover, it seems as though Star has a way of corrupting beauty gurus who become a part of his inner circle. When Manny was primarily friends with Patrick Starr, another makeup artist, he was kinder and he wasn’t rude. But once Star came into the picture, Manny became his carbon-copy: another gay boy acting like a stereotypical black woman and covering up his rudeness by calling it “sass” and “shade.” Plus, it is shocking to me that Manny, a person of color, would still adore Star despite his racist history. I feel guilty now for talking about him in my last piece about makeup double standards.

Stephanie Nicole, a makeup artist on YouTube, made a video reviewing a few of Star’s products. Then, once she’s finished the review, she then goes on to discuss Star’s racist and misogynistic tendencies, showing videos of his Snapchat rant against MakeupShayla, his disturbing skit, and other instances where he was rude to fans and problematic in general. She concludes that she refuses to support his company anymore. I agree with her completely. Just because he is a part of a minority group by being queer does not give him the right to be racist or misogynistic. You can watch the entire video down below:

I was extremely conflicted when I heard about all of this. In fact, I was almost heartbroken; I have admired Star for a long time because of how he breaks gender roles and goes against the gender binary. I also coveted his products, and was very ready to purchase his Skin Frost highlighters and some liquid lipsticks up until I found out that he’s a racist. I have some of his music on my iTunes because some of his tracks are fun for workouts, but now I feel guilty even though I just did not know. However, I do know that I will not be supporting Jeffree Star anymore, no matter how tempting his products are.

If you still want to buy his cosmetics, go ahead, I can’t stop you. I have no right to tell you how to spend your money. I don’t blame you; he produces some great makeup after all, even though he is a trashy person. However, if you bought his products before finding out about his problematic behavior, and now regret your purchases, I advise that next time you research a company before giving them your money. It’s difficult to enjoy a product when you know it’s produced by an unpleasant person. This experience has taught me a valuable lesson about being an informed consumer and not simply buying something because it has pretty packaging.