Can Women "Have It All?" 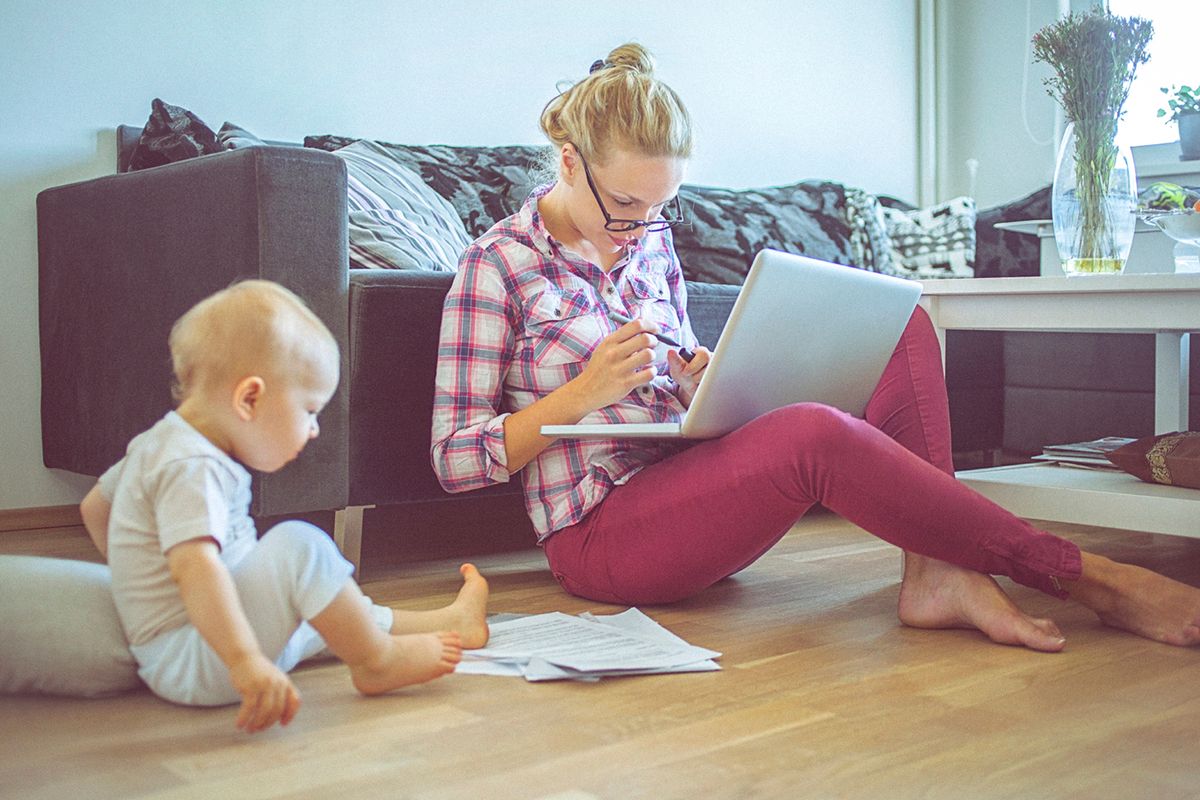 In this week’s Gender Studies class, we had a conservation about the topic of work-life balance for females. Our main focus was whether or not females can “have it all” which means both a satisfied career and at the same time maintaining close bonds with family, especially with their kids. In nowadays society, women compromises 47% of the labor force, but only 4.6% of them are CEOs of Fortune 500 companies. Women have to sacrifice their careers, usually a higher position with more demands. An example is Anne-Marie slaughter, former Director of Policy Planning for the US State Department, quitted her job after two years’ appointment and went back to Princeton to teach, for a more flexible and controllable schedule so that she could spend more time with her youngest child. And this list goes on and on. As an unmarried college student, without real-life experiences, I am not on a position to draw conclusions for this question. In the meantime, I still believe that the question itself is problematic in different ways.

No doubt, we always talk about the work-life balance of women in our society, but rarely apply the same theory to men. What’s wrong with us? We seem so comfortable with the spilt of traditional gender roles: males as the breadwinners, females as the primary caregivers. Our society judges men based on their ability and position in workplace. Men are also more likely to be criticized when they violating masculinity roles than females violating femininity roles. That is why stay-at-home-dads are rare, though these are totally individual decisions. As a solution, we should not only talk about “men have it all,” but also encourage them to do so. Research shows that father figures are important for children’s motor, language, IQ, and EQ development. Additionally, by having fathers stepping in and taking more responsibilities within households (ex. split the chores), it gives their female partners more opportunities and times to achieve their occupational goals.

2. Is “having it all” a class and race privilege?

As sociologist, we talk about intersectionality - how social factors intertwine and influence each other. Sheryl Sandberg, CFO of Facebook, an upper-class white woman claims that women can “have it all” by and some people start to question the universality of the idea. Financially, upper-class working women’s spouses are able to spend more time within households because their wives’ salaries are supportive enough for the family. Additionally, these families can afford expensive day-care when both parents are away. Therefore, it is hard for women to “have it all” without the assistance from different aspects. Other than class, race is another influential factor. Women of colors sometimes have to “have it all” or rather “make it all” as a baseline to survive. In order to feed their families, these women usually are lack of choices, especially under the situation in which single mothers are disproportionally racial minorities.

3. Why is it so odd to have a female breadwinner for the family?

The article that we read for Thursday describes “female breadwinners” as “destroying the American family.” So what does “American family” mean? In this case, definitely heterosexual nuclear family with distinct gender roles. We confirm this concept because that is usually what we learn from our parents and society. However, it doesn’t mean that anything that disobeys the concept is deviant. Therefore, why don’t we redefine “American family” by opening up to all possibilities?

4. Why do women have to redefine “have it all?”

Another problematic thing is that when women try to persuade that they can “have it all,” they sometimes have to redefine the concept. They sometimes rest the standard of their career from a “successful satisfied career” to simply “have a career. “ An example is shifting from a full-time job to a part-time job.

Nicole Marie Nigro
Individual Creator
9020
c1.staticflickr.com
Where to start...... Let me start with the cliche that life throws us curveballs and what we do with it is what counts.