I Can Go The Distance

I Can Go The Distance

"If you are someone like me, who is reaching into the moments of your present, pulling the future towards you with undaunted intent; you deserve a song of pure joy and celebration." 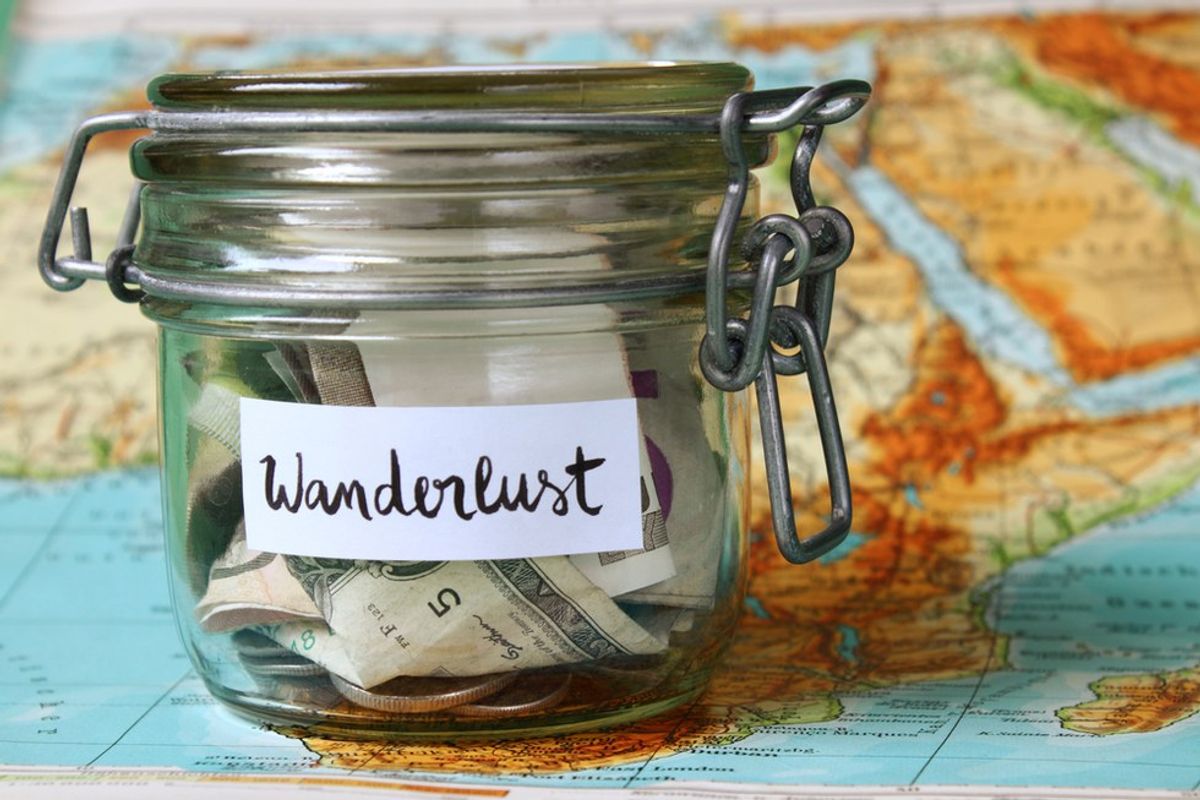 So, let me set the scene for you; it is five pm on a Sunday and you're on your last leg of this 35 hour work week. All you can think about is how slow sixty minutes can feel, and you are starting to become convinced that time has actually just flat-out stopped. You begin rolling empty straw wrappers into balls and hope that your boss doesn't notice you doing nothing for five seconds before your mind starts to wander. "I still have homework to finish for tomorrow" you think and before long, you don't even want to go home because work and home may as well as be the same place. Well, at least home doesn't come with sweating into your uniform and standing for hours on end. And maybe home doesn't come with creating long, complex curses hidden beneath an outward smile every time a customer orders food a minute past when you were suppose to go on break.

This is your life. Day in and day out. Okay, I'm projecting a little. This is my life specifically, but this is also many other people's lives. Mine consists of waking up, doing school work, going to work, coming home, doing school work, and going to bed. At least, in general, occasionally you can throw in a concert, the constant anxiety of signing my soul over to a lifetime of college debt, a hike in the woods, the dramatic effort of supporting basic human connections, some yoga, and maybe a few hours writing. I think a common question to people who work like this is why. Why do it? Why would anyone work like that? What I've found is this; sometimes you have sleep a night in the trenches before you can charge across enemy lines.

Surely not everyone feels the same way I do, some people do things just to do things. Maybe because "well, if I wasn't working, I don't know what I'd be doing" or "I want to work so I can go out to eat with my friends because my mother stopped give me money." Some people work like this because they have a family to support, even that is just a family of one. For me, though, I've always had a dream in mind. I think I'm speaking specifically for, and to, the people who work towards a distance dream.

A lot of people have dreams, in fact, I would go as far as saying that all people have a dream. The beginning of that dream in fairly similar for all people, they think it up and want it. Pretty standard, extremely simple. The unfortunate part is that most people want their dreams like they want to lose ten pounds on New Year's Day, in a rush of motivational adrenaline that pushes them forward to the gym at six am. It might propel them into the next day as well, if they're lucky, perhaps even that next week. Normally, though, the valley between those who get their dreams and those who sleep in that next Tuesday is a bridge built in sacrifice.

The work does not begin the moment one wants to work for something, the work begins the moment one does not want to anymore. The moment that a dream becomes a faint call in the distance, becoming only fainter by the sinister whisper in your ear of "this fucking sucks," is the moment that most people will break. That moment is a person's first sacrifice. The person who still hears that call in the distance and chooses over and over again to run at it with all they have left in them at that moment is the person who will bridge the gap.

Working for a dream does not look like the inspirational movies montages, though sometimes it will thankful feel like it. Working for a dream looks more like crying at two am because you forgot you have a test tomorrow since you were too busy writing an essay for a scholarship. Working for a dream is getting off work with sore feet but not putting off that run to another time you know you won't do it. It can start with a ten years old that saves the tips she makes from volunteering at Bingo, and puts them in a homemade piggy bank with pictures of all the places she wants to go on it. It can start with an aesthetic dream board, sure, but the bread and butter will always be in the moments you want to give up.

At this moment, I will publicly announce a very embarrassing quality about myself, but for good reason. Every day, on the way to and from work, I listen (and sing obnoxiously) to "Go The Distance" from the Disney movie, Hercules... When I was younger, I saw this movie and every time I heard that song, I thought to myself "that's going to be me one day." I sing that song and dream about the day that I will look around at my life and say I went the distance between those who sacrifice and those who took the easy way out.

If you are someone like me, who is reaching into the moments of your present, pulling the future towards you with undaunted intent, you deserve a song of pure joy and celebration. You and I, we know the feeling of waking up with one thing on our mind and going to bed with one thing on our mind's. We know to laugh when people tell us we're crazy. Some days we will face the distance, with our feet dragging behind us. Some days with the raging mindset of someone who hasn't seen food in days being handed a bowl of cereal. And oh, those glorious days where we hit the ground running.

We can go the distance.