Because I'm so much more than that. 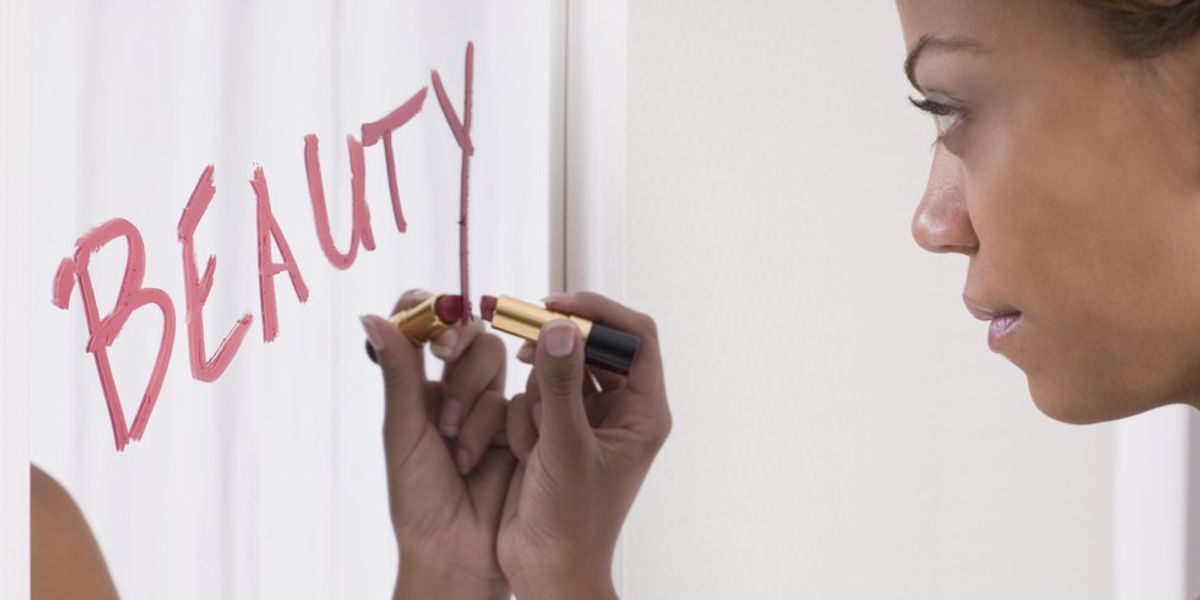 For some reason, so many girls simply aspire to be beautiful. From an early age, we're taught to play dress up and play with makeup and other products deemed "feminine." Girls grow up wanting to be princesses, but settle for second best as a trophy wife. If we don't feel beautiful, we feel worthless, because beauty and excellence go hand-in-hand. We're stuck fighting this unrealistic beauty standard each and every day set by the world around us. Beautiful is what we're striving to be. Not interesting, or charming or nice, just beautiful - that's all. And what is beauty going to get us, exactly? Someone maybe mildly interesting to find us attractive for a little while? A drink or two at a dive bar? While there are so many things we can be doing with our skills and knowledge, we're worried about the way we look. We're not going to cure cancer if we're too worried about flyaway hairs.

You see, society has women constantly wanting validation that they're beautiful. So much so, that we only compliment her appearance, not her quirky sense of humor or take charge attitude. And I've heard far too many times the phrase, "ugly but nice," as if they're mutually exclusive. As if to be a decent person you have to look good as well. Often times, if we find a person unattractive, we're actually less inclined to socialize with them, as if only pretty people are worth our time. Is it because we just don't notice them, or because we subconsciously only want to surround ourselves with "pretty people?" Instead of talking about how great of a leader a woman is, we're talking about her outfit (cough, cough, the 2016 presidential election). Everyday Feminism writer, Erin Tatum, reminds us, "Every women's identity extends so far beyond the superficial, and they deserve for others to start recognizing that." Basically, beauty is only skin deep, so dig a little deeper, because women are people with thoughts, feelings and opinions.

Rupi Kaur, writer of milk and honey summed it up in just a few lines...

And she's absolutely right. As a woman, you are so much more than that. Women are the most exquisitely strong creatures on this planet, yet for some reason, we're reduced to "pretty," "beautiful," "hot," and other adjectives to describe our physical attributes. SO many people will try to say "beauty is only skin deep," but Societal values have put such a pressure on us to look a certain way that none of us are really focusing on what we should be - ourselves, who we actually are; not what we see in the mirror.

Beauty is completely irrelevant; compliment someone's confidence, enthusiasm, or work ethic. Not only is it demeaning, but beauty is a predictable compliment as well. This isn't to say to never accept a compliment on your appearance or tell someone else they look nice, but we need to keep in mind that our looks shouldn't be so prevalent in our society because in all honesty, they really aren't all that important in comparison to who we are as individuals. Because we are individuals, not just a pretty face.