When You Call Someone Intimidating

When You Call Someone Intimidating

Despite your intentions, this doesn't feel like a compliment. 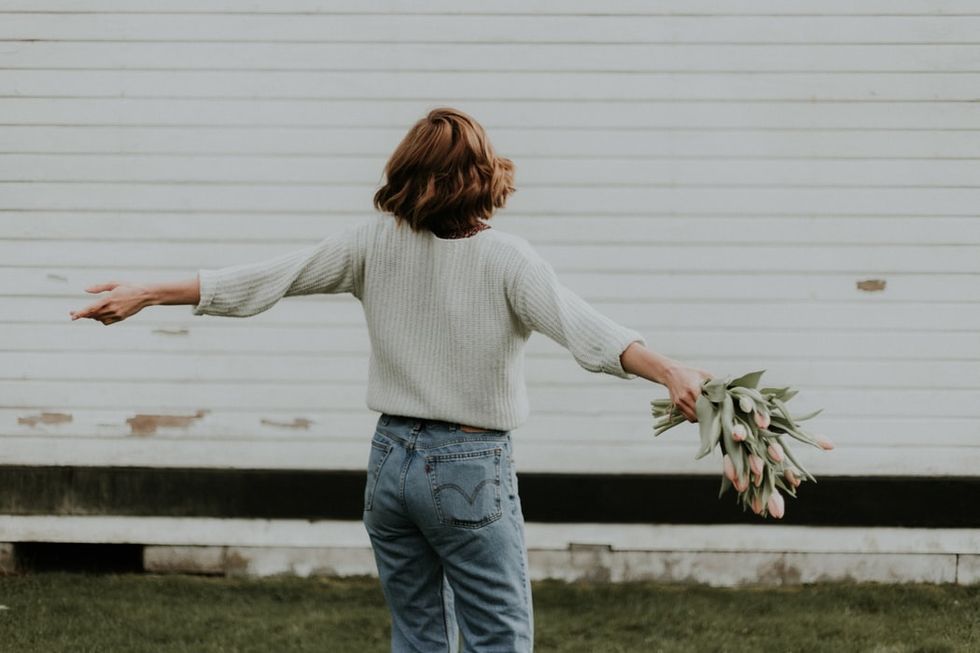 "You just come across as really intimidating." Probably one of the most common sentences people tell me, besides, "Wow, you're tall." Even some of my best friends in high school told me they were immediately intimidated by me when they saw me the first time. Why is that? The dictionary defines the word as "having a frightening, overawing, or threatening effect." Now that we have achieved a basic vocabulary lesson, I have to ask, what is so frightening or threatening about me? Do I make people feel small, weak, or incapable? I've always asked what it is about me that people find so intimidating.

Surprisingly, no one ever has an answer to my question. Here is the problem with referring to a woman as "intimidating." It has a negative connotation, making the person who is being called this upset. For some reason, our success, appearance, demeanor, or personality makes (mostly men) feel less than they should. It shouldn't be a bad thing to have any of the above achievements, and hopefully, most people won't feel threatened. Unfortunately, some do. I am not the only one alone in this struggle, and in search of determining what makes people feel threatened, I turned to social media.

1. "Everyone thinks I'm intimidating, and then they talk to me."

One of my friends informed me that people in her sorority are often "intimidated" by her until they actually have a conversation. I think this is so telling about the concept of intimidation as a whole. Sometimes, people make judgments about others before even learning who they are. People who haven't even spoken to this girl have decided to feel threatened by her. As children, we are taught not to judge a book by its cover, but isn't that exactly what is going on here?

2. "People mistook my caring as being intimidating."

Another person said her story came from high school where she held an officer position in Student Government. A lot of people thought she was "intimidating" which hurt a lot. She was trying to make people happy, but instead, they mistook her as the class "bitch." She had to work hard to get a healthy mindset when it came to leadership.

It is easy to understand why some might feel threatened with people who hold a position of leadership or authority. However, you should be proud of your accomplishments, and not let others tear you down because of your success.

3. "My mom would always say it's because I'm tall, athletic, and smart and guys are intimidated but that always made me feel worse."

Oh boy! If ever I related to a story, this is it. One of my closest friends told me the guys she went to high school all her friends would be in relationships and boys would drool over them, but not her. Instead, her mom would say guys were just intimidated by her, but that didn't make her feel any better. Why would guys choose to look over someone who is so wonderful?

Guess what, men can also feel put off when people call them intimidating. My best friend from high school told me people consider him intimidating. Frankly, I am guilty of making him feel like this. The first time I saw him I wasn't just intimidated, I was scared. He was tall and incredibly strong-looking and walked with extreme confidence. Once I got to know him, I learned my preconceived notions couldn't be farther from the truth. He was the nicest and still is one of the greatest guys I know. I would be lost without him.

Frankly, there are a lot of worse things women can be called, but when a guy says they are intimidated by me it feels like I was punched in the stomach. Someone made a judgment about me without even bothering to speak to me. Sometimes, they make judgments because of what I have achieved, which might be even worse.

Here is the thing, I cannot change my height, my achievements, or my "Resting Bitch Face," and I can't change the small-minded men who feel threatened by these factors. What I can change is my outlook on the situation. I didn't date at all in high school and I always chalked it up to those pesky intimidating features which often left me feeling ashamed of who I was. Today though, I realize the accomplishments that make me "intimidating" also make me unique and have helped shape me into the person I am today. If someone has a problem of feels threatened by that, it isn't my fault.

To the girl who people call "intimidating" remember how wonderful you are. Remember that people aren't actually scared, but small-minded and weak.