Cal Poly: Get Your Food Together
Odyssey

Cal Poly: Get Your Food Together

Warning: Read while eating at your own risk 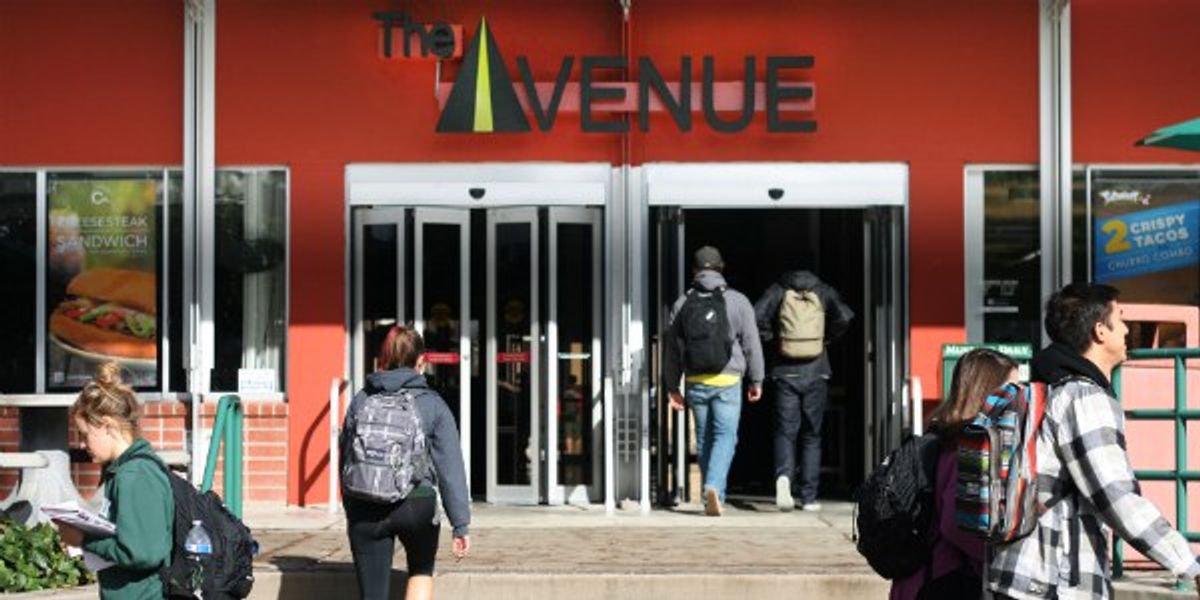 The Cal Poly Dining Page is filled with hi-def pictures of perfectly plated pasta and appetizing salads. But has anyone ever actually seen anything that looked that good being served to us at school?

After four years of over-spiced, undercooked leftovers (aka LAUSD public school food), I was more than hyped for college dining. Everyone I knew going to college, from LA to Missouri, was raving about how great their food was, so naturally I had pretty high expectations.

As a girl who loves and accepts all foods of all forms, I took all the warnings of how terrible and sickening the food at our school is very lightly. For the first couple of weeks I was content with what we got. It wasn't gourmet; no lobster bakes like they have at Bowdoin, no make-your-own-pancake stations like they have at Cornell, but food is food and Cal Poly's was good enough.

Right up until the third week of school...

A Brief Timeline on Cal Poly's Many Food Complaints

How no one noticed a large beetle in their vegetables is beyond me.

Two incidents in three days? A+ for keeping up your image Red Rad.

And the nastiness spreads.

I might be the only who thought the caterpillar was a coin inserted into the strawberry at first, but this was definitely not free money.

Yes, an actual metal screw was found embedded into the cheese of this pizza.

Three strikes and you're out.

That makes seven different accounts of something being in our food that shouldn't be there within the last three months. Keep in mind, these are only the incidents that were posted in the Cal Poly Class of 2019 Facebook page. Who knows how many other people have found something unwanted in their meal.

At first, I found all of these incidents to be comical. Don't get me wrong, I felt bad for the people who had such a wonderful pure thing like food tainted by insects I would run away from the sight of, but it wasn't me. So I kept on eating and kept on not caring. It wasn't until the screw in pizza occurrence that I realized how serious and appalling it is to be finding these types of things in our food that we pay thousands of dollars for.

On average, every first year is spending $3,853 to $4,883 on this food because we're forced to buy a dining plan. Boston University, ranked Best College Dining Hall in North America by USA Today, offers an unlimited dining plan that costs $5,250 for the whole year. So why are we getting significantly worse food for a similar price?

The food served at our school is below sub-par, it's unsafe and definitely not abiding to FDA guidelines. In fact, if Red Radish was an actual restaurant that underwent examination, they would start off with an 82/100 (B rating) based solely off of the three incidents above. But for some reason, the dining halls at our school aren't being inspected by the SLO county food facilities inspection department and none of the food places are even graded. If people are finding these bugs and other inedible objects in their food so often and easily, it make you wonder what other guidelines are being violated behind the scenes.

Caitlin Marie Grimes
University of South Florida
9909
Beyond The States