'Broken' Is The Perfect Reminder That Everything Will Be OK
Odyssey

'Broken' Is The Perfect Reminder That Everything Will Be OK

It’s nice to know that I'm not the only person whose brain works like this. 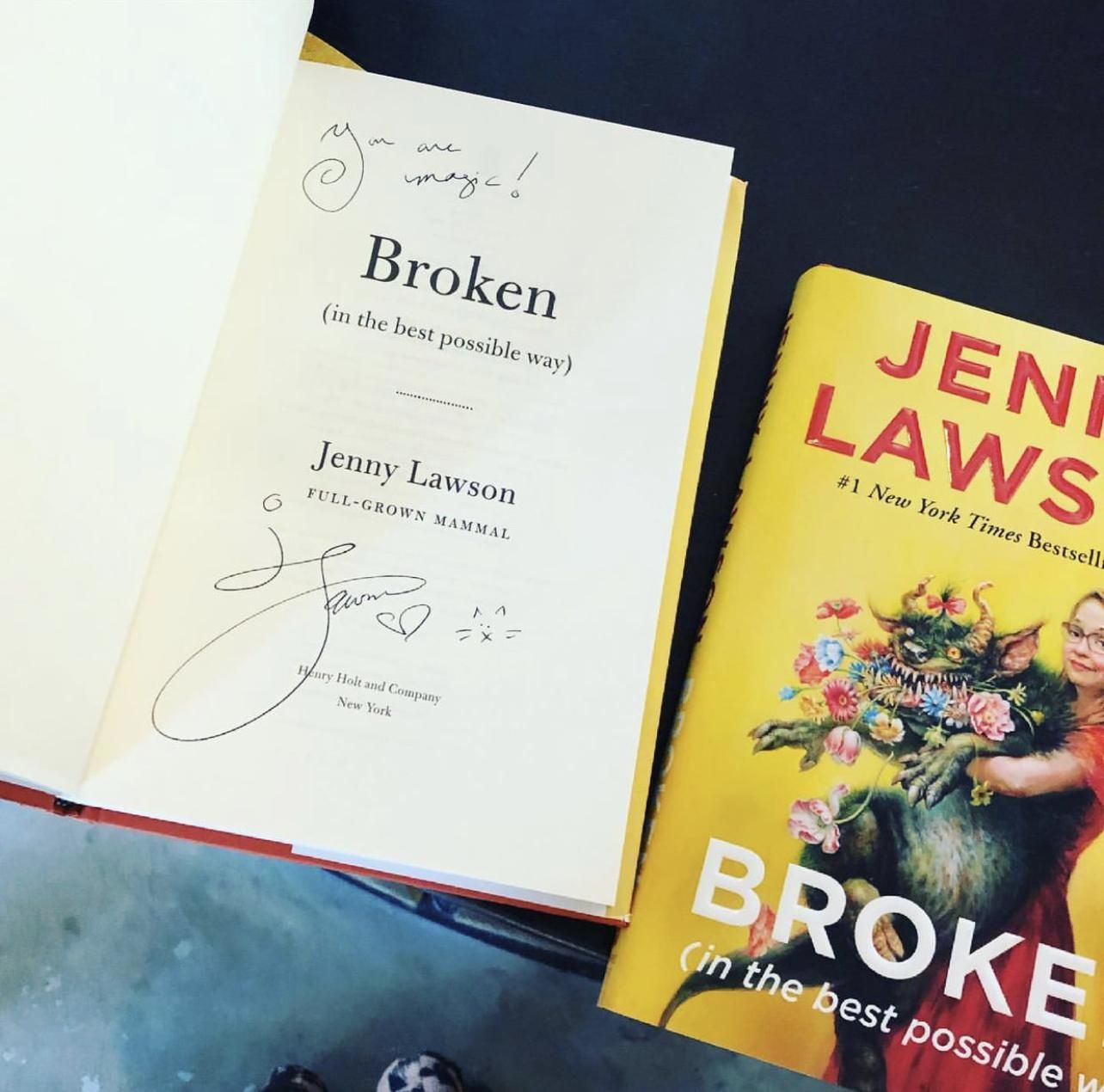 I'm going to start off by throwing out a huge thank you to Terri for recommending this book because it was an awesome read. You're the best!

Reading this book over the last few weeks has helped me realize that I'm not alone my struggles like I thought.

I feel that the pandemic has allowed professors, peers, and some businesses to emphasize the importance of mental health. I know that a big part of why Telehealth is used at my job is because of mental health. The owner realizes how vital it is for a healthy workplace, so kudos to him.

As I started the book off, I found myself cracking up at how Jenny Lawson named her chapters - they're so relatable!

Example number one - "INTROVERTS UNITE! (But Sweet Baby Jesus, Not in Real Life)". I know that I'm an extrovert, but I have many introverted friends. Honestly, my social battery can sometimes run low in the middle of a party or work. That isn't good because I'm a waitress and socializing is a big part of the job.

One of the biggest ways I can relate to Jenny is her short term memory loss. There are many times when my fiancé and I will begin an argument about something and halfway through, I'll forget how the argument even started. I'll just keep it going because I hate being wrong. I also hate fighting, but sometimes my ego gets the best of me.

I like being right a lot. Mostly cause I'm usually right.

Anyways, what I mean to say is that Jacob, my fiancé, could totally change the subject in the middle of an argument and I would probably just go with it because my brain can't handle going from argument to argument anymore. I know for a fact that he doesn't read these because I don't give him the link to my articles. I'll never have to worry about him reading that I forget about what we're fighting about as soon as we're done fighting about it.

Like Jenny, I've also had my moments where I've lost my shoe. The first one that I can remember happened to me in middle school, thanks to my best friend Margarita. If you're reading this, you're probably cracking up due to the fact that our middle school had the horribly genius idea to do one way hallways which was just my luck. We were switching classes to go to Language Arts. We were going northwest and my shoe flew southeast.

I still remember that day.

Anyways, Margarita you made us late for class that morning and while I can't remember if we got in trouble, I know that middle school me was very embarrassed and anxious about the misfortunate event and being late. Mostly being late. The second moment I'd lost my shoe, I was at the beach. As an AVID Crocs wearer, I almost became a part of the population that has lost their comfy shoes in the greedy ocean.

I did have to half-chase my Croc because if the waves swallowed it, I would've had to burn my foot on the sidewalk or hop on one foot or lean on my fiancé.

I live in Florida, and even in the winter, I've gotten burns on my feet from the pavement because it's just too damn hot here. If you know me personally or find me anywhere, I'm in Nike shorts and probably a dry fit tee.

Jenny also discusses anxiety in her book. While I've never been diagnosed for anxiety, I know that lots of people struggle with feeling anxious at one point or another in their lives. Like Jenny's, mine came early and it came strong. Whether if it was an anxiety or panic attack in class or something as recent as my burnout this past spring, I have always aimed to impress my parents and top myself every semester.

It's been like that since I was a kid, especially growing up in a family of five with my older siblings not being the best role models. I had to step up as the middle child and make myself a role model for my baby brothers. Being that young and feeling responsible for that and also being first generation came with not feeling good enough if I didn't meet my goals or my parents' goals.

I had a bucket load of anxiety if I didn't have a plan or schedule for every minute of the day.

Being in college has definitely hard because classes, homework, work, and extracurriculars don't always go according to plan. Sometimes you fail a class. Sometimes you have to ask for an incomplete. Sometimes you break down crying before an exam because if you fail after all that studying, then are you really doing what you're destined to be doing?

Anyways, the point to all this is that this book is a great summer read. It's especially good if you've been struggling with mental health or not feeling good enough, or if you just need a laugh and someone to relate to.

Remember that it's always okay to ask for help.

I try to always advocate for talking to someone if you need to, but I actually went through with it for myself this past semester. Therapy was awesome and totally helped me start the process so I could pull myself out of my rut. It took time, but that's okay. You can only do one day at a time, and that's okay.

I will leave you with this beautiful quote: "The world is shattered and we wander barefoot through one another's broken shards and glittering slivers. And some of us bleed from the cuts. And some of us heal. And if you're lucky, you do both. We are broken. We are healing. It never ends. And if you look at it I'm just the right light, it is beautiful."