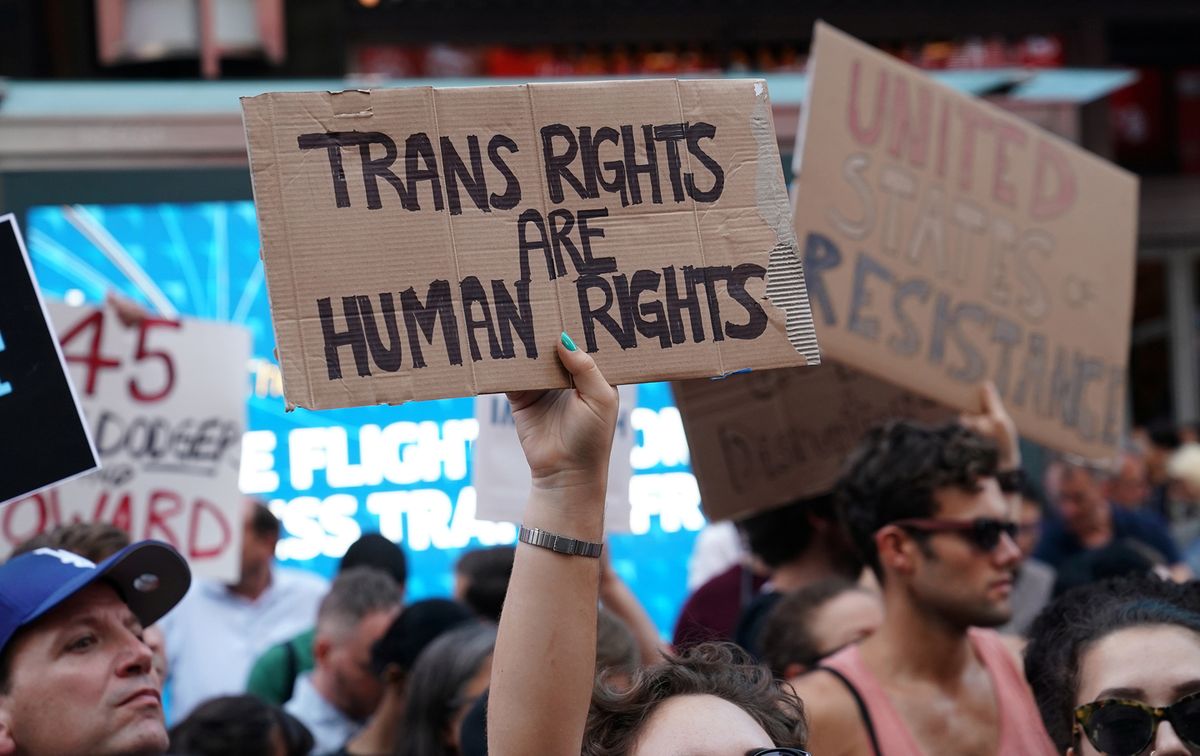 On June 12, 2016, an entire country was left grieving after a shooter opened fire in a gay nightclub in Orlando. In the Pulse attack, the bloodiest mass shooting in American history, 49 were killed and 58 others were injured. Donald Trump, the presumptive Republican presidential nominee, took to Twitter that day to congratulate himself.

Rather than immediately condemn the attack and condole with the victims’ loved ones, he first sought to make a statement on his ‘predictive’ capabilities. In an offensive and ignorant act, consistent with the pattern of disrespect he has shown to the LGBTQ community, he elicited a firestorm of responses from both Republicans and Democrats. Throughout the subsequent primary debates, he attempted to salvage LGBTQ support through a host of shallow comments and tepid concessions. However, following the November election, the curtain fell on Trump’s pretentious pursuit of voter support. His true colors are as clear as day.

His campaign promise to repeal the Affordable Care Act would take away coverage from millions of LGBTQ people, greatly reduce funding for HIV and AIDS care and make it difficult to obtain transition-related care and inclusive STD testing. It would make mandatory Medicaid benefits for LGBTQ citizens optional and would dismantle financial protections for LGBTQ people living with chronic and costly conditions. In addition, Trump signed the religious liberties executive order, allowing people to be refused a job or service simply because of their sexuality or gender identity.

Recently, the Department of Justice under Trump reinterpreted Title VII in the Civil Rights Act of 1964, declaring that discrimination against gays is legal under federal law. All content on LGBTQ civil rights was removed from the official whitehouse.gov website. The federal lawsuit over North Carolina’s state prohibition on LGBTQ equality was dropped. Trump has revoked protections for transgender students, appointed openly anti-gay officials and conversion therapy advocates to high offices and threatened to reverse the Supreme Court marriage equality ruling.

And this is just the beginning.

“After consultation with my Generals and military experts, please be advised that the United States Government will not accept or allow transgender individuals to serve in any capacity in the U.S. Military. Our military must be focused on decisive and overwhelming victory and cannot be burdened with the tremendous medical costs and disruption that transgender in the military would entail. Thank you.”

Let’s break this down.

First of all, President Trump proclaimed that he had been consulted with generals and military experts. His tweet arrived spontaneously without any formal confirmation from the Department of Defense, statistical or factual information, or anything that indicated a formal policy change. Defense Secretary James Mattis had suspended the study of transgenders in the military for an additional six months, yet Trump ignored this. Press Secretary Sanders and media correspondents had no answers and beckoned for the president to explain himself. Many congressional members were appalled by the announcement. Officials from the Pentagon were left in limbo after Trump’s first tweet, bracing themselves to receive a notice for strikes on North Korea or other decisive military action. According to CNN, the joint chiefs of staff were left in the dark. The army chief of staff, the vice admiral overseeing Navy personnel and military generals were blindsided and announced that no actions would be taken until further clarification was received from the president. This was a sloppy and impulse action taken by the commander in chief.

Second of all, President Trump mentioned “tremendous medical costs.” Only several thousand out of the 1.3 million in the United States’ armed forces are openly transgender. This is an infinitesimal percentage and the corresponding costs are negligible. Per a 2016 study by the RAND Corporation, transgender people serving openly “have minimal impact on readiness and health care costs.” The study reported that all medical costs for transgenders in the armed forces take up only 0.13% of the national military budget. These costs represent a microscopic portion of the 6.4 billion dollars spent annually. In fact, the military spends 10 times this amount on erectile dysfunction medication. The study also included research conducted in other countries about transgenders in the military and stated that allowing them to serve has “little or no impact on unit cohesion, operational effectiveness or readiness.” Transgender people have always been an integral part of the armed forces, and nothing has changed to substantiate a claim against that.

Transgender military members from the past and present have chimed in with their responses. Staff Sergeant Logan Ireland said, “You are not going to deny me my right to serve my country when I am fully qualified and able and willing to give my life.” Another exclaimed, “I have never described myself as trans; I’m a motherf*****g Marine, that’s all that matters. Don’t tarnish my title with your bigotry and fear of the unknown.” Retired Navy SEAL Kristin Beck said, “Let’s meet face to face and you tell me I’m not worthy. We are liberty’s light. If you can’t defend that for everyone that’s an American citizen, that’s not right.” Beck served for 20 years in the Navy SEAL teams. She served 13 tours, earning a Bronze Star and a Purple Heart. She is what keeps this country safe.

Mr. President, you cannot use hate to define bravery.

Citizens who put their country before their lives, who pay the ultimate price for others to be free, are the backbone of the United States. Regardless of race, ethnicity, religion, sexuality, or gender identity, those who choose to submit themselves to the challenges of serving this nation are the most honorable, heroic and devoutly selfless members of our society. They are the ones who protect us, not bigoted policies initiated for political party support. By trying to entertain your congressional base, you are taking advantage of one of the most disadvantaged groups in the country. You have not made the road easy for them, but they persist every day through unimaginable hardships. Transgender people endure a uniquely high risk of depression and other psychological issues just to live as themselves, to forge ahead in a world full of blind hate, disgust and division. In your bid to expand the military to increase protection, you are depriving our armed forces of many thousands of the most resolute and fearless people in our country.

There are thousands upon thousands of transgender citizens who are currently enlisted, are enrolled in basic military training and are dreaming of one day serving their country. Yet they are currently staring at the face of a country that won’t meet their gaze. In a nation that prides itself on the equality of all, you triumphantly declared them unequal. So stop using easily disproven cost motives and ‘gender dysphoria’ explanations to justify your hate. The only “disruption” I see here is your unwillingness to accept those different from you. In a personal and dictatorial decision to act independently of many military heads, you defined bravery.

To all transgender soldiers who have fought and are fighting for our freedoms: the rest of the nation stands with you. We salute you.