Netflix Has Kept 'Breaking Bad' The Movie Under Wraps For A LONG Time, And It Releases TOMORROW

Netflix Has Kept 'Breaking Bad' The Movie Under Wraps For A LONG Time, And It Releases TOMORROW

We're getting a sequel, bitch. 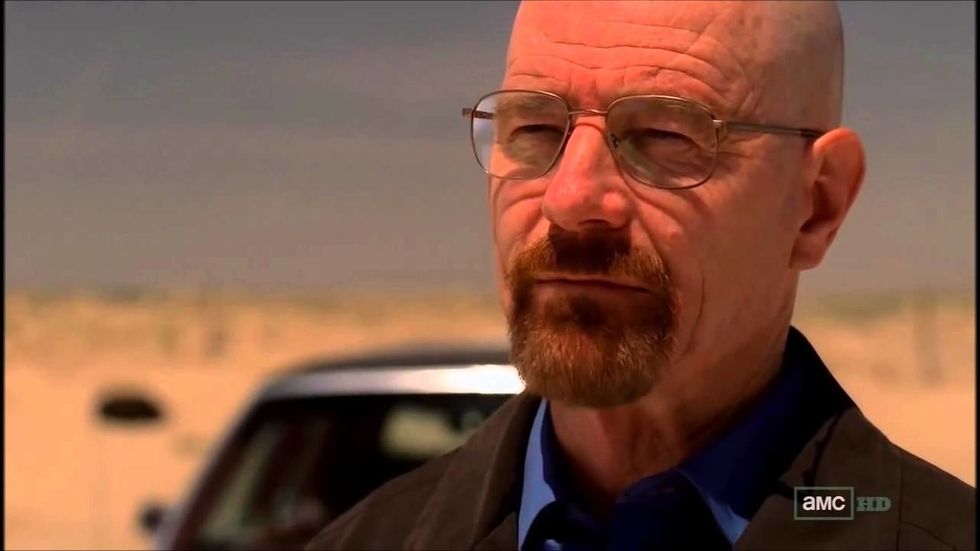 Breaking Bad, one of the most critically acclaimed series of all time and easily the best television show that I've ever seen is getting a continuation to its story in the form of a film directed by showrunner Vince Gilligan and starring Aaron Paul as Jesse Pinkman and no one is talking about this.

True, the show ended in 2013 and the violent fanfare that persisted during its run and for several years after its conclusion has died down somewhat, but the fact that the same talent that made the show so incredible and iconic is returning for a sequel, and one that's been in the works for a while now, is huge news that hardly anyone is talking about.

America, explain. This show broke records and launched careers. This show shattered expectations and created an entirely new standard for television. This show practically initiated and spearheaded the new "golden age" of television, continued by such shows as Big Little Lies, Game of Thrones, and Mr. Robot, wherein big-name talent is taken to the silver screen and high-quality, highly cinematic serialized narratives are delivered to viewers who have been served up crap TV procedural dramas for years. It's difficult to describe how immense the relief was when this show came on air, a series that broke through the monotony of daytime television and gave us a fresh story and a new manner of storytelling that wasn't utterly contrived, that wasn't mind-numbing or, at best, formulaic.

This show changed the game and stunned everyone. And unlike Game of Thrones, it actually stuck the landing, widely known as one of the few truly great television shows that remained spectacular to the very end.

Have I proven my love for this series yet? Great. Hopefully, I've convinced you to give this amazing show a chance in your post-GoT depression because, while with the late fantasy series the best we have to look forward to are a series of spin-offs and prequels that are already getting a bit of a nervous eyebrow raise from fans, Breaking Bad is getting a film continuation created by the very same people who made it so glorious in the first place and who genuinely care for and love their fans.

Another thing: while very little is known about the project, Gilligan protecting the precious secrets of the film like the precious gold that it is, we do know that Netflix will get first streaming rights to the movie when it is released before it trickles down to be aired on cable television networks.

Do you hear that? You don't have to scour for this film on a shady pirated film website and watch the low-grade quality torrent while pop-up viruses keep blocking the screen. No, no, Vince Gilligan is a man of grace and generosity, and the distribution plan for this film will allow it to travel the channels of one of the most popular and accessible streaming platforms in the world before landing in the laps of the only people who don't have Netflix: people who watch cable TV.

What a saint. God bless you, Vince.

Now, in terms of the plot itself, which I'm sure is one of the only reasons you clicked on this article in the first place, this is, unfortunately, all I've got for you: the film will follow up on the wacky (mis)adventures of Jesse Pinkman directly after his narrative ended in the series. If you haven't seen the show, you might be a little confused at what that means.

If you have seen the show, you will definitely be confused.

After everything that happened leading up to that grand finale, what more could be coming after poor Jesse Pinkman?

What else can the writer's room of Breaking Bad throw at this character? Like I said, unfortunately for you, that's all I've got. There's absolutely no information on who else is even going to be cast in the show. Nothing. Zip. Nada.

This is all we've got: Aaron Paul, Vince Gilligan, Netflix, and some new horror chasing after Jesse Pinkman.