Give me all the bacon and eggs you have 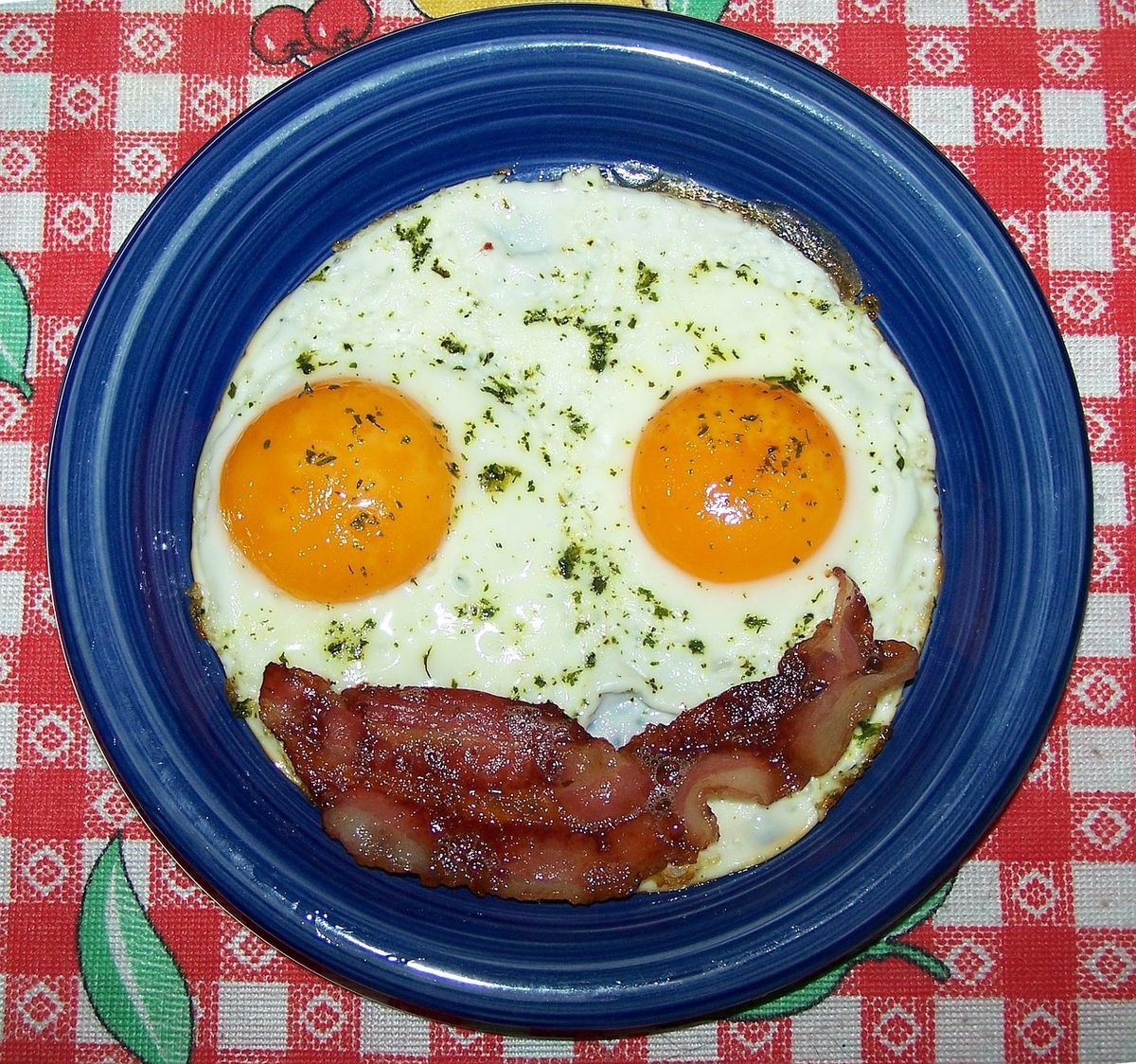 A wise man once said, "There has never been a sadness that can't be cured by breakfast food." That man is the great Ron Swanson of the NBC comedy Parks and Recreation. And when he said one of the most glorious quotes of workplace comedies, he wasn't lying.

Breakfast food is the best. I know this, personally, because I have consumed my fair share of breakfast food. There are so many different kinds and varieties. You could argue that you can eat any food for breakfast. While I would agree with this notion, I also argue that traditional breakfast foods are best consumed in the morning when one would indulge in this meal.

You can have a salty, sweet, savory, crunchy, chewy or even mushy breakfast. There are quite possibly no limits. On the salty side you have one of the most wonderful cuts of meat ever utilized by human beings: bacon. Bacon is not only one of the most delicious pieces of meat, but it is also one of the most versatile. You can put bacon on a breakfast sandwich, chop it up and put it in an omelette or just eat it by its beautiful, meaty self.

On the sweeter side of things you have amazing feats in breakfast technology such as waffles, pancakes and muffins. If you're like me, you can also categorize cream of wheat in the sweet breakfast category as it is absolutely appropriate to put sugar in your cream of wheat.

These examples alone can attest to the variety and deliciousness of breakfast food. We've been told time and time again that it is the most important meal of the day. It not only can fill your empty stomach, but it can even nourish a tired spirit.

Glorie Martinez
71
Why I Write On Odyssey