"Breakfast At Tiffany's" Quotes To Live By
Odyssey

"Breakfast At Tiffany's" Quotes To Live By

So what? So plenty! 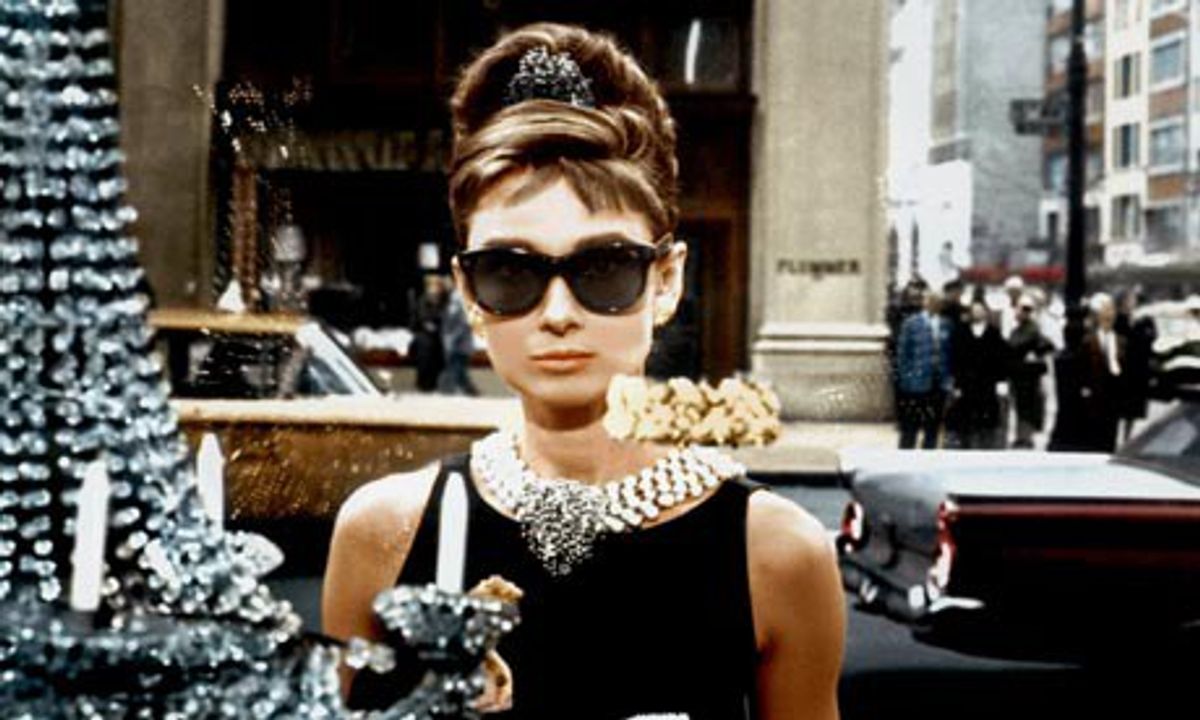 Breakfast at Tiffany's is one of my favorite movies of all times. Audrey Hepburn was a talented actress and a beautiful woman who portrayed Holly Golightly wonderfully. This movie has great advice from love and relationships, to life and belonging as shown from a perspective of a beautiful girl named Holly Golightly portrayed by Audrey Hepburn. If you haven't seen this movie yet, watch it today! A classic like no other. Here are some quotes from the movie that relate to many:

Holly Golightly: He's all right! Aren't you, cat? Poor cat! Poor slob! Poor slob without a name! The way I see it I haven't got the right to give him one. We don't belong to each other. We just took up one day by the river. I don't want to own anything until I find a place where me and things go together. I'm not sure where that is but I know what it is like. It's like Tiffany's.

Holly is isolating herself from personal attachment, even that of a cat. But sometimes that is needed first for us to find ourselves.

Holly Golightly: You know those days when you get the mean reds?

Paul Varjak: The mean reds, you mean like the blues?

Holly Golightly: No. The blues are because you're getting fat and maybe it's been raining too long, you're just sad that's all. The mean reds are horrible. Suddenly you're afraid and you don't know what you're afraid of. Do you ever get that feeling?

Holly Golightly: Well, when I get it the only thing that does any good is to jump in a cab and go to Tiffany's. Calms me down right away. The quietness and the proud look of it; nothing very bad could happen to you there. If I could find a real-life place that'd make me feel like Tiffany's, then - then I'd buy some furniture and give the cat a name!

We all have those days that bring us down, find a happy place that you can run to and enjoy when you get the mean reds.

Holly Golightly: What do you do, anyway?

It’s okay to feel like Paul at times in life, especially in your 20’s. But Holly pushes for a strong answer and we also need to believe in our career even if it’s taking us a while to get there. Hard work pays off in the end.

Holly Golightly: Ahh... Do I detect a look of disapproval in your eye?

Holly Golightly: Tough beans buddy, 'cause that's the way it's gonna be.

Live life the way you want to, even if disapproved by others.

But for those who really actually disapprove of you AND want to buy you a drink, they are no good and don't keep those around.

It happens. To the best of us.

We all have those days where we just need this.

Holly Golightly: I'll never get used to anything. Anybody that does, they might as well be dead.

Change makes life worth living. If you knew what was happening next in every single day of your life, life would be pretty boring. Don't get used to something and adapt and live life that way forever. Go on adventures, travel, meet new people. YOLO.

Holly Golightly: Anyone who ever gave you confidence, you owe them a lot.

Even if that friendship or relationship ended up badly with the person who gave you your confidence, do think of them as a blessing because confidence is key.

Paul Varjak: Holly, I'm in love with you.

Holly Golightly: So what?

Paul Varjak: So what? So plenty! I love you. You belong to me.

Paul Varjak: Of course they do.

Holly Golightly: I'm not going to let anyone put me in a cage.

Paul Varjak: I don't want to put you in a cage. I want to love you.

Holly Golightly: It's the same thing.

Holly Golightly: I'm not Holly. I'm not Lula Mae, either. I don't know who I am! I'm like cat here, a couple of no-name slobs. We belong to nobody and nobody belongs to us. We don't even belong to each other.

Holly seems to isolate herself from others, in order to not get hurt. She believes being in love is being tied down and this is how many actually think but we have to let that fear go and give it a chance sometimes.

Paul Varjak: You know what's wrong with you, Miss Whoever-you-are? You're chicken, you've got no guts. You're afraid to stick out your chin and say, 'Okay, life's a fact, people do fall in love, people do belong to each other, because that's the only chance anybody's got for real happiness.' You call yourself a free spirit, a 'wild thing,' and you're terrified somebody's gonna stick you in a cage. Well baby, you're already in that cage. You built it yourself. And it's not bounded in the west by Tulip, Texas, or in the east by Somali-land. It's wherever you go. Because no matter where you run, you just end up running into yourself. [takes out the ring and throws it in Holly's lap]

Don’t put up walls like Holly. You might have been hurt before and the walls might have just been forming as a result its own but the best cure for a broken heart is love and time. Give your heart a break when needed but don't ever close it off completely.

One of the greatest quotes.