The Book That Changed My Life
Odyssey

The Book That Changed My Life

This sounds very dramatic, I know, but I mean it when I say that this one book really changed how I look at myself as a young woman, and also how I will move forward in my young adult years. 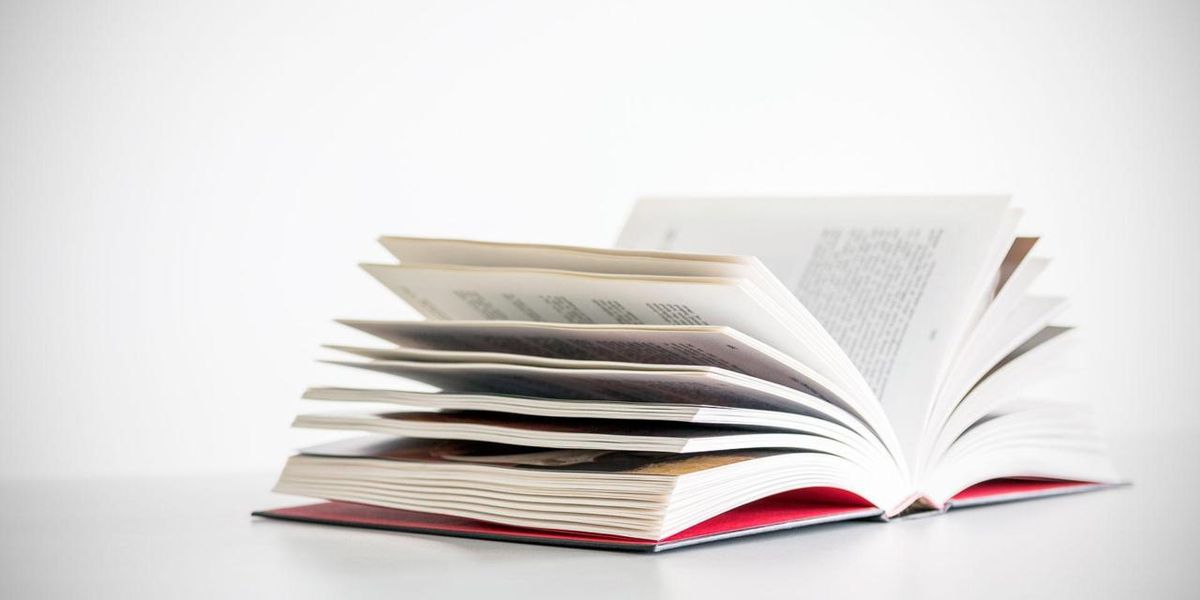 You’re probably all expecting my to say that it was some classic novel that I read and completely analyzed and understand that changed my life. Even more so, you probably think I’m being very dramatic. I don’t say this very often, practically never, but How to Find Your Soulmate Without Losing Your Soul,” by Jason and Crystalina Evert truly changed the way I look at my young adult life ahead of me.

If you’re completely confused about who I’m speaking of, Jason and Crystalina are chastity speakers that I first heard about in my religion class my junior year of high school. No, I’m not going to shove religion and morals down your throat, nor cast any judgment or tell you about how I had some sort of revelation from God about chastity. While this book does obviously incorporate religion and views of sexual purity in your single years, its basis (or at least I believe) lies in its central point around respect for women: respect for women from men and more importantly, women for themselves. Now more than ever, I would say that’s a pretty important message.

Regardless of your views on religion, chastity, or your morals, this book applies to every female of every race, age, and creed. I was first brought to this book by one of my closest friends, Victoria. After hearing how excited, enlightened, and moved she was after reading it, I was curious to see for myself what the hype was about and if it would be of any relevance to me. I was pleasantly surprised at how much it resonated with me and how conversationally it was written.

The thing about this book was that it was honestly one of the most empowering, subtle feminist books I’ve ever read. Its whole basis was on empowering a woman to be happy with herself, rather than focusing on being WITH someone else to be happy with herself. Rather than shoving religion down your throat to make this point, they used logic supported with religion based teachings and values. They didn’t cast judgment for living or thinking a certain way, but even if you don’t agree with the things they’re professing, its refreshing to read and see a new point of view.

We live in a time in which women are truly over sexualized in many facets of society. The book poses the question of why do women accept this and think they are deserving of less because of how some men look at them? A woman who’s saving herself is a prude; a woman setting her standards high is unrealistic; a woman who values her career and independence and isn’t focused on finding a man is selfish. The list goes on and on. How to Find Your Soulmate Without Losing Your Soul focuses on these issues and how women can live for themselves, especially in a time when that’s sometimes a harder thing to do than it should be; it teaches you how to love yourself, rather than playing a bunch of tricks to get the modern man’s attention for a hot second.

Whether your at an age where you’re ready to settle down, or just entering college, or don’t even know what you want your future to look like, I encourage you to read this book. I’ve seen my fair share of relationships of people close to me and in my family fail, and honestly, it made me cynical about lasting relationships; not that this book made me do a 180, but it opened my eyes and my heart to a new perspective, one that gives me hope for myself as a woman of faith. If God wants to include a man in that at some point down the line, then wonderful, but right now I’m enjoying my singleness, as the book says, and delving into myself. What’s more important is that I’m able to hold myself up on my own two feet rather than searching for someone to do that for me. When the time comes, I’ll know what I want and won’t be willing to settle for anything less. Lasting relationships in our lives succeed once we can first have a successful one within ourselves.

Going even further, How to Find Your Soulmate Without Losing Your Soul, covers topics such as self harm, recovering from sexual abuse and failed relationships, changes of heart, and finding friends that will stick by you for the long haul, making you a better person. Society is truly driven by the physical, including sexual undertones to everything. Sex is distorted and obliterated by the media instead of being something that is the culmination of a couple’s love for one another. When you’re not pressured into the physical, you discover the person for who he or she really is and what they have to offer. Anyone can give their body, but that’s not what lasts.

Dating today can become distorted. It takes place over apps and through a screen where sometimes you “fall in love” with the person before even meeting them face to face. Call me old fashioned, but I’d rather know the whole person I’m getting involved with, flaws and all. Its in those imperfections that we can see a person struggling to be their best self, ultimately showing who they really are. I’d rather that my conversations have weight and connect with someone then anxiously await for another text.

As much as the book is empowering a woman to set her standards high, it casts no judgment on those women who really do long to be in a relationship—after all, that’s only natural; rather, it encourages the woman to look at herself before entering into a partnership where both people need to pull equal weight. Living in our time when divorce is unfortunately all too common, this book gave me insight and a lot of hope for a lasting relationship, not only with a man, but within my self, somewhere along the line.

A book about chastity and the purity of relationship based in religious teachings may not be your thing, and that’s perfectly okay. I do, however, encourage you to try it out. There’s a lot of validity and stats backing up everything they’re saying, and frankly, it just makes sense. Try it out or don’t, but know that sometimes the things you seem most objected to may be the things that can surprise you or carry the most weight.

Caitlin Marie Grimes
University of South Florida
9952
Beyond The States