Much of the loss has been attributed to deforestation, so it isn't too late to save other species. 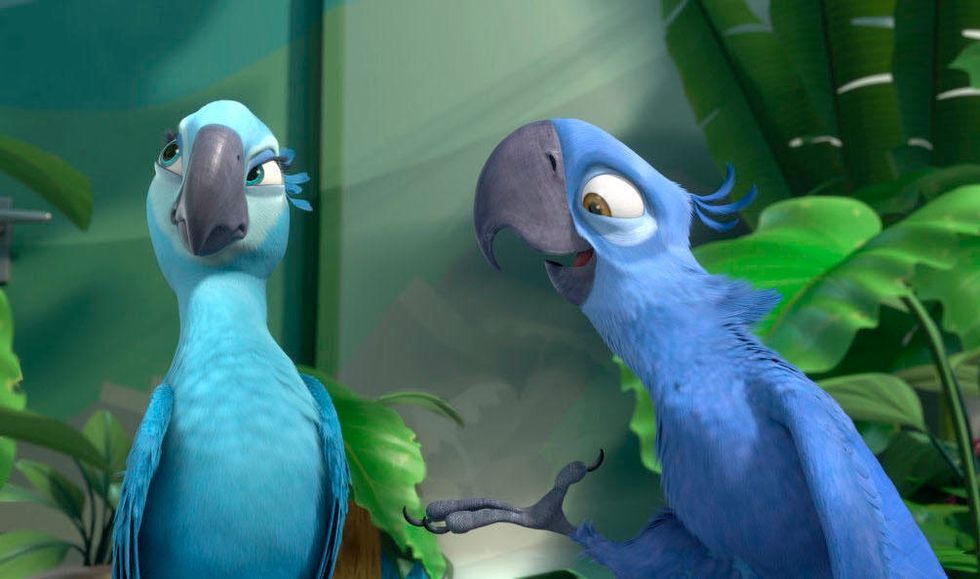 2018 saw many changes and upheavals. One such change was in the number of species alive in nature, wild and outside of captivity such as zoos or conversation centers.

One of those species is the Spix's Macaw. The blue parrot was native to Brazil and popularized by its starring role in the movie Rio. The movie's plot is based on the fact that the film's macaw is the last of the Spix's Macaw population other than one female parrot in Brazil.

Rio hit theaters in 2011. Three years later, "Rio 2" premiered and introduced audiences to a family of macaws living in the Amazon. The 2014 movie featured a colorful cast of the blue parrot.

By the end of 2018, reality painted a very different picture.

There are officially zero Spix's macaws in the wild. The species lives on in captivity, but flies no more in its native Brazil. Deforestation, the building of a dam and the capture of the wild birds for trade eliminated the species.

There is hope for the macaw, though. Because the bird lives on in captivity, the species could possibly be reintroduced into the wild, and at the very least is not gone from the Earth forever.

While the macaw is easily the most recognizable species that went extinct in 2018, it is not the only one.

Two other species lost their homes in Brazil due to vast deforestation in the region. The Alagoas Foliage-gleaner and Cryptic Treehunter were very similar to one another; in fact, it took researchers several years to classify the birds as two separate species.

Both species were small songbirds and occupied a small part of a forest in northern Brazil. Unlike the Macaw there are no birds of either species in captivity.

This means the Alagoas Foliage-gleaner and Cryptic Treehunter will never return to the skies.

Similarly, Mother Nature has seen the last of the Po'ouli, a Hawaiian species. The species had a population of 150 birds in 1981 but sank into steep decline as invasive species and habitat destruction wreaked havoc.

For these three species of birds, there is no glimmer of hope for the future. They are gone, and we cannot naturally bring them back.

The four species which went extinct in 2018 join a list of eight bird species to go extinct this decade.

Whereas past extinctions have been caused by hunting or the introduction of invasive species into an area, an increasing amount of species are going extinct due to deforestation and habitat destruction.

This means the urban development and resource exploitation some say is necessary to sustain human life on Earth is likely ending animal life on the same planet.

As we continue in 2019, we can sadly expect more species to follow the path taken by the macaw and other species; more than 26,000 species are now considered to be "threatened" according to BirdLife International.

Scientists are warning humans could be driving the sixth mass extinction event in Earth's history. In 2018 one global study reported one in every eight bird species is threatened with extinction, including the puffin and snowy owl.

It is clear humans will have to change their ways if we want to protect the animal life that lives alongside human life on Earth. We all need to become more conscious of how land is used, and what we support when we make purchases.

It is too late to save eight species this decade, but it is not too late to work to help the 26,000 species fighting to avoid extinction.