A review of a play that encourages a conversation most people don't want to have. 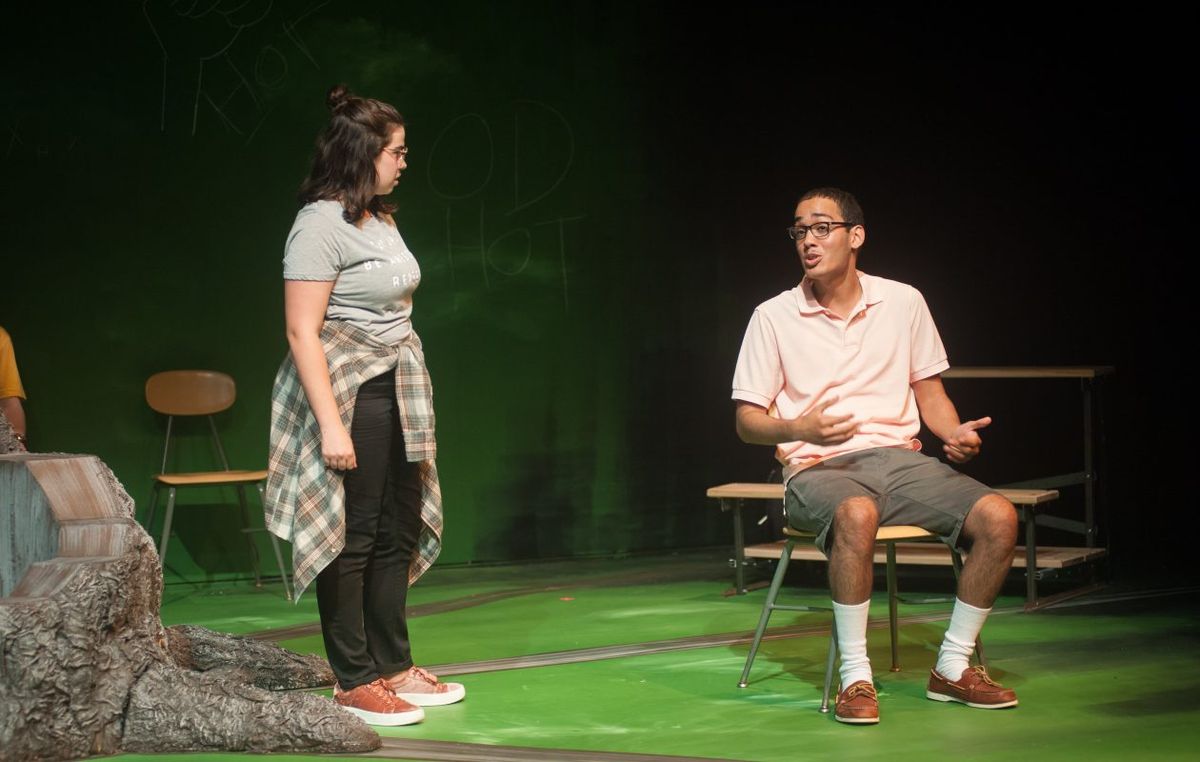 Over the weekend, I had the opportunity to see an amazing play. Blood at the Root tells the story of the Jena Six, which you probably haven’t heard of, even though the events took place in our lifetime. They were racially charged events though, and we all know we don’t like to talk about that kind of stuff in our country. But I’m going to, so buckle up.

In 2006, at a high school in Jena, Louisiana, only white students ever sat under one particular tree on campus. Then, one extra hot day, a few students of color decided they could use some shade, too. And the next day nooses were found hanging in the tree.

Blood at the Root follows this story line. It includes the resulting fight between white and black students, after which the black high school students were charged with attempted murder and were to stand trial as adults.

The play captured how racial tension hangs heavy in the air of our country even today. It captured how we still treat white people and people of color differently when it comes to matters of the law. It captured how we talk about race: when the students of color protested a very public display of racism they had the cops called on them, but when the white students hung nooses in a tree it was called a “prank.” Sound familiar to anyone? Anyone remember this language from the initial investigations into the black baby doll incident that occurred here on campus last year?

Yes, Blood at the Root did a great job capturing how we talk about race. Or rather, the difference in the kind of language we use when talking about racially charged incidents. But it also captured how we don’t talk about race. We don’t have conversations about race and so we have no understanding of the very different experiences that are being white and being black in our country.

The character I connected to the most was Asha, Raylynn’s best friend and the white girl who wasn’t supposed to be prejudiced. Her step-mom was black, and she dated black boys. She was “black by association.” Yet she still didn’t understand her friend’s reality because her white skin protected her from it. When Raylynn called on her to protest with her, she wouldn’t. She was uncomfortable and said there was no reason to get so worked up, that something could be “stupid but not be racist.” She didn’t understand how much racism hurt, and she didn’t understand how her refusal to protest with her friends came from a place of prejudice.

Asha is the character we can all learn from. I’ve had a similar experience of getting called out for something I said that I didn’t even know came from prejudice, but was part of the problem nonetheless. And it sucked. But getting called out like that was an important lesson to learn.

White people need to get called out every now and again. And that’s why Asha is such an important character, because she does that in a non-threatening way, providing an example of how white people can actually listen without going on the defensive. In Asha’s lack of understanding, we can recognize our own lack of understanding.

That’s why the play struck me as being so powerful. I know a lot of people that still haven’t fully realized that the world looks different from a black perspective, who don’t see how not speaking up against racial discrimination is a form of prejudice. Who still justify their words or actions with “it’s okay, I have black friends.”

There is no protagonist in Blood at the Root. It is not a play about good vs. evil or black vs. white. It is a play about shades of grey and how complicated overcoming racism can be because of how ingrained it is in our society. Asha was not bad or evil for not understanding why Raylynn was so upset by the nooses, but she made the mistake of never listening closely enough to her friend’s experience to understand how offensive the incident was.

We all tiptoe around race, though. Until something major happens and we’re all forced to remember it’s a glaring problem in our country that we prefer to cover up than fix. By making no one the bad guy, Blood at the Root encourages conversation about race. It shows the differences between white and black reactions to racism and points out why that difference is a problem.

We have a long way to go in terms of understanding, but we, as white people, have to understand that our ignorance is a huge part of the problem and we have to make the effort to rectify that fact.