At every step of the fight, there has been a soundtrack to strengthen, to soothe, to spell out for those who don't understand. 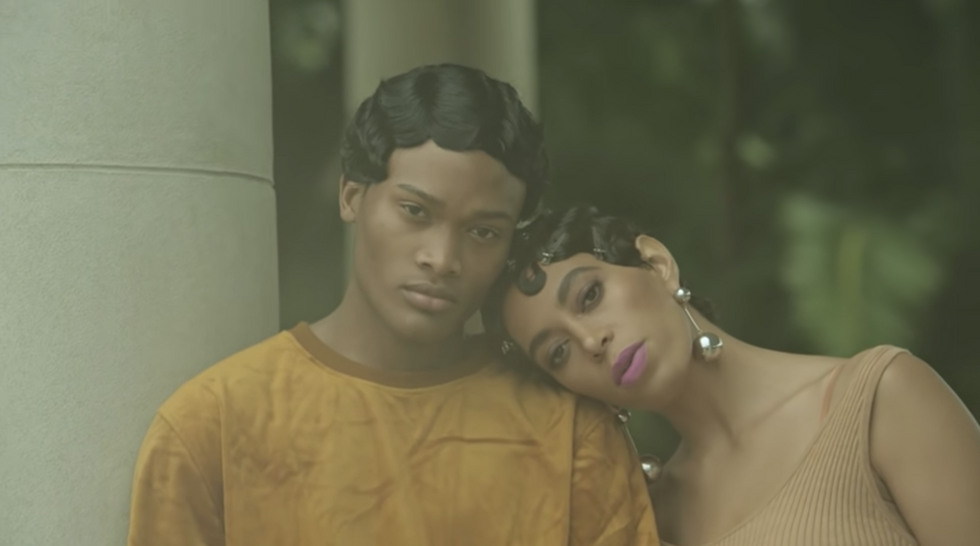 Those who criticize Black Lives Matter often call it a liberal phenomenon that idly vilifies the police, and the music-sharing its ideals a passing trend. If there was ever any doubt that music is as integral to the Black Lives Matter movement as it was to the Civil Rights struggle of the 1960s, look to these anthems.

This protest anthem plays over the climactic sequence of the film as well as the end credits, expressing the protagonist's resolve to stand up in protest over the death of her unarmed African American friend at the hands of the police. Best defined as an anthem, "We Won't Move" captures a sense of unwavering resilience.

2. "Colours on the Ground"- Trevor Jackson

Jackson wrote this song after the Alton Sterling and Philando Castile shooting. He felt compelled to share the song in hopes that it sheds light on these dark times.

Using the pain and frustrations that he knows a lot of us (African Americans/Black people) deal with fueled him to create something that he prays helps others cope with the current state of our country. We can no longer turn a blind eye change is necessary.

"Freedom" is an anthem dedicated to Black women. The song brings Beyonce's visual album to an apex with the scene 'hope' and features the mothers of Trayvon Martin, Michael Brown, and Eric Garner pictured with photos of their deceased sons.

Throughout the song, Beyonce alludes to herself as a force of nature who can empower other women like herself to break free of the bonds society places on them. While Beyonce focuses on women's issues, Kendrick continues to touch on institutionalized racism.

John Legend and rapper Common recorded the gospel-influenced song "Glory," written by them for the film "Selma" (2014). The song, which invokes a call to end racial injustice, won both a Golden Globe Award and an Academy Award for best original song. It is inspired by the 1965 "Selma" to Montgomery marches and the Civil Rights Movement in general.

Asking to touch a Black woman's hair is a racial microaggression masquerading as a compliment. In a patriarchal, white-dominated society, it denies Black women respect, consent, and agency over their own bodies. Solange's "Don't Touch My Hair" can be read as an explicit rejection of this behavior, as a simple establishment of boundaries, or as a powerful statement of personal identity.

The artists address racial injustice and police brutality in the song's visuals, with a pressing, overlying message: "Don't Look Away." Portraits of Black lives lost to police brutality stream across the screen, as do their names, ages, and stories. "Chains" holds a powerful resonance that properly honors the late and pleads for awareness, attention, and involvement from all -- not just the families, not just people of color. "Facing the facts is the first step toward change," the concluding text says.

On the surface, the motif is optimistic and universal, but the message is driven by specific pain and struggle. Awareness regarding the disproportionate police brutality against Blacks has left many wondering if the US has made any progress toward racial equality.

Rather than despair, "Alright" assures listeners that, through solidarity, "we gon' be alright." The mantra made a strong impact in the 2015 summer of protest, as Black Lives Matter activists all over America chanted "we gon' be alright" to mourn the countless Black people killed by police in 2015 and provide hope for a better future.

8. "They Don't Care About Us"- Michael Jackson

This is one of Michael's most controversial songs of all time. The song is a plea against racism and a call for powerful people to stop ignoring human rights. Michael Jackson, after being oppressed on what he claimed to be, false allegations, wanted to shed light on the continuous racism he underwent.

As a Black male himself, he can also connect with other people in the world being oppressed and persecuted for the same reasons or only because of their orientation. He wishes to expose how painful it is to cope with this cruel behavior, and he hopes to impose action against it.

"Animals" is a commentary on the mistreatment of African-Americans in Compton, Baltimore, and the rest of the United States in general, with police inflicting ruthless violence and essentially treating Black people like animals.

This song also illustrates how the media gives focus to the wrongdoings of the Black community rather than highlighting their peaceful acts.

Inspired by the Black Lives Matter movement, Miguel poignantly sings, "I'm tired of human lives turned into hashtags and prayer hands" over a sparse, distorted guitar rhythm in "How Many." Miguel wonders on his new track "how many" people must die before law enforcement institutes change.
music
Report this Content