'Birds Of Prey': Step In The Right Direction For DC

'Birds Of Prey': Step In The Right Direction For DC

Don't let the box office numbers scare you from seeing the movie. 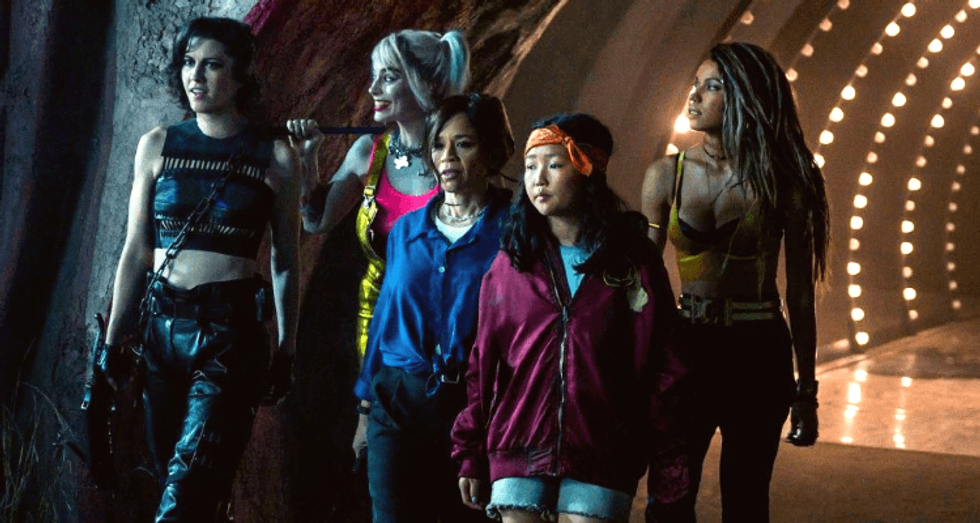 "Birds of Prey (and the Fantabulous Emancipation of One Harley Quinn)" a.k.a. the Harley Quinn film that fans have been waiting for is the latest entry in the DC Extended Universe of films that kick-started in 2013 with Zack Synder's "Man of Steel."

"Birds of Prey" is the story of Harley Quinn (Margot Robbie) coming into her own as a character, free from simply being The Joker's (Leto, not Phoenix) female lackey. Will Harley end up as a hero or remain a villain on Gotham's most wanted list?

Now, "Birds of Prey" is not perfect by any means; no film is. But the movie is a ton of fun. There are darker elements, especially pertaining to the main villain and his side of the story, but "Birds of Prey" never takes itself too seriously.

The film goes for the fun and whimsical tone that Marvel movies have been successful in the past decade and runs with it. In certain aspects, "Birds of Prey" even does it better.

Just be aware going in that "Birds of Prey" may be the marquee name, but this is a Harley Quinn film first and foremost. The film begins with Harley and ends with Harley. I'm continually impressed with Margot Robbie as an actress, not just with her role as Harley, but in her other films like "The Wolf of Wall Street" and "Once Upon a Time... in Hollywood" as well.

I would be more than happy to see the 29-year-old Robbie continue on as Harley Quinn for years to come; she obviously has a passion for the character.

Characters that compose the classic "Birds of Prey" that longtime DC Comics fans have been waiting years to see are represented on the big screen, such as the brutal vigilante Huntress (Mary Elizabeth Winstead), Black Canary (Jurnee Smollett-Bell), Cassandra Cain (Ella Jay Basco), and even Gotham City police detective Renee Montoya (played by veteran Rosie Perez) make a strong first impression, though a few end up being more fleshed out than others.

Now, without getting too deep into spoiler territory, the film does take liberties with certain characters. But, personally, the integrity of the characters or general characteristics largely remain intact, so the changes are likely to spark debate, but it's nothing to really lose sleep over.

However, a hero, or in this case, antiheroes, are only as good as the villain they face.

A major highlight of the film that I was not entirely sold on beforehand was Ewan McGregor as the violent Gotham City crime boss Roman Sionis a.k.a. Black Mask. McGregor joins the ranks of high caliber actors entering the massive comic book movie arena. Throughout the film, it is evident that, though some of his motives may be questionable, McGregor is having a ton of fun with the Black Mask character.

I honestly forgot that "Birds of Prey" was given an R rating and expected another PG-13 superhero movie, but this film is a hard R that absolutely pulls zero punches. In certain respects, the movie is reminiscent of classic Tarantino and Scorsese films.

"Birds of Prey" takes the best aspects of prior DC movies, which is Margot Robbie, humor that is natural as opposed to forced (for the most part), a fun tone, and a focus on character building rather than world-building. However, this film does set up a few interesting avenues for the future if the creative team decides to continue the story.

Madison Franz
The Narrative
1120523
Photo by Brooke Cagle on Unsplash

Madison Franz
The Narrative
655738
Photo by Manny Moreno on Unsplash