How Billie Eilish Is Illuminating The Issue of Female Body Image

How Billie Eilish Is Illuminating The Issue of Female Body Image

Billie Eilish speaks for all women when she addresses the world's obsession with and degradation of female bodies. 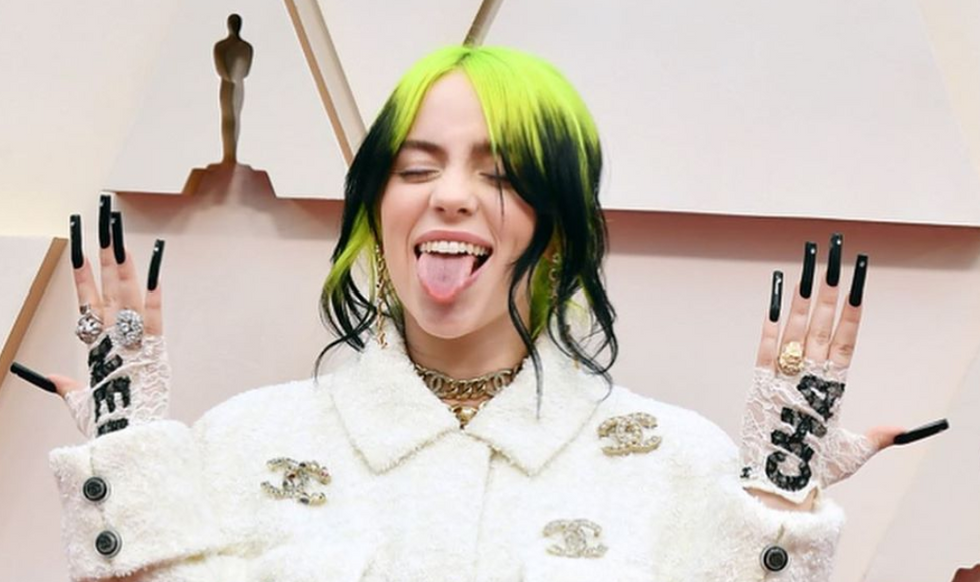 This past Monday (March 8th, 2020) Billie Eilish debuted a short visual interlude at her concert in Miami's American Airlines Arena. The video and accompanying monologue eventually surfaced on Twitter, cleverly demonstrating what the media has been putting Billie through since the beginning of her career. What the world has put women through.

The video depicts Billie removing pieces of clothing until she is left with her bra. While the camera slowly pans across her body, her voice echoes through the arena:

Billie comments on the constant observation and judgement that women struggle with. Although her experience is magnified by the presence of the media, the monologue depicts perfectly how society traps women in their bodies.

Our shoulders, chest, stomach, hips, and more tend to define women and once we make our bodies visible to others, it seems we surrender ownership.

It is an inevitable truth.

After Monday's concert, TMZ reported on the video with the headline BILLIE EILISH Now for Something New ...TAKES IT OFF DURING MIAMI CONCERT!!!. Unsurprisingly, the celebrity news source missed the meaning and only proved Billie's point. They even added a photo gallery of "Billie's Hawaii Shots," emphasizing her body further rather than the powerful message of the video.

In an interview with Elle, Billie discusses how her fan's parents also perpetuate an unhealthy view of body image:

"The point [of my style] is not: Hey, let's go slut-shame all these girls for not dressing like Billie Eilish. It makes me mad. I have to wear a big shirt for you not to feel uncomfortable about my boobs!"

This last comment was sparked by an incident in June 2019 when the paparazzi photographed Billie wearing a tank top talking to fans. This seemingly mundane incident exploded online and Billie responded to this event in her Elle interview by saying,

"My boobs were trending on Twitter! At number one! What is that?! Every outlet wrote about my boobs!"

In the same interview, Billie exposes the contradictory nature of female body image. Women can be praised for "not dressing like a slut" but the world is still curious to see what is underneath and will judge them when their bodies are eventually revealed.

In an Instagram post from September 2019, Billie poses in a baggy set with matching graffiti detailing and captions the photo with

She addresses another contradiction in her monologue:

"If I wear what is comfortable, I am not a woman. If I shed the layers, I'm a slut."

In this instance, wearing what is comfortable is covering your body and as Billie says means "I am not a woman." This is just more support for the idea that women are defined by their bodies.

This comment relates to the virgin-whore dichotomy in which no women is viewed positively or beyond either trope. So either way, as Billie says, "I can't win!"

As a women, it's validating to see other women going through the same issues. At the same time, I hate that this is happening to Billie Eilish who is, although crazily mature, only a teenager.

In addition, Billie has dealt with severe mental health issues that the media never seems to take into account. In her Rolling Stones interview, Billie opens up about how her early dance career influenced her body dysmorphia:

Besides this disorder, Billie, like all women, experienced the general and frankly, normalized insecurities of girlhood. She expresses this when talking about the "really pretty girls" in her dance company:

"That was probably when I was the most insecure. I wasn't as confident. I couldn't speak and just be normal. When I think about it or see pictures of me then, I was so not OK with who I was."

Like many people, I wish that women could be viewed as individuals, not body bags for people to gawk at. Hopefully one day a healthy body image will be had from young girls to celebrities.

But, as exemplified with Billie Eilish's story, we still have so much work to do.