If You Want To Date Again, Vote For Joe Biden, Survey Finds

I Interviewed 400 People, And If You Ever Want To Date Again, You Should Really Vote For Joe Biden

The results are in, folks... 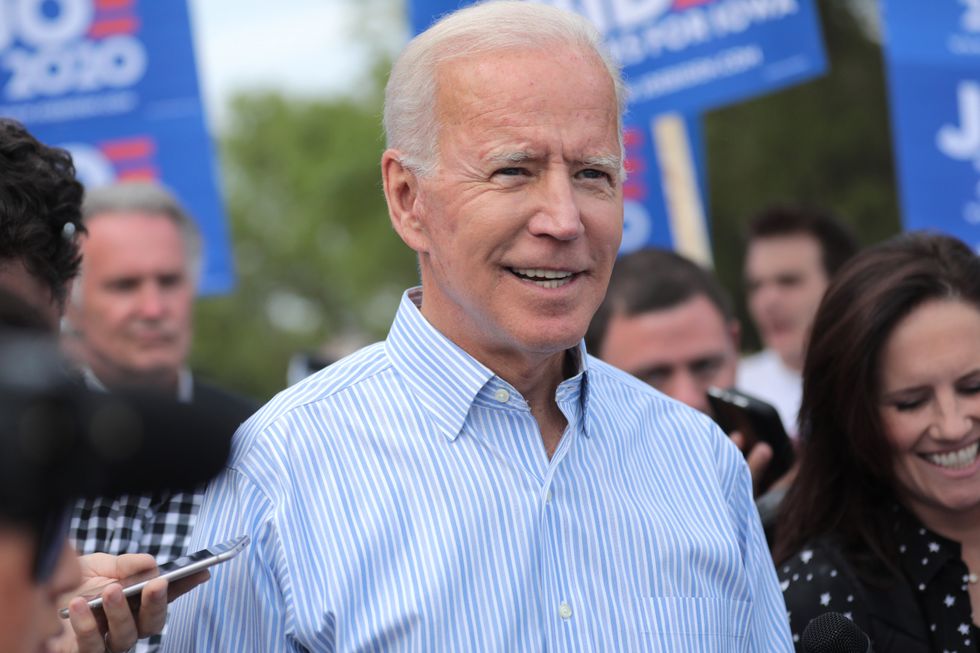 2020, it's been weird, it's been crazy and it's not over yet. With the election looming right around the corner and cuffing season in full swing, dating apps are hopping!

I surveyed over 400 people, and of those surveyed 90 percent said they wouldn't swipe right on a dating profile if the person explicitly said they were voting for Trump. When asked why this is, I saw a lot of different reasons but they mainly fell into a few different categories.

The first being morals. A lot of the people surveyed, both females and males, felt those voting for Donald Trump just didn't line up with their morals and values. The most common sub-topics under that being: racism, homophobic tendencies, and rhetoric.

The second? He just doesn't care. Another large portion of those surveyed cited his handling of the COVID-19 pandemic as awful at best. In one person's words, who wishes to remain anonymous, "he just doesn't care about lives lost, I can't date someone who supports that."

In addition, several dating app users cited seeing bios such as, "swipe left if you're not Trump 2020," which turned this group of people off. Some even said they would have considered swiping right if it wasn't for how anti-left Trump supporters tend to be.

When it comes to Joe Biden, some were quick to point out that he isn't the ideal candidate, but he is open-minded in an era filled with hate.

Being open-minded was the key to most of our surveyed dating users' hearts.

Our findings aren't unique to just our surveyed demographic, though. In fact, other surveys have been produced throughout the campaign cycle back up this information.

While investigating this research and my survey results, I decided to take this one step further and see what Google had to say. A simple search of "I won't date a Trump supporter" returned A LOT (yes, that's another caps lock-worthy word) of results. Anything from Washington Post articles to Pew Research, Newsy, and YouGov surveys to Psychology Today results were all mixed in.

I decided to test this theory, though, and see if not only were Biden supporters less likely to date a Trump supporter but if it also went the other way. I created a dating profile and purposely put my political affiliation on my profile. After a few weeks, I realized I had gotten exactly one swipe from someone who was marked as conservative on their profile.

Fast forward, and I removed my political preferences, swiping right on every Donald Trump supporter I could find. Turns out: when I dropped the line that I wasn't on the Trump Train, they weren't really feeling me anymore.

So turns out that yes, Biden is getting swiped more often, but when it comes down to it, we all just like to date by party lines.

Now, because of this... we have wokefishing to worry about in which people pretend to be more progressive than they are in order to get a date. Does it ever end!?