No, Betsy DeVos is Not Protecting Rapists
Odyssey

No, Betsy DeVos is Not Protecting Rapists

Cleaning up the System Ensures Justice for Survivors 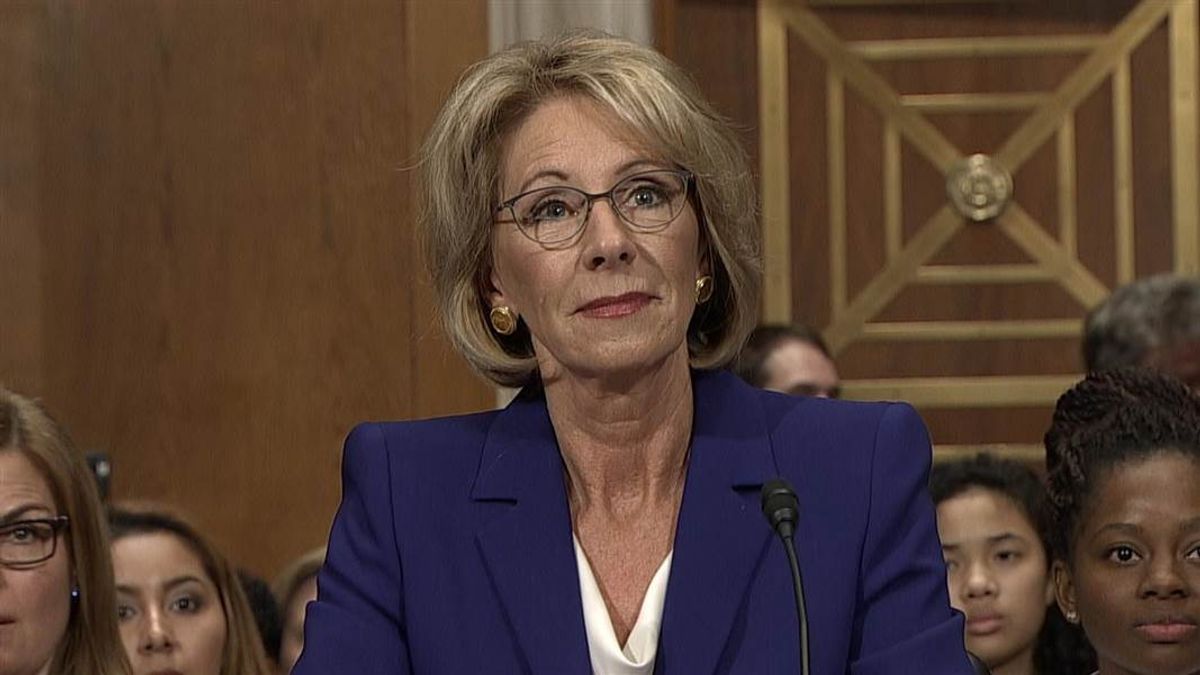 I always marvel at the fact that the world is full of evil, but society picks the most incorrect things to get angry about. Donald Trump fills his cabinet with genuinely evil people, and y'all choose to stay mad at Betsy DeVos.

DeVos recently expressed that college campuses must revise the way they handle Title IX regulations, protecting survivors and giving fair trials to the alleged rapists. What she absolutely did not do was say we should protect actual rapists. Few people, and definitely not DeVos, truly believe anything so heinous (and still fewer would proclaim it in a public speech). But the way these cases are mishandled on campus are absolutely not helpful to anyone.

We're absolutely not getting into the "Are rape statistics exaggerated?" debate because it shouldn't matter, one is far too many. And even DeVos gave the Obama administration proper credit for bringing this topic to the public's attention. But we need to ensure anyone falsely accused of rape does not get expelled unfairly.

That person's life should not be ruined. Beyond that, I want to be able to talk about rape on campus without someone pulling up a list of unjust convictions. I want to talk seriously about a serious crime without dealing with the "What about x university who classifies making inappropriate jokes as sexual harassment?"

I want anyone who's actually been raped or harassed to feel safe coming forward, and I want people to take these accusations seriously. And they cannot be taken seriously as long as colleges keep expelling students without due process.

In one case DeVos cited in her speech, a girl was left to defend herself in a rape trial, and in another, a student was found guilty of rape, but walked away because he had been denied due process. These new Title IX provisions are not to protect the guilty, but to ensure the guilty are duly punished without any messes like these.

Another point, is that the privileged, the white, and the football stars of any race will always find ways to get out of punishment. But by ensuring the right to fair trials, we ensure that the poor, the minority students, the regular people universities can afford to expel are not wrongfully convicted.

Due process is in the Constitution in the first place for the sake of these people. It's no secret that rich white boys rape, but black people are more likely to be wrongfully convicted. And people of every race or socioeconomic status deserve fair and speedy trials and equal treatment in the justice system.

The right to due process is not about protecting the guilty, it ensures the guilty don't get off on technicalities. They should not be able to complain about being treated unfairly or discriminated against. They should be tried, quickly and professionally, to ensure justice for all involved.

Undoubtedly, rapists deserve to be punished to the fullest extent, and I'm sure DeVos believes so, too. Her Title IX revisions are not some psycho MRA idea. The idea is to clean up the court process, for the sake of survivors as well as people who are unfairly convicted based on unjust reasons like race.

Kassie Hsu
Baylor University
4669
Panda Whale
Here are 100 things I'd rather to than study. I know the semester just started, but
Featured