The south is a wild place, and our slang is even more wild.

Growing up in the south taught me how to insult people and make it sound like a compliment, or how to express disgust without my mom "tannin' my hide." 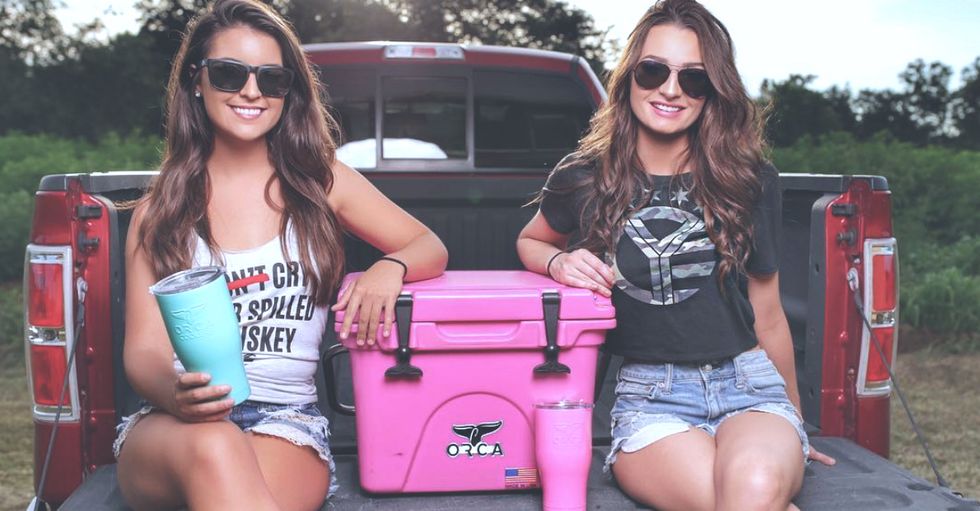 If you don't understand these slang terms, then bless your heart!

To "piddle" means to waste time on something. My grandma used to always say "Quit piddlin' around, we're gonna be late for church!" You can piddle in anything. A child can piddle around in the mud; you can drive around for no real reason, just to "piddle."

2. "As nervous as a long-tailed cat in a room full of rocking chairs."

This one is pretty self explanatory, but it is one of my favorites. I love using this one in front of non-southerners and watching them stare at me, blank faced, as they try to reason out what I said.

To say something is "slicker than owl poop" (or you can use a different word if your momma didn't raise you right), can be applied to just about anything. If someone is dressed well or "slick" then one might say that he is "slicker n' owl poop." Or, for instance, if its icy, rainy, or otherwise slippery outside, the phrase can be used here also. Additionally, if someone weasels their way out of something, then that phrase can be applied.

When something "comes out in the wash," that means that it will be resolved or that it the issue is not very important. For example, two friends might be deciding who will pay for dinner, and one person pays for the whole thing. Their friend might say, "You didn't have to do that." The southerner might respond, "Don't worry about it, it all comes out in the wash."

Why is the hen mad about being wet? I honestly don't know where this saying comes from, but I remember hearing it all the time growing up. Very rarely do I get mad enough to be "madder than a wet hen," but it is a whole new level of anger. Give a southern person their space when they say this.

7. "Busier than a one-legged man in a butt kicking contest."

This one is just comical. It's a personal favorite of mine, especially when I have had a particularly long day.

If you're from the south, you know that you don't just throw a fit, you pitch one, and it isn't just a fit, it's a hissy fit. While doing some research on this particular southern-ism, I found that the rumor is that "hissy" is short for hysterical. I knew if I ever threw a hissy fit, my momma would tan my hide or "give me something to cry about." Southern mommas don't but up with screaming children.

Something that is cattywampus may be out of alignment, crooked, or something that has gone awry. If a strong gust of wind blows through your hair after you just left your beauty shop for your perm appointment, you might say that your messed up hair is "cattywampus" on your head.

To be "rode hard and put up wet," means that something or someone hasn't been taken good care of. This phrase originates from the act of putting away a horse after riding it without giving it a chance to cool down. So, if you see someone at your high school reunion that looks like the years have not been kind to them, you might say under your breath, "Wow, he looks like he was rode hard and put up wet."

This is usually a response after one makes plans or says goodbye to someone else.This particular saying means that as long as some unforeseen event doesn't come up, things will be fine. For instance, a person might say "Will you be at church on Sunday?" and the true southerner response would be, "Good Lord willing and the creek don't rise." People have speculated that this saying literally means that as long as the creek doesn't rise, we should be able to get there. Others believe that it is referencing the Creek Native Americans. Meaning as long as the Native Americans don't rise, our plans are still on.

"Bless your heart," can be used in a variety of ways. Using it after someone tells you how they gambled away all their money might mean "Oh, you're such an idiot." However, if your kid has the flu, you might tell him, "Bless your heart!' In this case, it would mean that you are sympathetic. Context is everything.

This phrase just means that you are sweating buckets. Imagine walking outside in the blistering summer heat where the heat index is 109; you might just say it too.

"As ugly as homemade sin," is one phrase that cuts southerners deep. In the Bible belt, we view sin as ugly. Homemade anything is typically less attractive than mass produced items, so being uglier than homemade sin makes you as ugly as it gets. Ouch.

"Bellyaching," is a direct synonym for whining or complaining. So when a southern mom says "You had better quit your bellyaching," you know it is time to suck it up before you get a whoopin'.

"D'jeet," is a super condensed form of "did you eat?" The proper usage would be, "D'jeet before school?" Taking the time to say "did you eat," is so long, and when food is a staple in the south, three syllables is too much. If someone ever responds "no" to that question, it is then your obligation as a southerner to make sure they are well fed.