A Definitive Ranking Of Every "Pirates of the Caribbean" Movie
Odyssey

A Definitive Ranking Of Every "Pirates of the Caribbean" Movie

In the order we all have in our minds, obviously. 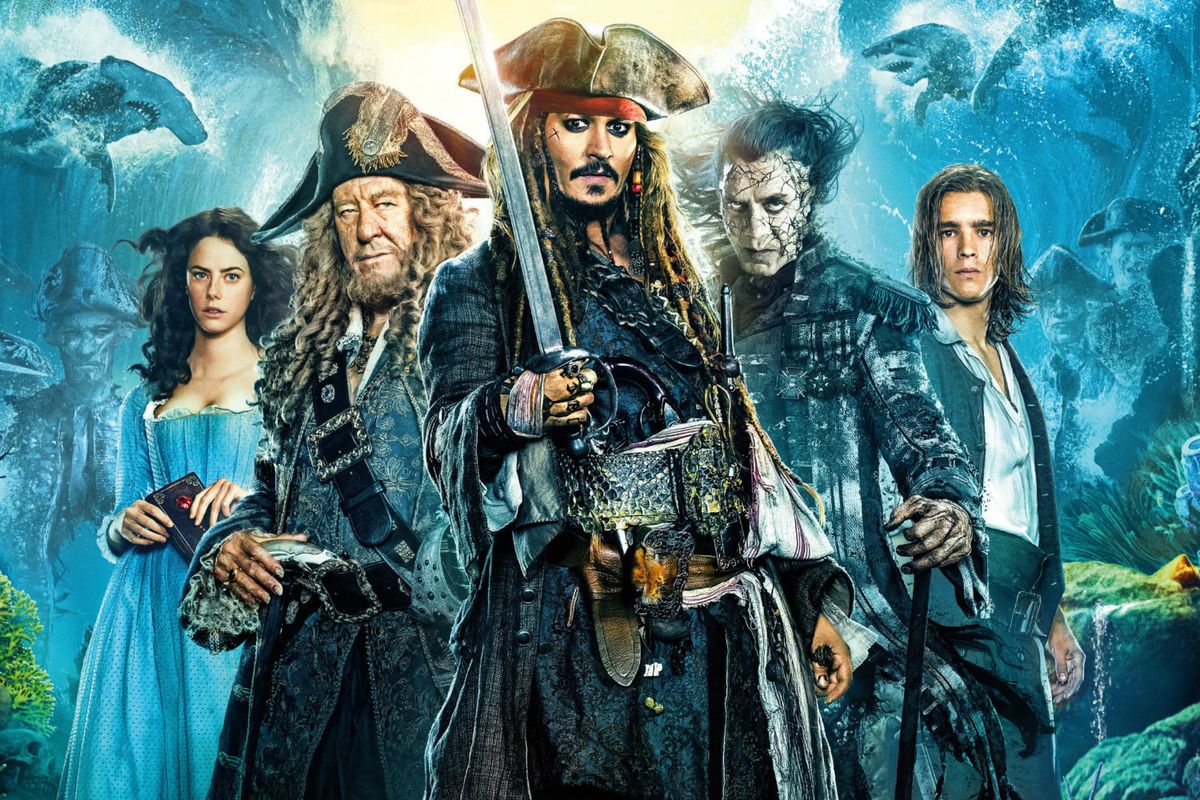 If you haven't seen the "Pirates of the Caribbean" movies, what are you doing with your life? The Pirates franchise has stolen the hearts of millions of people worldwide, and I'm sure if you're reading this, you're one of them. However, we all know which ones are the best and which are the worst. Without further ado, here are the "Pirates of the Caribbean" movies, definitively ranked from best to worst.

1. "Pirates of the Caribbean: At World's End"

There may be some debating about this issue, but the record here stands that the third POTC movie is the best of all. Its plot is impeccable, one of the best of all of the Pirates movies. The inclusion of remnants from Elizabeth Swann's upbringing with the East India Trading Company was a great move and provides one large conflict, while the other major conflict rests on the heart of Davy Jones. The love story between Davy and Calypso added to the narrative for an interesting peek into the psyche of characters that we once found horribly evil and revolting. Overall, best Pirates movie hands down.

2. "Pirates of the Caribbean: Dead Men Tell No Tales"

The newest Pirates movie comes in a close second to the third for me. Its cinematography is absolutely stunning, and incorporates new characters in a very meaningful way for loyal followers of the franchise. Captain Salazar is a wonderful new foe in the newest installment, and a well rounded character in the sense that we can see his personality from before and after his death.

We also see how younger generations of pirates affect the older generations, and how having kids shapes the lives of the once hardened pirates we know and love. Henry Turner (son of Will and Elizabeth) and Carina Smyth (daughter of Barbossa) come together not only to contribute another daring love story, but to create a warmth and depth to the previous characters in a way we have never seen before. The comedy just doesn't end in this one, and it will also have you in tears by the end. We get to see some of the softer side of Barbosa, and nothing beats that for me. Great movie. Such a great movie.

3. "Pirates of the Caribbean: The Curse of the Black Pearl"

In third place comes the very first movie of the franchise, and the one that got everything started. While there are movies in this franchise that are deemed considerably better than this one (listed above), I cannot discredit this movie because it is pretty amazing as well. Its storyline is enticing and exciting for new watchers and is designed to pull people in to see what happens next in the lives of Jack, Elizabeth, and Will.

The conflict created in this movie stands out among other Pirates movies; this is just the beginning of knowing how Jack and Will react to situations quite differently. Jack is cunning and manipulative while Will is honorable and honest, and it makes for an iconic duo that we'll not soon forget.

While I am sort of biased and I will say that almost every Pirates movie is a smash hit for me, for this one I have to take a step back. Sure, it's still and awesome movie, and we get to see how Will takes to connecting with his father's legacy of being a pirate, but it's definitely not one of the best movies in the franchise. For me, this one falls flat.

It tends to spiral on and on in an effort to keep the story moving towards the third movie. Ultimately I think the third movie acts out the ideas that they had in mind for this movie, they just had to get through some more boring parts to get to that large climax. However, I will say that Jack's fate with the Kraken, induced by Elizabeth, was one of my favorite parts of the franchise as a whole. Great moment, but overall flat movie.

5. "Pirates of the Caribbean: On Stranger Tides"

The fourth movie is by far the worst movie of the entire franchise. Jack Sparrow is the leading man in this one, and it's only for the detriment of the entire thing. We also see new characters like Angelica and Blackbeard, who contribute nothing to the overarching plotline of the franchise.

Wikipedia calls it a "stand-alone sequal" to the previous films, and this rings true only in the stand-alone part. It's very much separate from the storyline of the film, and leaving both Will and Elizabeth out of this movie left fans wanting more than they got. Johnny Depp is a crazy talented actor and has created one of the greatest characters of all time, but for me, this film didn't really do that character justice like it should have.

There you have it, a definitive ranking of all five "Pirates of the Caribbean" movies. Love or hate the outcome, we all know it to be true. Although some movies don't stack up to others, POTC fans are tried and true and will stick through any mishaps in film production (cough cough, the fourth movie, cough cough). It's a pirate's life for me!