13 Must-See Box Office Hits From The Past Year
Odyssey

13 Must-See Box Office Hits From The Past Year

If you're down to buy seven dollar bags of popcorn, have a movie night with your friends and laugh, cry or scream for two hours, these movies you need to leave right now and go see. You won't be disappointed. 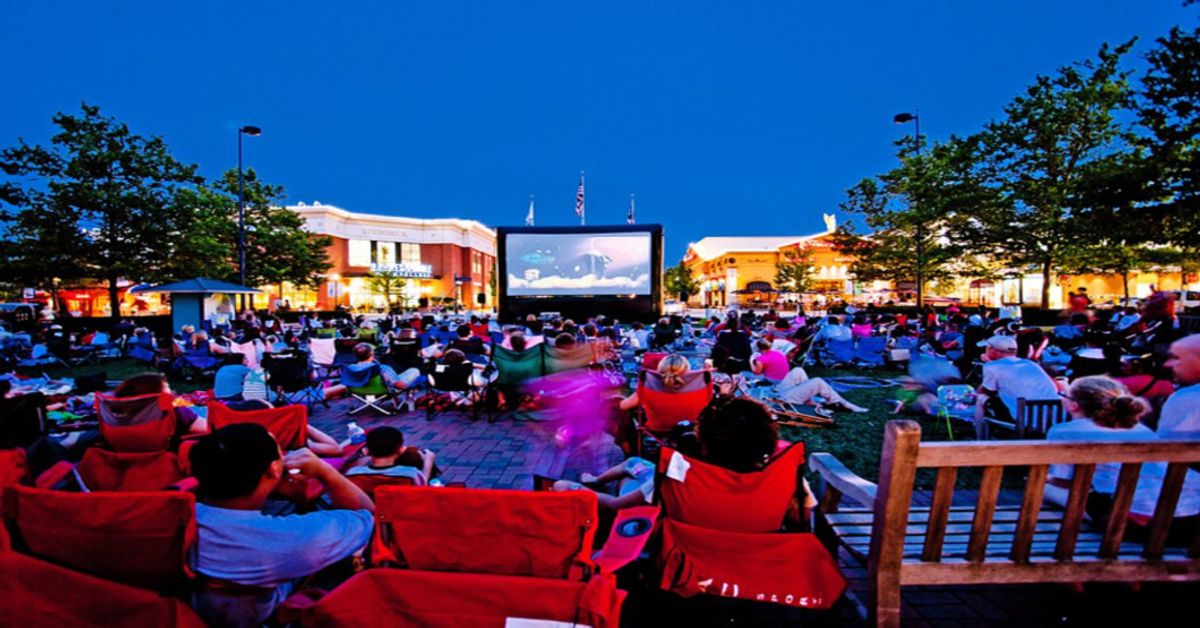 If you are a big film-feen, like me, you’ve probably seen these movies. If you haven’t, I promise you that they will change your life. Going to see movies with friends, family and even by myself is a pass-time I enjoy so much.

These are my chosen 13 must-see movies of the past year.

"Lady Bird" stars Saoirse Ronan, Laurie Metcalf and Timothee Chalamet. "Lady Bird" is a comedy-drama film out of my hometown, Sacramento, in 2002. It's about Christine “Lady Bird” McPherson, an outspoken teen who must navigate a loving but turbulent relationship with her strong-willed mother over the course of an eventful and poignant senior year of high school.

With 99 percent on Rotten Tomatoes, 7.9/10 on IMDb and 94 percent on Metacritic, you’re promised to not be disappointed.

Inspired by the imagination of P.T. Barnum, "The Greatest Showman" is an original musical that celebrates the birth of a show business. It tells the tale of a visionary who rose from nothing to create a spectacle that became a worldwide sensation. Most known for its music, the film also stars some of the biggest names in music and film to date: Hugh Jackman, Zac Efron, Zendaya and Keala Settle, to name a few.

Not being as big of a hit as some other films this past year, the film still received 54 percent on Rotten Tomatoes, 48 percent on Metacritic and a whopping 8/10 on IMDb.

This film shows Luke Skywalker’s peaceful and solitary existence before his life in exile gets upended by Rey, a young woman who shows strong signs of the Force. Her desire to learn the ways of the Jedi forces Luke to make a decision that changes their lives forever. Meanwhile, Kylo Ren and General Hux lead the First Order in an all-out assault against Leia and the resistance for supremacy of the galaxy.

This blockbuster hit received 91 percent on Rotten Tomatoes, 7.5/10 on IMDb and 85 percent on Metacritic.

"Beauty and the Beast" follows Belle, (Emma Watson), a bright, beautiful and independent young woman who is taken prisoner by a beast (Dan Stevens). Despite her fears, she befriends the enchanted staff in his castle and learns to look beyond the beast’s hideous exterior, allowing her to recognize the kind heart and soul of the true prince that hides inside. The film, after being a box office hit for two straight months, still remains the second most viewed theater film in the past 365 days.

As of today, the film remains with 71 percent on Rotten Tomatoes, 7.3/10 on IMDb and finishes off with a 3/4 from RogerEbert.com.

The 2017 adaptation of "IT" follows seven young outcasts in Derry, Maine as they face their worst nightmare – an ancient, shape-shifting evil that emerges from the sewer every 27 years to prey on the town’s children. Banding together over the course of one horrifying summer, the friends must overcome their own personal fears to battle the murderous, bloodthirsty clown known as Pennywise. The film stars Finn Wolfhard (Richie Tozier), Sophia Lillis (Beverly Marsh) and Bill Skarsgård (Mr. Pennywise).

The film is still growing in the box office with 85 percent on Rotten Tomatoes, 7.5/10 on IMDb and 4/5 on Common Sense Media. If you like thrillers and horror, I highly recommend this film.

Peter Quill and his fellow Guardians are hired by a powerful alien race, the Sovereign, to protect their precious batteries from invaders. When it is discovered that Rocket has stolen the items they were sent to guard, the Sovereign dispatch their armada to search for vengeance. As the Guardians try to escape, the mystery of Peter's parentage is revealed.

If you’re a fan of the film, I highly recommend checking out the new attraction at Disney’s California Adventure park, where the film-inspired ride took the place of well-known attraction, The Hollywood Tower Hotel: Tower of Terror. Being such a big hit in both the box office and theme park, the film received a 4/5 on Common Sense Media, 8.1/10 on IMDb and an incredible 91 percent on Rotten Tomatoes. Go check out the film on Redbox and DVD today.

Probably one of the most controversial and talked about films of the year, "Get Out" stars Daniel Kaluuya as Chris. He and his on-screen girlfriend, Rose (Allison William), who have reached the meet-the-parents milestone of dating, are invited for a weekend getaway upstate with Missy and Dean, Rose’s parents. At first, Chris reads the family’s overly accommodating behavior as nervous attempts to deal with their daughter’s interracial relationship. But as the weekend progresses, a series of increasingly disturbing discoveries lead him to a truth that he would never have imagined.

Being one of my few favorites of the year, and proven to be one of the largest best-sellers, the film received 99 percent on Rotten Tomatoes, 7.7/10 on IMDb and 4/5 on Common Sense Media. If you’re into thrillers and horror films, this movie is for you.

Being one of my absolute top-five favorite films of the year, "Girls Trip" follows four best friends, Ryan, Sasha, Lisa and Dina, as they travel to New Orleans for the annual Essence Festival. Along the way, they rekindle their sisterhood and rediscover their wild side by doing enough dancing, drinking, brawling and romancing to make the Big Easy blush.

The film received a 90 percent on Rotten Tomatoes, 4/5 on Common Sense Media and 6.3/10 on IMDb. If you’re a comedy fan like me, this movie is my absolute number one choice.

"A Bad Mom’s Christmas" stars under-appreciated and overburdened moms, Amy (Mila Kunis), Kiki (Kristen Bell) and Carla (Kathryn Hahn) as they rebel against the challenges and expectations of the Super Bowl for moms: Christmas. As if creating the perfect holiday for their families isn’t hard enough, they’ll have to do it while hosting and entertaining their own respective mothers when they come to visit.

The film, being one of my other top fives of the past year, unfortunately only received a 29 percent on Rotten Tomatoes, 5.6/10 on IMDb and 3/5 on Common Sense Media, proving to be one of the lower-rating movies of the year. It's still worth every second, in my opinion. 10 out of 10, highly recommend.

Ask any of my friends and they will probably tell you that this is by far my favorite franchise of films. "Pitch Perfect 3" continues the story of the Barden Bellas after their high of winning world championships. They eventually find themselves split apart and discovering that there aren’t job prospects for making music with your mouth. But when they get the chance to reunite for an overseas USO tour, this group of awesome nerds comes together to make some music, some questionable decisions and an attempt at taking home the trophy one last time.

This sequel of the three-part series received a 31 percent on Rotten Tomatoes, 2/5 on Common Sense Media and a 2/4 from Roger Ebert.

Following its sister film, "The Conjuring," "Annabelle" follows former toy maker Sam Mullins and his wife, Esther, as they happily welcome a nun and six orphaned girls into their California farmhouse. Years earlier, the couple’s seven-year-old daughter, Annabelle, died in a tragic car accident. Terror soon strikes when one child sneaks into a forbidden room and finds a seemingly innocent doll that appears to have a life of its own.

Being so obsessed with these characters, of course, I’ve seen every film eight thousand times. This one is no exception. Despicable Me 3 follows the mischievous Minions hoping that Gru will return to a life of crime after the new boss of the Anti-Villain League fires him. Instead, Gru decides to remain retired and travel to Freedonia to meet his long-lost twin brother for the first time. The reunited siblings soon find themselves in an uneasy alliance to take down the elusive Balthazar Bratt, a former 1980s child star who seeks revenge against the world. If you’re anything like me, you can relate to Bob, one of the minion brothers, on a MAJOR level.

The third film in the series received a 60 percent on Rotten Tomatoes, 3/5 on Common Sense Media and 6.3/10 on IMDb.

Last on the list, for no particular reason, is the moving, emotional and tributary film to Paul Walker, "Fate of the Furious." The movie follows Dom and Letty (married), Brian and Mia (retired) and the rest of the crew (exonerated). Though the globe-trotting team has found some semblance of a normal life, they soon face an unexpected challenge when a mysterious woman named Cipher forces Dom to betray them all. Now, they must unite to bring home the man who made them a family and stop Cipher from unleashing chaos.

The film being the last in the franchise received a 66 percent on Rotten Tomatoes, 6.7/10 on IMDb and a 3/5 on Common Sense Media. It paid tribute to Paul Walker, who passed away November 30, 2013, after a fatal car accident in Valencia, CA. Paul was 40 years old at the time.