The Best Lyrics From Every Track On Taylor Swift's "Reputation"
Odyssey

The Best Lyrics From Every Track On Taylor Swift's "Reputation"

Taylor Swift is back & better than ever. 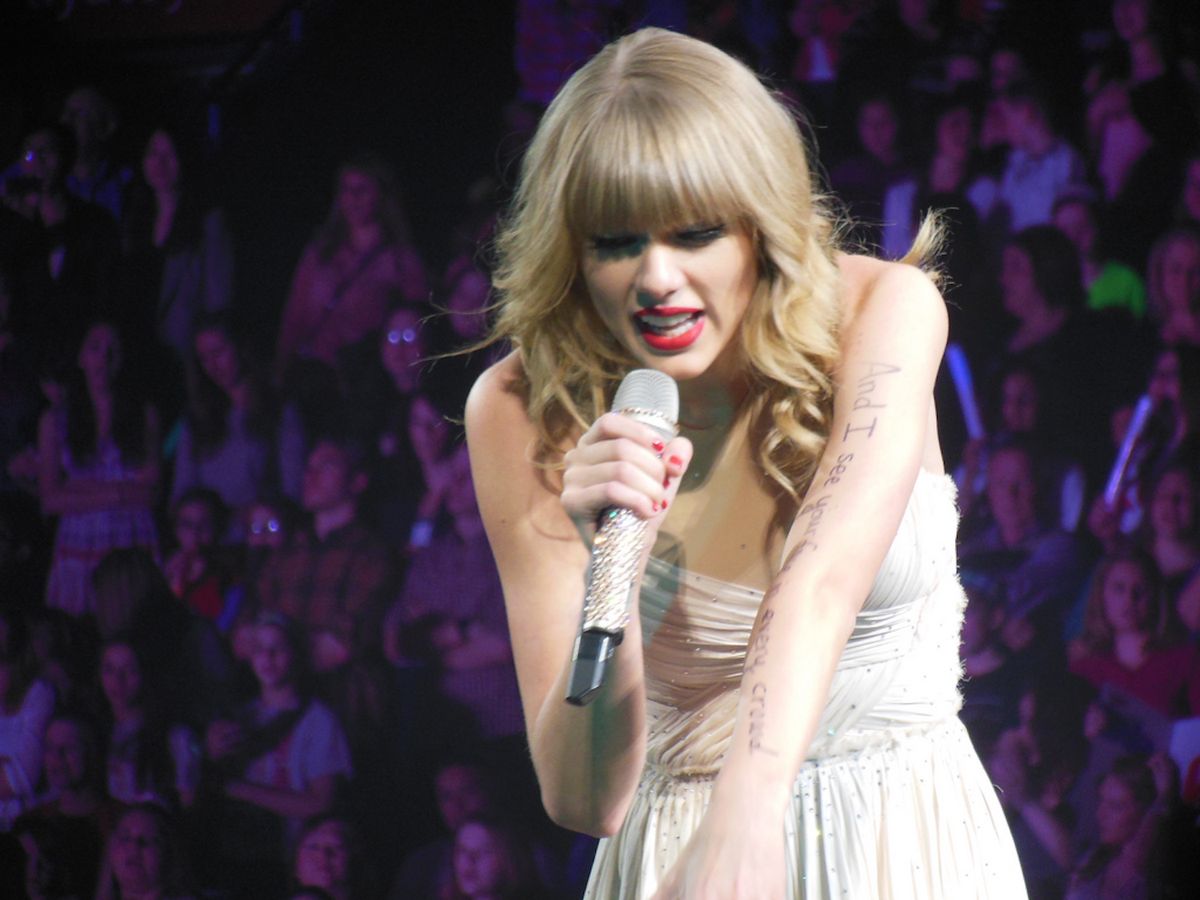 Well, Taylor Swift is back and “Reputation” has die-hard Taylor Swift fans shaking. This album was well-worth the wait and is full of many lyrical gems. Here are the best lyrics from every song on “Reputation” that you’ll see all over Instagram captions and that will have you in the feels.

“In the middle of the night, in my dreams, you should see the things we do.”

I couldn’t think of a better opening track for Reputation because of the title. Taylor literally is asking us if we’re ready for this album, and to be completely honest, I don’t think I was.

I’m still waiting on this song to grow on me like the rest of the album. If you’re a fan of Future, though, you’ll love this song because it features him really well.

“If a man talks shit, then I owe him nothing. I don’t regret it one bit, ‘cause he had it coming.”

It’s so obvious to me who this song is about, and I’m SO here for it. I’m living for Taylor’s feisty, take-no-shit phase.

Taylor’s vocals in this song SLAY. This is a perfect example of her really getting into the mood of the song vocally and she’s killing it.

“Sometimes when I look into your eyes I pretend you’re mine, all the damn time.”

This song is so chill and laid-back and I love that about it. I’m yet to find a lot that stands out about this track, but I’m still a fan.

“I don’t trust nobody and nobody trusts me, I’ll be the actress starring in your bad dreams.”

This track isn’t a good representation of the album whatsoever. It does well as a lead single because it’s good for radio and to get people interested, but in comparison to the other songs on this album, this one lacks substance.

The overall sound and instrumentation of this track is my absolute favorite. This track clearly has its own, unique sound to it which makes it stand out quite a bit.

“You’ve ruined my life by not being mine.”

I loved this song the first time I heard it and I still do. It’s the best single Taylor released before the album and still one of the best songs on the album overall.

“I wanted to leave him, I needed a reason.”

Maybe it’s because this track is towards the middle of the album, but I typically forget it exists.

“Your love is a secret I’m hoping, dreaming, dying to keep.”

At first I didn’t really like this song, but it’s starting to grow on me. Not only can you easily dance to this song (which is always a plus) but it’s also full of some stand-out lyrics.

The chorus of this song is so powerful and really stands out. It’s taken awhile for this song to grow on me, but it’s starting to for sure.

“Say my name and everything just stops, I don’t want you like a best friend. Only bought this dress so you could take it off.”

YES. JUST YES. This song is my favorite off of reputation. It’s basically the more mature version of Wildest Dreams, because there’s no doubt in your mind that this song is about sex.

“And here’s to my mama, had to listen to all this drama.”

I like this song because it’s funny and witty and clever. It’s not the deepest song on the album by any means but Taylor drops major tea in this track and it’s hilarious.

“I want to wear his initial on a chain ‘round my neck, not because he owns me, but because he really knows me.”

I really love this song. It’s a very realistic view of love, which many would say Taylor Swift lacks. It shows Taylor’s maturity as a person along with as an artist perfectly.

“Hold on to the memories, they will hold on to you.”

This is one of the only slow songs on the album, but it ends the album hitting you right in the feels. This song has the perfect dash of old-Taylor feels and sound. Now, who is going to fall in love with me by New Year’s so I can play this song in the back of my mind?