Because we've all been telling you for too long that you could do so SO much better... 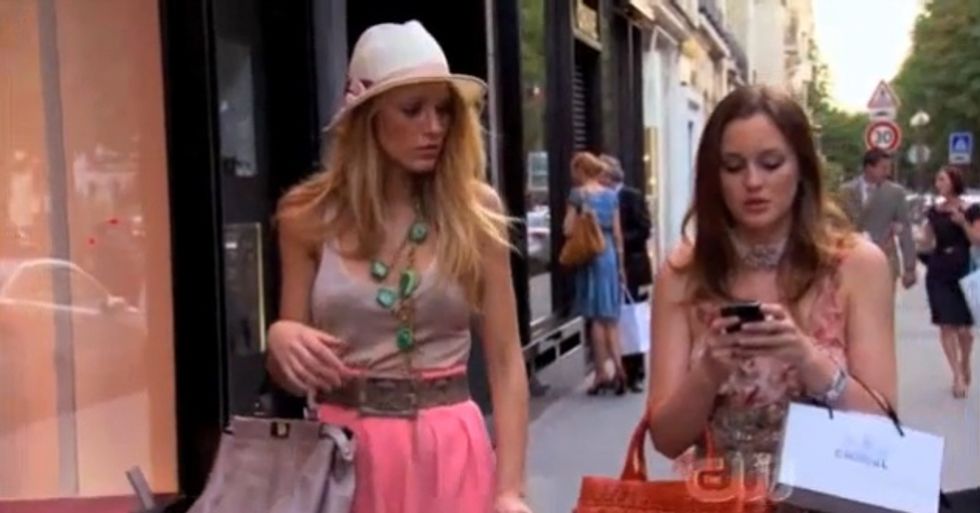 A blessing: we met by complete coincidence our first day of high school when I worked up the courage to break the awkward tension that was seeping out of every single awkward pre-teen at freshman orientation to walk over and introduce myself to you.

The rest was history, we spent every day together both in and out of school. We had sleepovers on weeknights which were spent laughing so hard we peed our pants, talking about all aspects of our futures, and endlessly watching hours of Vine compilations. But this love of ours soon faded after, for no reason other than my own, we fought, let people get in between us, and eventually grew apart. Over the next three years I saw you with your new friends, I saw you talking to boys you used to fantasize about, I saw you grow into a new self, but most importantly I saw you being happy, and it made me happy.

I knew him from the start too, or at least I knew who he used to be. I knew that he had problems. Then you met him too. I saw you two getting close, starting to hang out and go on dates. You guys seemed happy, so seeing you two together made me happy.

Another blessing brought you back to me: we committed to the same college five hours away from home where we were, for the first time in our lives, completely alone. That is, until I worked up the courage to break the awkward tension seeping out of every single awkward 18-year-old during orientation week to text you and ask you to grab coffee.

As we reignited the beauty of our friendship and again started hanging out every single day, I began hearing more about your relationship with him. About how obsessive he was, how he would break down if he didn't hear your voice on the phone every 20 minutes or so, and how you didn't know what seven hours of distance was going to mean for your relationship. I didn't say anything. I didn't want to ruin something so good and so new between us. I saw the red flags and I knew what he was capable of but instead I decided to be selfish, to just nod, keep my mouth shut, and just ride it off as normal relationship issues. For this, my love, I am so sorry

As our first semester went on I began to see you hurt. You started to beg him not to come see you every weekend so he could get his fix of your infectious smile, the "I love you"s and the laughs over the phone soon became outnumbered by arguments and frustration, and your grades and social life began to suffer as he continued to become more and more obsessed with over-interpreting your every word and action. And seeing it made me hurt.

As you became more distant and annoyed at his words he fell more in love with yours. You felt stuck, and, for once, my words or actions couldn't help. It wasn't until you met someone else; a potential new someone, who actually listened, smiled at your quirks, and treated you in a way that you never thought you would be treated again that you knew this meant the end of you and him. You couldn't hold it in so you finally broke and decided it was time to set yourself free...

One month later and he's still showing up at your dorm, threatening his life, making it impossible to slam the door like you wish you could.

Two months later and he still calls and wakes you up at 4AM screaming that he knows you're lying to him and that you must be with another guy.

Three months later and you're seeing him every day. You decide to take him back after months of being single and happy. After everyone marveled at the person you were without him constantly holding you back. For those few weeks without him in your life, love, you used to glow. Now, you convince yourself that you're okay, or at least that you can muster a face that makes it seem that way to him. But you're suffering, and so is your mental health, and so am I.

But I'm done keeping my mouth shut. As your best friend, I can no longer sit back and endure the pain of hearing him yell "Fuck you" followed by "I love you" on the phone over and over again and watching the numbness in your reaction; your failure to bat an eye at the psychotic oppression he inflicts. You've become a mere shell of the girl I know and love. Still smiling, being a goofball, and (forever) quoting Vines, but filled with an overlying sadness about her. You tell me that your love's eroded, that you'll never be able to trust or fall for boys because of all that you've been put through. . Every day I hear the timeline of the impending (what you claim to be) final break up: the words you plan to say and how his won't matter this time. You talk about how happy you know that you'll be once he's gone, and as much as I yell at you every day to leave him, in the end this happiness of yours is all that matters.

I think you and I both know that there's only so much more loveless suffering you can endure before you shut down completely. Please, for you, for me, for him, for everyone that loves you from afar like I did for so long, and for those who will potentially love you in the future: be strong. You know what you have to do.

I love you forever,