The Best Fourth Of July Firework Shows In The United States
Odyssey
CurrentlySwoonLifestyleHealth & WellnessStudent LifeContent InspirationEntertainmentPolitics and ActivismSportsAdulting
About usAdvertiseTermsPrivacyDMCAContact us
® 2023 ODYSSEY
Welcome back
Sign in to comment to your favorite stories, participate in your community and interact with your friends
or
LOG IN WITH FACEBOOK
No account? Create one
Start writing a post
Lifestyle

The Best Fourth Of July Firework Shows In The United States

With approximately 14,000 Independence Day firework shows in the U.S.A., here are the best of the best. 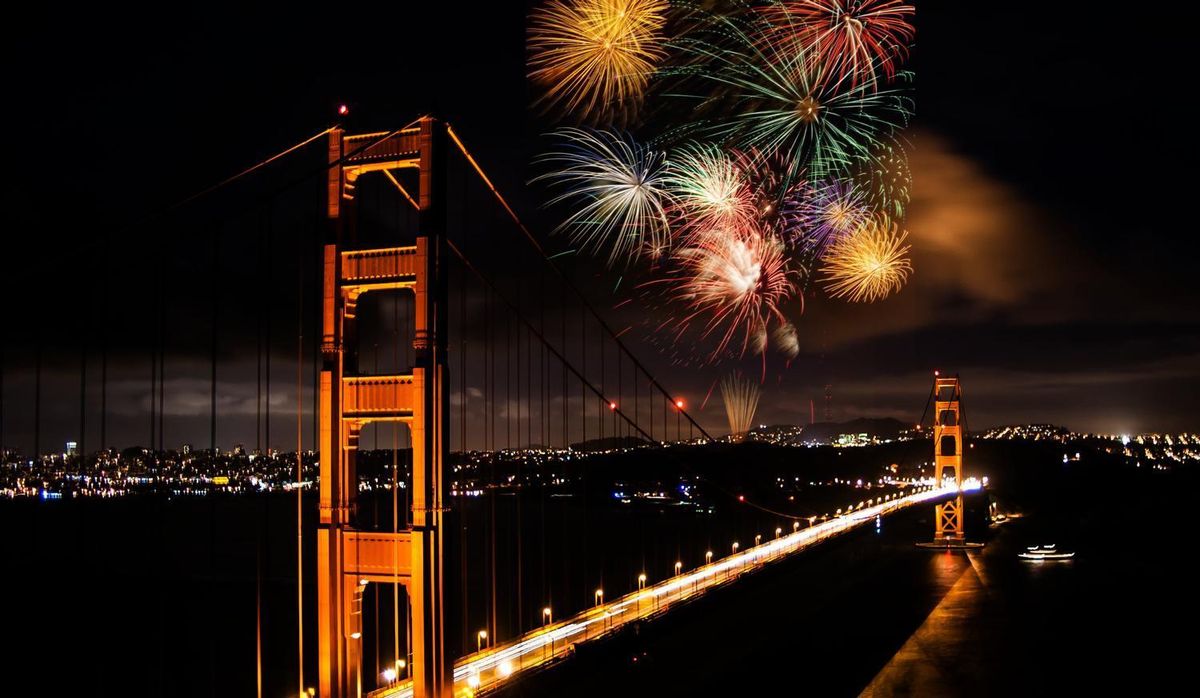 Independence Day is almost upon us, and many Americans will be headed out to catch firework displays throughout the nation. Here are some of the best places in the United States to catch the celebration in the sky on July 4th.

It's no surprise that the nation's capital has some of the best fireworks in the country, and the fireworks on the National Mall can be seen throughout the city.

The Macy's 4th of July Fireworks Spectacular airs on television nationwide for those unable to catch the massive fireworks and live music in-person.

Known as "America's Biggest Birthday Party", Fair St. Louis offers plenty to do in addition to their firework spectacular. The festival spans from July 2nd through July 4th and features live music, zip-lines, human slingshots, and other games and activities, leading up to the firework display on July 4th.
Big Bay Boom in San Diego, California

Visible along the coastline, these fireworks over the San Diego Bay are breathtaking. If you're interested in a different viewing experience, the Big Bay Boom fireworks are also seen from yachts and Flagship Cruises on the Bay.

Lights on the Lake Fireworks in Lake Tahoe, California/Nevada

Wawa Welcome America! Party on the Parkway in Philadelphia, Pennsylvania

The fireworks in Boston are preceded by the Boston Pops Concert; shortly after the conclusion of the concert, the fireworks are launched from seven barges in the middle of the Charles River.

The fireworks over Lake Michigan are viewable from various sites along the lakefront, but best viewed on Navy Pier. In addition to the Fourth of July fireworks, fireworks are also launched every Wednesday and Saturday in the summer for Chicago's residents and visitors to enjoy.

The Rose Bowl stadium, known for its iconic college football bowl games and UCLA football home games, hosts a live entertainment and a large firework show each Fourth of July, drawing visitors from all over Southern California.

Visitors can enjoy fireworks and activities at Centennial Olympic Park in downtown Atlanta or view the fireworks at Sun Trust Park after cheering on the Atlanta Braves baseball team.

Minneapolis offers many Independence Day activities for the whole family. Runners can participate in the TC Half Marathon or 5K Race; baseball fans can enjoy the Minnesota Twins game at Target Field as they take on the LA Angels on military discount day; and families can enjoy live music, outdoor movies, and other activities at the Father Hennepin Bandshell and Mill Ruins Park. The festivities culminate with the massive firework show in the Minneapolis Riverfront District, best viewed on the Stone Arch Bridge.

Nicole Marie Nigro
Individual Creator
567
c1.staticflickr.com
Where to start...... Let me start with the cliche that life throws us curveballs and what we do with it is what counts.