The 10 Best Fish For A Desktop Aquarium
Odyssey

10 Fish That You Can Add To Your New Desktop Aquarium

Even with their small size, they can still be beautifully decorated with pieces of driftwood, small stones, artificial or live plants and/or aquarium safe décor. 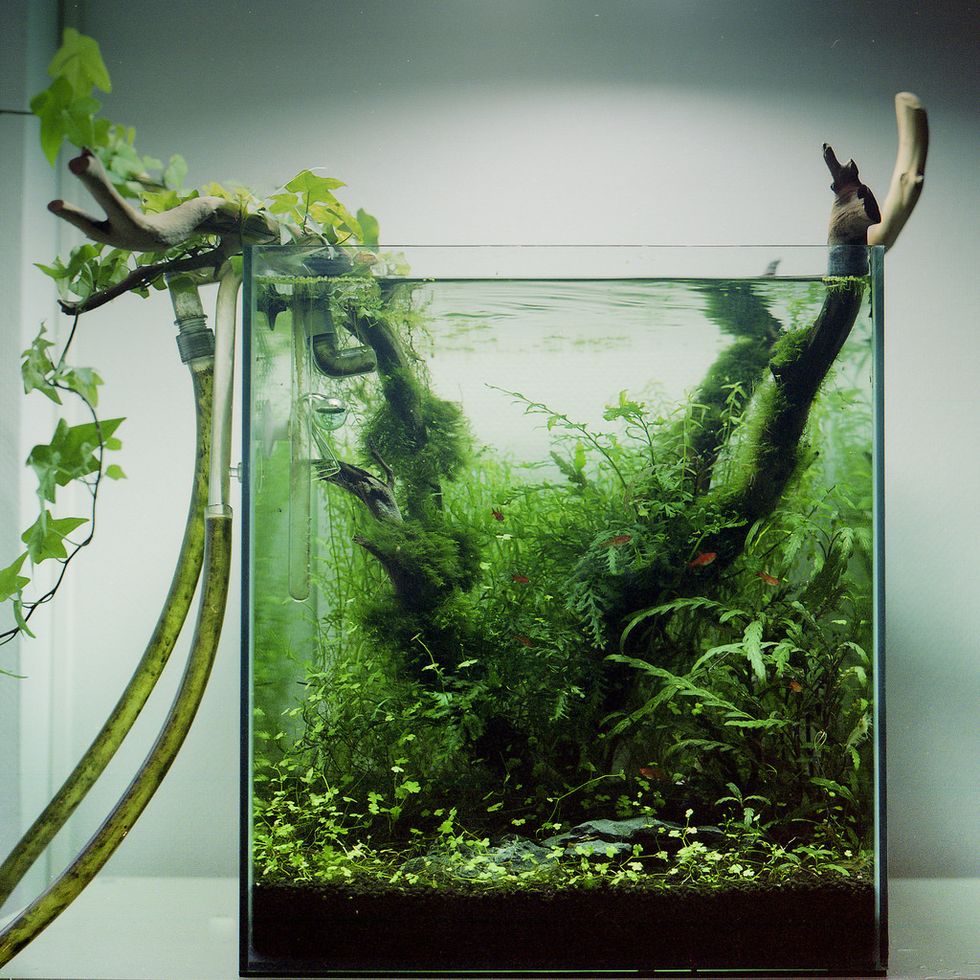 A desktop aquarium adds natural beauty and life into any office, dorm room or apartment. Desktop aquariums are 10-gallons or less and generally used to house small freshwater fish. Even with their small size, they can still be beautifully decorated with pieces of driftwood, small stones, artificial or live plants and/or aquarium safe décor.

It's important to note that tanks less than two gallons should be avoided since they are harder to maintain, and there are very few creatures that can live in such a small environment. A desktop aquarium can still be low maintenance if you don't overfeed the fish or overstock the tank. The one inch per gallon rule helps to determine the number of peaceful community fish (up to two inches) you can keep in your tank. If you have a local pet store in your area that specializes in aquariums, try taking a visit there since they often have fish and supplies that are harder to find. People who work at local fish stores also tend to have more experience in the hobby than those at Petsmart or Petco. Here are the top ten easiest and most beautiful fish for a desktop aquarium.

White Clouds have a silvery white stripe down their lateral line and red fins and grow to be about 1.5 inches. They prefer cool waters, 64°-72°F (18°-22°C) with a pH between 6.5 and 7.5. They can live in tanks as small as five-gallons and don't require a heater. White Clouds also prefer a strong current, so a sponge filter isn't the best option. They will readily accept most flakes, micro pellets and freeze-dried foods available for small community fish.

Bettas are a super popular beginner fish that can live in just a gallon of water. They don't require aeration because they have a labyrinth organ that allows them to take in air when the dissolved oxygen level is low. Bettas come in a rainbow of different colors and a wide variety of tail patterns from veil tail to crown tail to Twin Tail. They require warmer waters between 75° and 86°F (24°-30°C) with a pH between 6.0 and 8.0. Male Bettas should be kept alone, without any tank-mates, if they are in tanks less than 10 gallons. Female bettas can be kept in groups of odd numbers if they are in a tank over 5-gallons. Male Bettas also shouldn't be kept in the same tank without a divider (hence the name Siamese Fighting Fish). They are carnivores and should be fed pellets and occasionally freeze-dried brine shrimp or bloodworms.

The Endler's livebearer is a very colorful and tiny tropical fish that can thrive in a small aquarium. Endler's livebearers look like guppies, but smaller, only growing up to an inch long. These fish come in a variety of brilliant colors and patterns, ranging from red to neon green or yellow with cobra pattern. They can live in water temperatures from 64°- 82°F(18°-28°C) with a pH between 5.5 and 8.0. Endler's livebearers are omnivores and should have a diet of flakes and freeze-dried bloodworms, tubifex, or brine shrimp.

The Chili Rasbora is an easy-to-keep fish that displays a brilliant ruby red color with a black stripe. Chili Rasboras are schooling fish that should be kept in groups of five or more. Since they only grow to a little under an inch, they are suitable for really small tanks. Chili rasboras prefer temperatures from 68°-82°F(18°-28°C), pH from 4-7 and low water flow-since they are so tiny. They accept micro-pellets, crushed flakes, and baby brine shrimp or cyclopods.

The Sparkling Gourami is another beautiful yet hardy fish for a small tank. These fish have a golden body with specks of iridescent red and fins with blue and green spots. Like bettas, they are a Labyrinth fish and do fine in lower dissolved oxygen levels. These fish grow to be about 1.5 inches. They prefer temperatures between 77 °F and 83 °F (25 °-28 °C), a pH between 6.0 and 7.5 and lots of plants. Sparkling Gourami should be fed algae-based flake foods along with freeze-dried bloodworms or brine shrimp.

Japanese Ricefish are creamy white or creamy orange in color. They can live in cooler water from 64° to 72°F and are very adaptable to different water parameters. They grow to be about 1.5 inches long and will accept a variety of dry and frozen foods as well as vegetable matter. They prefer densely planted tanks.

Fancy guppies are very popular for small aquariums. They grow to be two inches long come in a very wide range of colors, from purple to lemon yellow to red to cobra etc. Fancy guppies should be kept in a tank of at least five gallons with water temperature 64-82° F, and pH 5.5-8.0. They will readily accept flakes, micro-pellets, and freeze-dried bloodworms, tubifex, or brine shrimp. Guppies are also relatively easy to breed.

Rosy loaches grow to be between one and 1.5 inches long. Males are light pink/peach in color and females are grey with a black stripe. They can be kept in tanks as small as three gallons with a temperature of 68-78°F and a pH from 6-8. Rosy loaches prefer to be kept in planted tanks. They can be fed sinking pellets or tablets and occasionally some daphnia, blood worms, or brine shrimp.

Clown Killifish have iridescent eyes (under the right lighting), yellow and black vertical bars and a blue and red striped tail. They should be kept in a tank that is at least five gallons. A lid is highly recommended since they are jumpers. The water temperature should be between 73 and 79° F and a pH between 6.0 and 7.5. They prefer brine shrimp and tubifex, but will also accept flake foods.

While catfish are not a good option for small tanks, the Pygmy Cory is an exception. They have a stripe that runs the length of their body and grows to be only an inch long. Pygmy Cories prefer to be in groups and should be kept in a tank with a sandy substrate for them to sift through. The water temperature from 72-79°F with a pH between 6.4 and 7.4. They will accept a diet of sinking pellets and freeze-dried foods.

pets
Report this Content
This article has not been reviewed by Odyssey HQ and solely reflects the ideas and opinions of the creator.