The Best Dog We Ever Had
Odyssey

The Best Dog We Ever Had

Pal; my hero and my dog 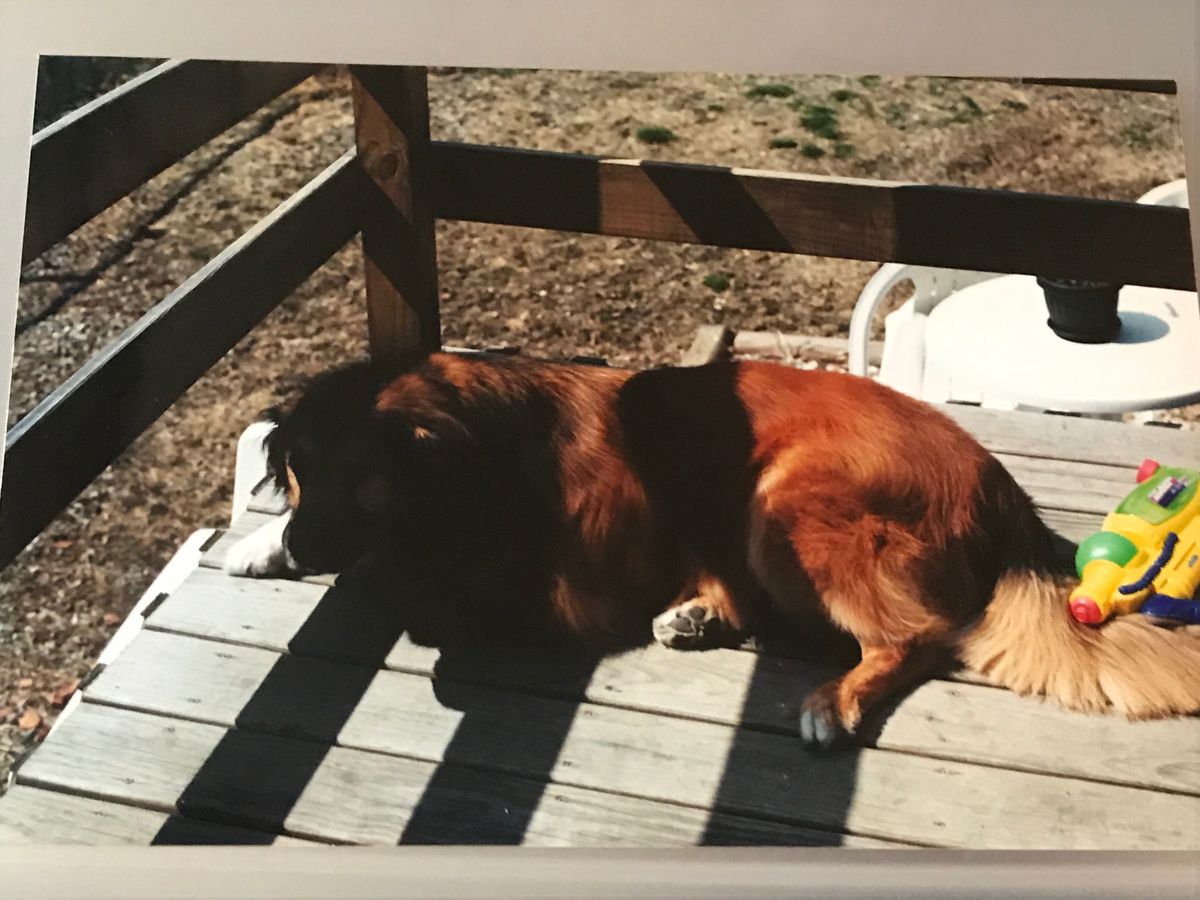 Growing up I never thought I would be the type of girl to have tattoos. Its not that I thought there was anything wrong with them but they just weren’t for me. I was 19 when I got my first one done and 22 when I got the second one. Both of my tattoos have stories behind them, they are remembrances for the ones who made such an impact on my life that after their death I got a tattoo. When I came home after getting the first one I got told I would regret it. When my response was ‘Did you read it’ and afterwards that person admitting that there was no way I would ever regret it.

I was roughly about 7 years old the day my mother brought Pal home from the shelter. Pal was a rescue who was scheduled to be put down the very next day but my mother couldn’t let him go. So Pal joined the family that at that moment was 2 adults, 2 kids, 3 cats and now 2 dogs. Technically one of the cats didn’t live with us, Lucky was a huge mainecoon who lived at my mother’s pet supply store. The other 2 were littermates Laverne and Shirley. Our other dog was Ziggy a miniature schnauzer who thought he ran everything. We always had a house full of animals but Pal was the glue.

Pal had been a rescue from a dog fighting ring who had gone through multiple families before us. After he recovered Pal became the fiercest protector of the family that we had ever had. After some time we ended up moving to an area that wasn’t necessarily the best area. Crime rates were high and my brother and I weren’t allowed to play outside after a certain point. Well one day my mom was walking Pal (only the adults were allowed to walk him) and my younger brother was walking Ziggy, seeing as he just followed the leash and listened to whomever was with him.

Now for some backstory we had a neighbor who lived pretty much diagonal from us who had 2 children and 2 dogs. Now those kids were easily in their teens and the dogs were pit bulls. Well these 2 specifically were very aggressive and went out of their way to threaten everyone. My brother and I actually weren’t allowed to play in the front of the house because of these dogs. They were poorly trained and just problematic to the entire neighborhood. What was more problematic is that one or both of the kids thought it was funny to let the dogs off their leads and let them run loose.

So my Mom and my little brother are walking the dogs due to the fact we didn’t have a fenced in backyard in that house. There was an empty lot at the end of the block not too far from our house and my Mom would go there. Now this lot was across from the house with those dogs. Generally speaking my mom always made sure that the dogs weren’t out due to the fact that if either my brother or I were out my Mom didn’t want to worry about us.

On that day the dogs were out and my mother didn’t realize. While my mother was facing Pal and she heard growling. I was down the block with one of the neighbor kids just playing and witnessed what I will always declare to be one of the scariest moments of my life. My mother stomped her foot and told the dog to leave, he left and my mom thought that was the end of it.

So my mom turns back to the dogs and my 4 year old brother who have been all outside this entire time. A few minutes go by and my mother hears snarling again, as she turns the dog is lunging for her, somehow my mother got brought to the ground as Pal jumped over her and met the dog in mid-air. I went screaming for my father who nearly ran me over to get outside and to my mother and brother. What I saw next has honestly stayed with me until this moment. The owner of the dogs had shown up at this point and was screaming and cursing at my mother (who is still on the ground) and Pal who is standing there in full protect mode between them. The one dog who had charged was laying in the street and the other one started to move towards my brother who is still just standing there.

He had actually dropped Ziggy’s lead and was standing still in absolute horror. Pal after finishing with the one dog just moved in front of my brother ready to die to protect his family. The owner of the dogs grabbed them and sped off, neighbors came and helped my father get my mother inside where my Dad upon looking at my mother’s ankle realizes she needs to go to the hospital. My mom’s telling my Dad no and that he needs to check Pal first. At this point Pal is just standing there watching everything going on and sorry for the image covered. My Dad drops down and immediately starts feeling along all of Pals skin. If he’s been wounded he needs a vet and as my mother said she could wait. By some miracle Pal was uninjured and my mother had only sprained her ankle when she went down.

We moved not too long later and soon it was time for Pal to save my life. I had moved into a very dark portion of my life and at 10 years old had reached the point where I couldn’t cope anymore. I would have rather been dead then to keep going through everything I was going through. I had written out a note and lo and behold Pal had somehow come into my room without me noticing and brought the note downstairs. One of my parents grabbed it and not 30 seconds later my name was being screamed up the stairs.

I went into treatment the next week for the depression that the extreme bullying had put me through. And started going to therapy and group therapy in an attempt to come to terms with the fact that my brain was sick and it could get better I just needed to work at it. If it hadn’t been for Pal I don’t know where I’d be right now.

Now with all dogs we had good times and bad times (like the time he decided that the dog in the next yard needed to be gone). But through all of that I know that no one in my family would change a second. Pal was one of the greatest dogs we’ve ever had and honestly that I will ever have.

Pal died in 2003 with my Mom by his side, while my brother and I were at school. He hadn’t been doing very well and my parents had to make the choice that is one of the hardest in a pet owner’s life. When it’s time for it to end. Pal couldn’t really move well anymore and it was clear his hips were bothering him. He didn’t want to climb the stairs anymore and in fact all he wanted to do was sleep or lay there. So my Mom knew it was time to say goodbye to him. She brought him to the vet and held him as he left this world and crossed over the rainbow bridge.

So when the time came to get my tattoo I knew exactly what I wanted. I wanted his name because I knew that he was standing guard everywhere I went. It’s on my left shoulder and I will never regret it. Pal was a huge part of my life and even though he’s gone I will always remember him. We love you Pal, have a pig ear or 5 in dog heaven and we’ll see you someday.