Not all of the awards are in this article, just the majors. 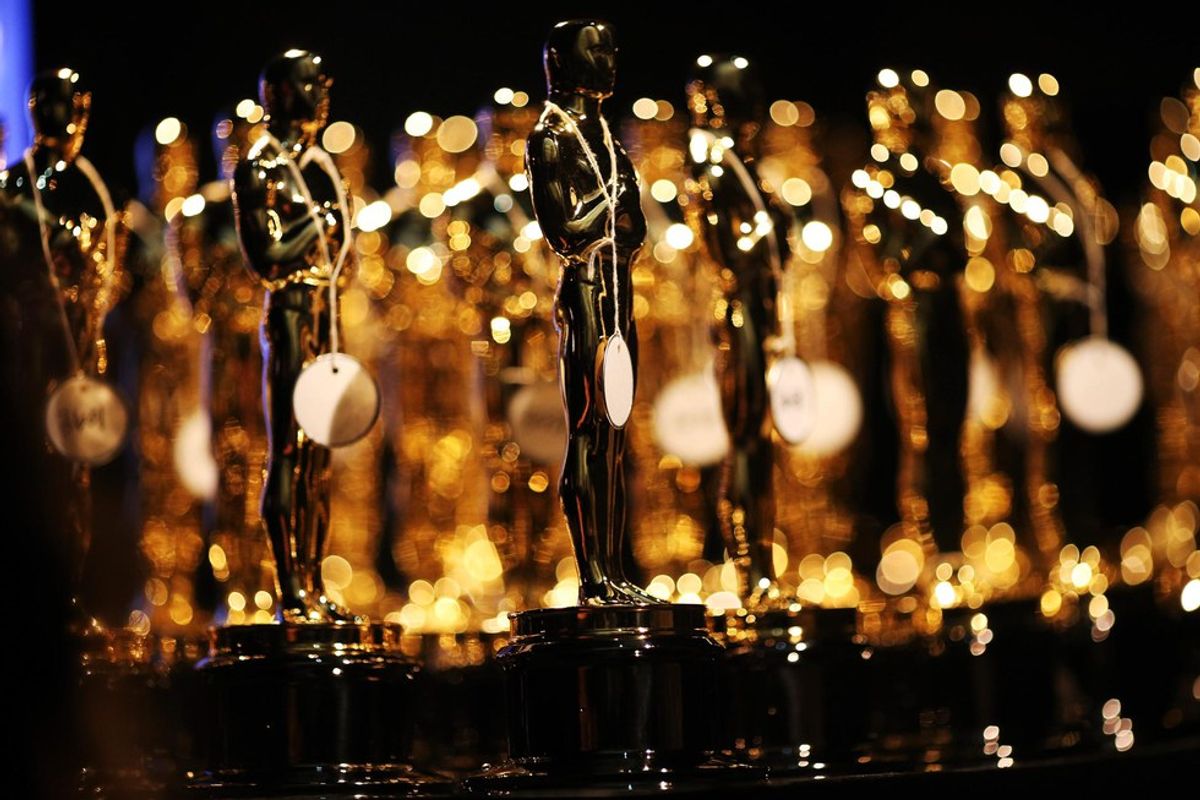 Every year I tell myself that I am going to watch the entire Academy Awards show, but sadly, I never fully come through. Up until the later years of high school, I usually would just watch the ceremony for the Best Picture award. For the past few years, though, I have watched a little bit more and more than the year before. This year I hope to at least watch all of the big awards. Yes, every award is big with it being the Oscars, but we all know there are certain awards the audience has more interest in than others, looking at you 'Production Design'. What makes this year, in particular, different from the past, is myself being employed through the Odyssey, which means I am going to take advantage of this opportunity and write about the Oscars. When I decided to write this article, I did not know if I wanted to do predictions of who I truly thought would bring home the trophy, or if I should implement my own biased mind into the process and just say who I want to win, but I chose to do both. Unfortunately, I will not be predicting every category. I will choose my winners for the major awards, but I have not seen any of the foreign or short films nominated this year, so they will be passed over. I'll begin with the lowest (ranked) awards and move toward the top at the end.

Through every movie I have seen from 2016, "The Lobster," was the most original, by far. Colin Ferrel and Rachel Weisz deliver an impeccable performance as their romance blooms in a bleak world.

The adapted screenplay is one that is not just an original idea, it is 'adapted' from an earlier script or book. My favorite is "Arrival," but unfortunately "Moonlight" is most likely to take home this award.

My pick for this award is the thrilling Doc Strange, but I could also see the award going to either "Deepwater Horizon" and "The JungleBook." However, the CGI in "Doctor Stranger" is absolutely out of this world.

As much as I want one of the two songs from "La La Land" to win this award, I want Justin Timberlake to win an Academy Award more.

I truly believe the musical score of a film is like the crust of a pie. Unless that pie is baked by the Coen Brothers. The music is La La is sorrowfully beautiful.

This is a completely biased pick. Villeneuve is rapidly becoming one of my favorite directors of all-time. Sadly, Damien Chazelle (LaLa) will take this award home.

"Zootopia," being the only movie I have seen from the nominees, has my pick. An original family movie with a very good story, I wholeheartedly hope it wins.

I have not had the chance to see any of the movies that feature the nominees of the supporting actresses, but I do enjoy Naomie Harris more so than the other actresses.

I had heard a lot about "Hell or High Water" being a very heartfelt movie, but I found it a little slow. This movie is good based on the dialogue and performances of the actors. With that, Jeff Bridges realistically gives the audience a great portrayal of a Texas Ranger.

I judge an actor (or actress) on their performance if I don't see them as one of their older characters when screening their new movie. Not only did Stone show me a completely different person than she usually plays, she had to learn choreography to play her part.

I was rooting for Gosling to take home this award until I watched "Captain Fantastic." Mortensen plays a father struggling to raise his kids against the standard norms. He shines as an emotionally broken man who faces challenges in the modern society.

I am being 100 percent biased over this award. I love "Arrival," but "La La Land" is the movie for me.

Caitlin Marie Grimes
University of South Florida
11104
Beyond The States